This Is the United States Postal Service’s New Delivery Vehicle

After a six-year search, the USPS announced it will purchase up to 165,000 new vehicles from Oshkosh Defense to replace aging vehicles in its fleet. 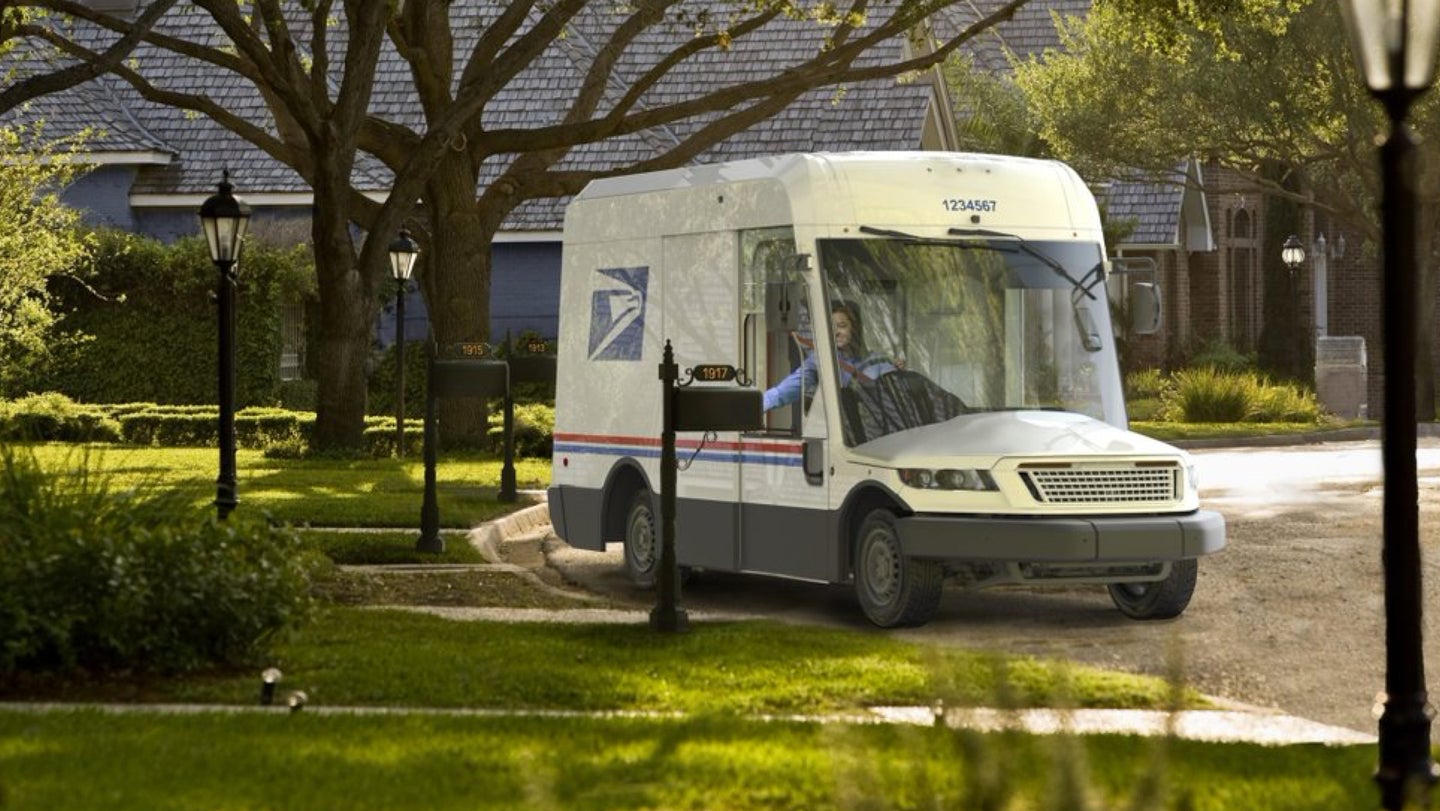 The United States Postal Service announced a multi-billion-dollar, 10-year plan to modernize and improve its services today, starting with the announcement of a replacement for its aging, breakdown-prone delivery vehicles. Oshkosh Defense will deliver up to 165,000 new trucks to the USPS over the next 10 years, marking the end of a six-year search for a new postal vehicle.

Oshkosh will finalize the design of the Next Generation Delivery Vehicle (or NGDV for short) as part of a $482 million initial investment in the new vehicles. That investment includes cash for the build-out of the U.S.-based manufacturing facility for the trucks as well as the plant tooling to build them. The USPS says that the NGDVs will both replace aging trucks as well as expand the current fleet. The first NGDVs are expected to hit the roads in 2023.

Like the iconic mail trucks that came before it, the NGDV will be a right-hand-drive vehicle custom-built for mail deliveries. While some will be EVs, some of the NGDVs will come with modern, fuel-efficient internal combustion engines. As electric vehicle infrastructure improves, these NGDVs will be able to be retrofitted with the battery-electric powertrain later on.

They'll also be a huge improvement over the bare-bones vehicles currently in use, some of which don't even have air conditioning for hot days. The NGDV will have both aircon and heat, 360-degree cameras, air bags, front- and rear-collision avoidance systems, plus braking and traction control. They're also notably larger than many of the oldest trucks, which will help accommodate the increased amount of stuff we order off the internet nowadays.

Last month, President Joe Biden announced that replacing the 645,000-vehicle federal fleet with U.S.-made electric vehicles was one of his administration's priorities, as a way to reduce maintenance and fuel costs, reduce emissions and crucially, put Americans back to work amidst a major economic downturn. In this context, the USPS's decision makes a lot of sense. Oshkosh is an American company based in Wisconsin that already supplies the military with various vehicles.

Previously, Oshkosh's proposal named Ford—another American company with ample manufacturing facilities in the U.S.—as a potential collaborator on the new postal vehicle. Ford was not named in either the USPS or Oshkosh's announcements today, however, but you can imagine that the all-American vibe couldn't have hurt their chances here.

The decision to make some of these new mail vehicles internal-combustion-powered (for now, at least) makes sense as well. While EVs will be nice in cities, the infrastructure to support them isn't very robust yet in many of the smaller towns and rural areas the USPS serves, and we need these trucks in service ASAP. Having a drivetrain that's designed to be swappable for an electric one later is a brilliant solution for when EV infrastructure catches up to further-out delivery routes.

The USPS fleet is one of the largest in the world, with over 230,000 vehicles per the agency's announcement. 190,000 of those vehicles are used for mail delivery. Per the USPS announcement, the Oshkosh contract is an indefinite delivery, indefinite quantity contract for the next 10 years, meaning that the USPS is able to order more postal vehicles during that time. To start off, Oshkosh has the approval for between 50,000 and 165,000 NGDVs, per the company's announcement.

This decision is long overdue, as the USPS's oldest mail trucks had exceeded their expected use life to the point where they were starting to break down and even catch fire, putting mail carriers' lives at risk and damaging and destroying mail in the process. Yet the decision on a replacement for the long-serving Grumman LLV mail trucks (which were made between 1987 and 1994) and other outdated vehicles in the fleet kept getting postponed over and over again. Approximately 140,000 LLVs are still in service, even though they were expected to only remain in use for 24 years. The search for new postal trucks started in 2015.

This will be the most substantial modernization effort of the USPS fleet in over thirty years. The wider multi-billion-dollar plan, which is still to be released, aims to invest in USPS infrastructure, technology and employees to improve the agency's customer service and financial performance.

The USPS "seeks to become the preferred delivery service provider for the American public," per the postal service's announcement. Accordingly, we seek more sweet LLV engine swaps once those babies hit government surplus auctions. Clearly, you shouldn't keep that fire-prone drivetrain for safety's sake. Anybody got a spare Hellcrate lying around or a busted Tesla that still runs?

This 630-HP Drag-Racing Postal Truck Has a 6.0-Liter Small-Block Engine

If you see the owner on the road towing it on an open trailer, stop and talk to him about it. Everybody else does.