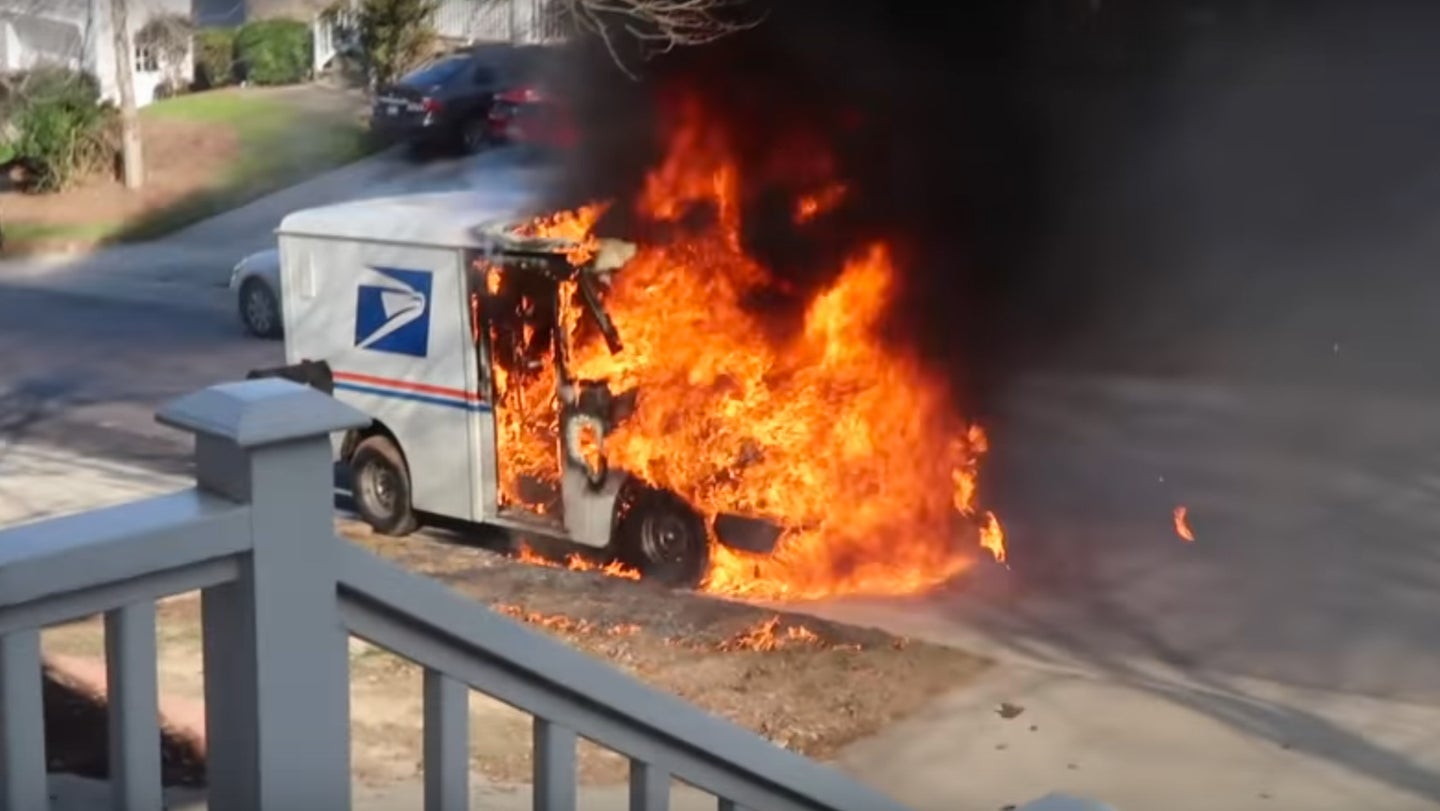 The United States Postal Service has a big problem: Many of the trucks it relies on for deliveries are long past their functional lifespan, prone to breaking down and sometimes they even go up in flames. It's been five years since the Postal Service started its search for a replacement for its iconic but ancient Grumman LLV mail trucks, and we'll have to wait even longer now. According to Trucks.com, the Postal Service's decision on a new delivery vehicle has been delayed yet again to 2021.

After missing deadlines in 2018 and 2019, the Postal Service was supposed to decide which of the three proposals would get its over $6 billion contract to make up to 180,000 new postal trucks this year, but that decision got pushed back to late 2020 amid the COVID-19 pandemic. Unfortunately, we're still stuck dealing with that pandemic, and the USPS has delayed its decision accordingly.

“Amid continuing COVID-19 concerns, and in order to provide for capital investment activities and required approvals, the program schedule has been revised and a decision is now planned for quarter 2 of fiscal year 2021,” USPS spokesperson Kim Frum told Trucks.com.

Frum is referring to the federal government's second quarter, which equates to the first quarter of 2021 for the rest of us.

So far, three teams are still in the hunt for those USPS billions, Trucks.com reports.

Karsan, a Turkish commercial electric vehicle company, teamed up with Michigan-based Morgan Olson. Morgan Olson is a longtime USPS supplier, and the duo plans to build a plug-in hybrid mail truck in the U.S.

Oshkosh Corporation and the Ford Motor Company offered a Ford Transit-based internal-combustion-powered vehicle that would also likely be built in the U.S. That wouldn't be the first time Ford modified a Transit chassis for mail delivery, as it partnered with the German postal service on a Transit-based electric delivery vehicle project several years ago.

U.S.-based electric truck startup Workhorse Group may have had the rockiest road staying in the hunt, as it originally partnered with truck body maker VT Hackney, but it now vying for the USPS's contract on its own, Trucks.com notes. Workhorse paid VT Hackney $7 million for the right to bid on the contract as well as intellectual property related to the project. Workhorse may even rope in EV startup Lordstown Motors to help build the USPS trucks as Workhorse owns 10% of that company.

All we know is, one of those better work out, and soon. The Grumman LLV entered production in 1987 and stopped in 1994, meaning that the newest LLVs are 26 years old when the expected lifespan of the LLV was only supposed to be 24 years. Approximately 140,000 LLVs remain in use, along with other postal vehicles that are now running into mechanical issues like the similar-looking FFV. It's past time to order new trucks, and with so many people who rely on the mail for everything from prescriptions to ballots and rare Volkswagen parts, we simply can't afford to have an unreliable postal fleet.