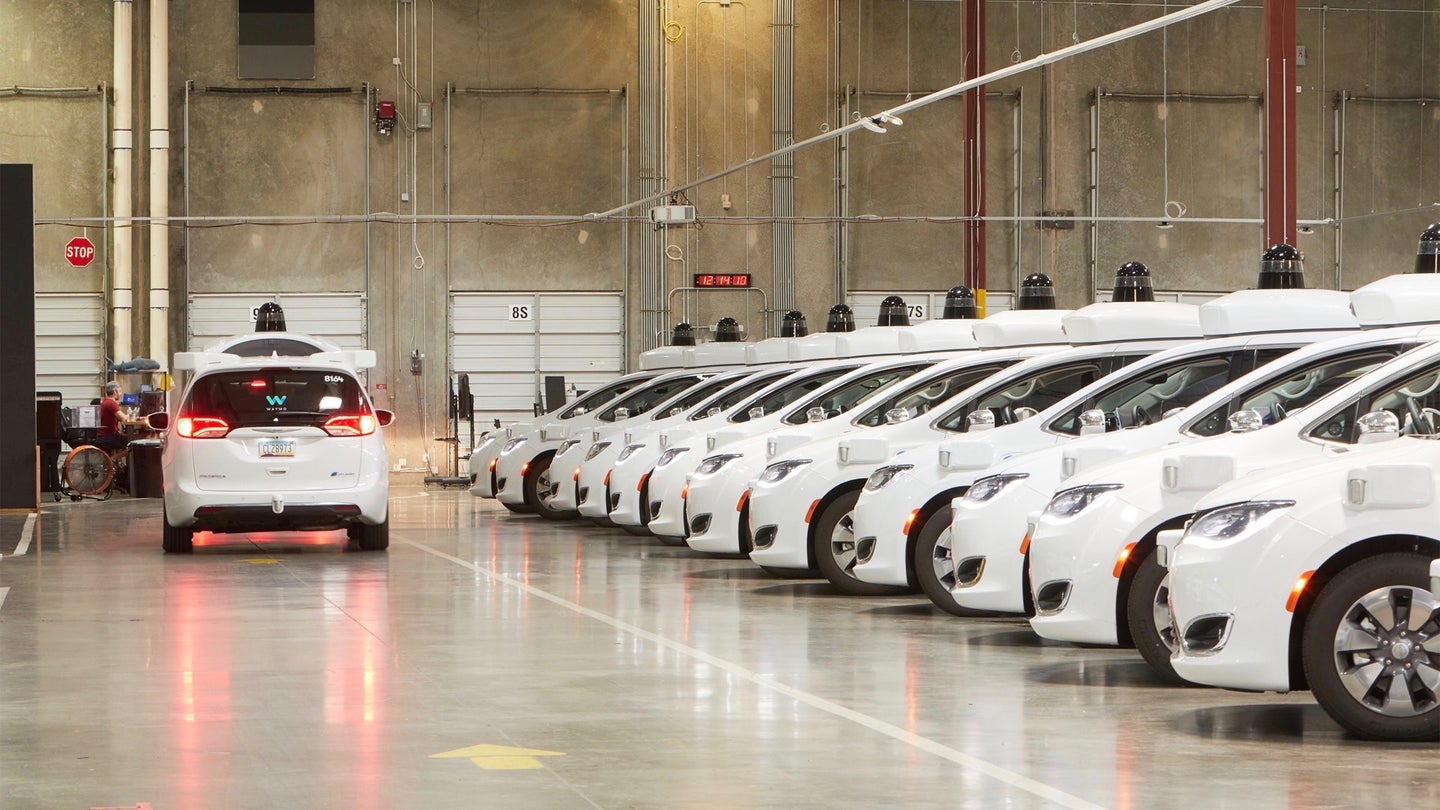 Waymo will open a new service center for its self-driving car fleet in the Phoenix, Arizona, metropolitan area. The 85,000-square-foot facility will maintain Waymo's fleet of modified Chrysler Pacifica minivans, which are used for testing as well as picking up passengers in the Waymo One ride-hailing service.

Waymo vehicles have been driving Arizona roads for more than two years. The Google spinoff opened its first local service center in Chandler (pictured above) in 2016. The new service center located in Mesa will double the capacity for vehicle maintenance, a Waymo blog post said. That will allow Waymo to continue growing its fleet of vehicles in the area.

The Waymo One ride-hailing service launched in December 2018, marking an important step toward the commercialization of autonomous cars. The Phoenix metro area was already one of Waymo's main testing locations, making the white minivans a familiar sight to local residents. But things haven't always gone smoothly. Some residents have grown suspicious of Waymo's presence, and have attacked vehicles to vent their frustration. A March 2018 fatal crash involving an Uber self-driving car in the same area where Waymo operates may have also soured people's attitudes toward autonomous cars.

But Waymo does have the support of state and municipal governments. Arizona has one of the friendliest regulatory environments for self-driving car testing. In a statement, Mesa Mayor John Giles said the city was "thrilled" to welcome Waymo, and that he expects the service center to create new jobs. Indeed, Waymo said it planned to hire "hundreds" of people in the Mesa area to work at the facility.

With most self-driving cars expected to be used in ride-hailing or delivery services, maintenance centers like the one Waymo plans to open in Mesa will be crucial. Companies will need them in order to have a centralized maintenance hub for larger fleets of vehicles. Waymo plans to open a "factory" in Michigan to outfit vehicles with its autonomous-driving hardware on a larger scale, and will soon add the Jaguar I-Pace to its fleet.

Waymo Shakes Up The Sensor Space With “Laser Bear” Lidar

The strongest brand in the autonomous vehicle space now has a product you can actually buy.