With society’s every-growing dependancy on the delivery of goods, the Deliverator aims to fill a void currently found in delivery vehicles. 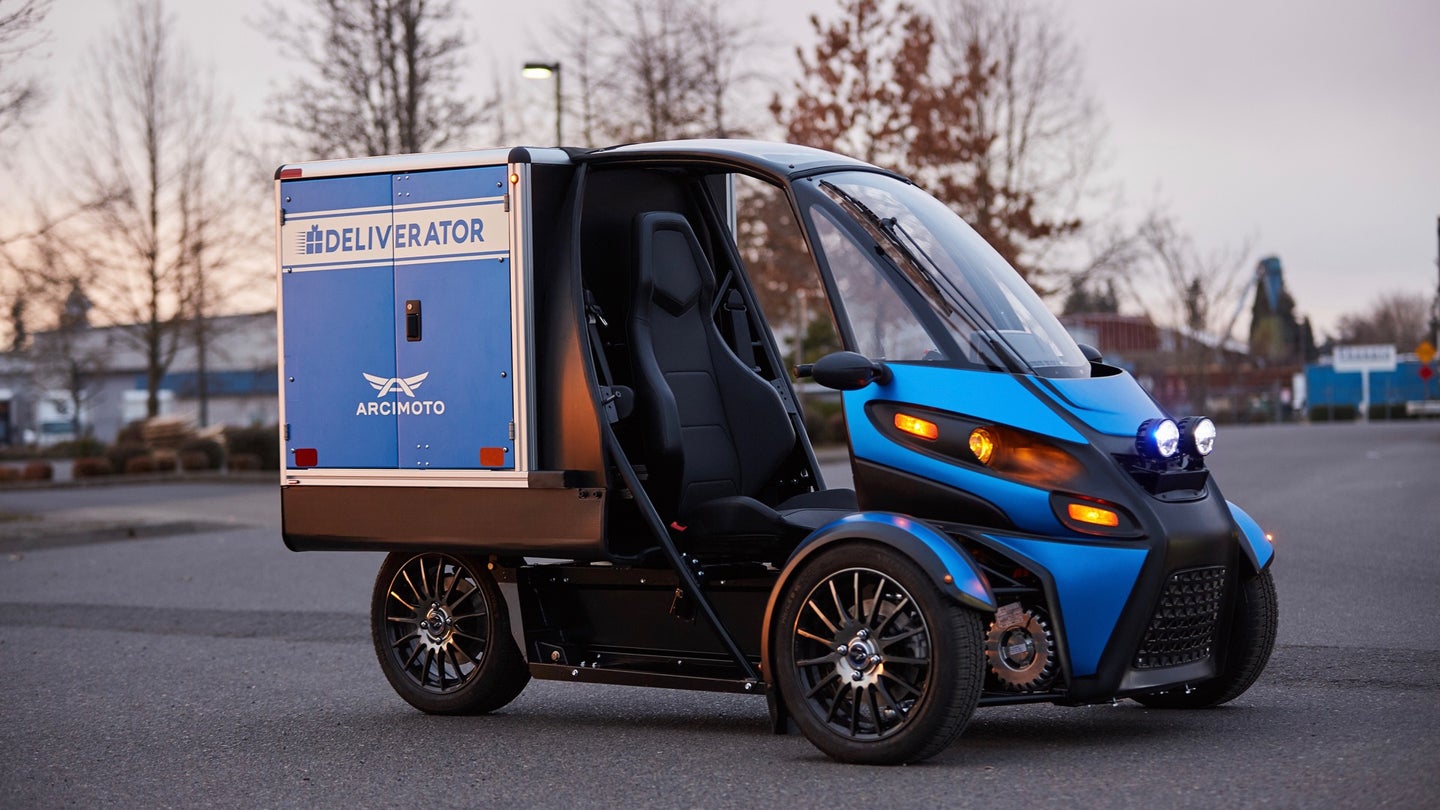 Urban deliveries oftentimes involve items too large for a scooter or motorcycle, but too small to justify a car or van. Oregon-based Arcimoto believes it has the perfect solution: a three-wheeled electric vehicle called the Deliverator.

Splitting the difference between two-wheeled and four-wheeled vehicles, the Deliverator has a cargo capacity of 350 pounds with over 20 cubic feet of cargo space. The covered storage compartment gives the Deliverator an advantage over scooters and motorcycles, with one quarter the footprint of a car or van. The company said it is aiming for a range of 100 miles in city driving, with a top speed of 75 miles per hour.

Arcimoto is currently taking pre-orders for the Deliverator, with production scheduled to start in 2020. The base price is $19,900; Arcimoto said full pricing, options, and specs will be announced "in the coming months." The Deliverator will be built at Arcimoto's factory in Eugene, Oregon.

Several other companies already sell or are planning to sell three-wheeled vehicles. These are usually marketed as alternatives to passenger cars or motorcycles, but Arcimoto is taking things in a different direction by pursuing delivery services as customers. The rise of app-based services like UberEats, Postmates, and DoorDash has led to an uptick in urban deliveries. But these services tend to rely on freelance drivers, who likely want vehicles that can double as year-round, everyday transportation.

We will see how things shape up as we get closer to 2020.

The story of the T-Rex and the V13R roadsters is coming to a sad end.

The Niken GT is more on the touring side of sport touring.