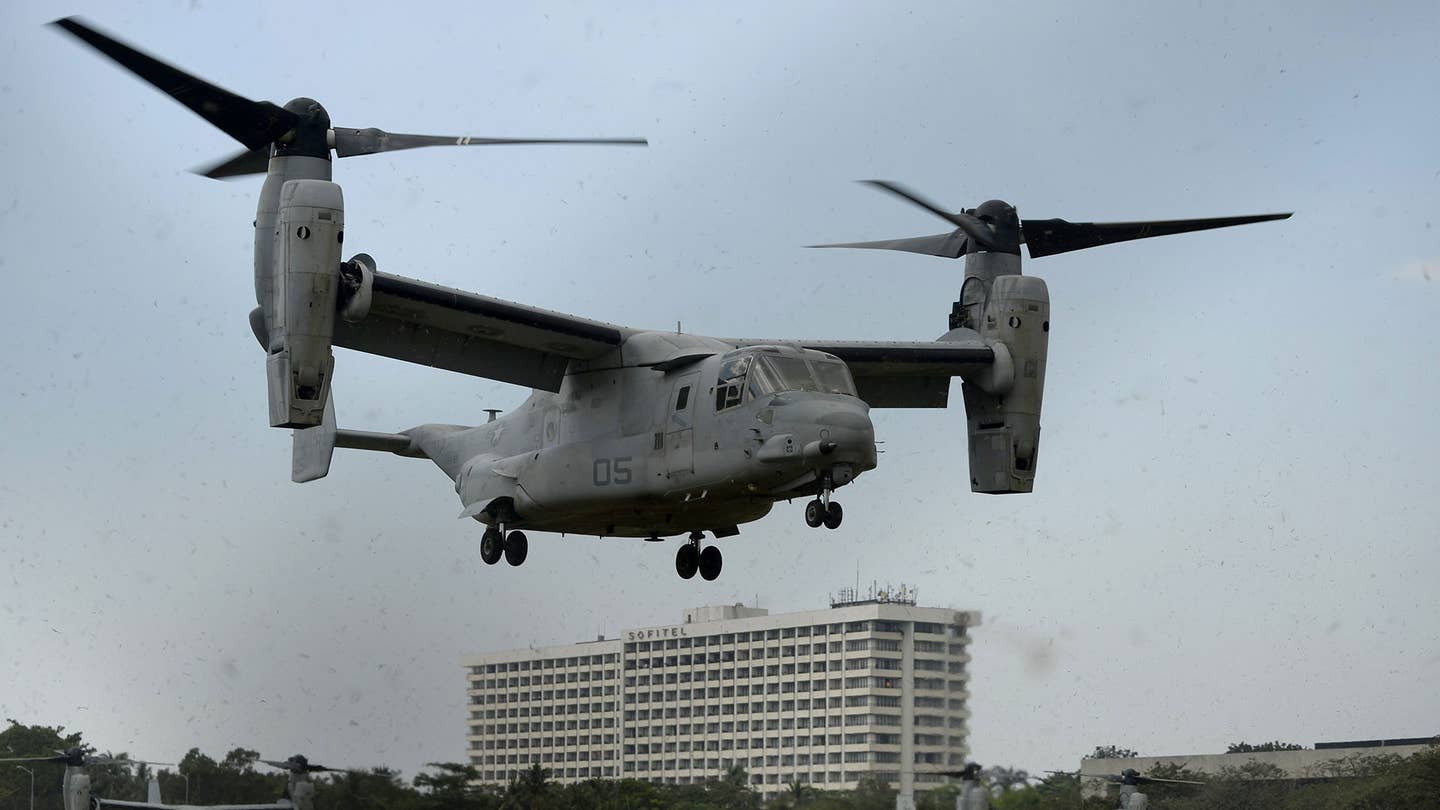 The U.S. Navy is apparently sick and tired of the Air Force and Marine Corps having all the fun when it comes to planes that land like helicopters. The ocean-going branch of America's military is pushing $151 million into developing their own version of the V-22 Osprey—and it wants those planes on carrier decks ASAP.

The naval version, to be dubbed the CMV-22B, will be designed by Bell-Boeing specifically with naval use in mind. That means, roughly, an extra 300 nautical miles of range compared with the Ospreys used by the Air Force and Marines; high-frequency beyond-line-of-sight radio; and a public address system for communicating with personnel on a ship's deck. The planes are expected to take over the carrier onboard delivery role, which involves shuttling people and supplies from ship to shore and back again. (That role is currently fulfilled by the 50-year-old Northrop Grumman C-2A Greyhound, a cargo-carrying version of the Frisbee-topped E-2 Hawkeye radar plane.)

The Navy plans to buy 44 CMV-22B Ospreys, with delivery of the first planes kicking off in fiscal year 2020. That's a tight schedule, but it shouldn't come as a shock to manufacturer Bell-Boeing, as the Navy has had their eye on adding the Osprey to its airborne fleet for some time. The service first announced the plan back in 2015, but that announcement came after years of flight-testing V-22s on aircraft carriers to see if the plane could handle the requirements of ocean-going life.

In spite of a long, messy birth, the V-22 Osprey has become one of the most valuable planes in the American arsenal. Able to take off and land vertically like a helicopter, yet capable of reaching speeds and altitudes no chopper can match, the V-22 is currently used by the Air Force and Marines primarily to ferry cargo and special operations personnel. As of 2016, the Air Force has 42 of the planes, with eight more coming soon; the Marine Corps has 222 Ospreys in service, with another 107 copies on the way.