It’s puppies piloting airplanes. You know you want to watch. 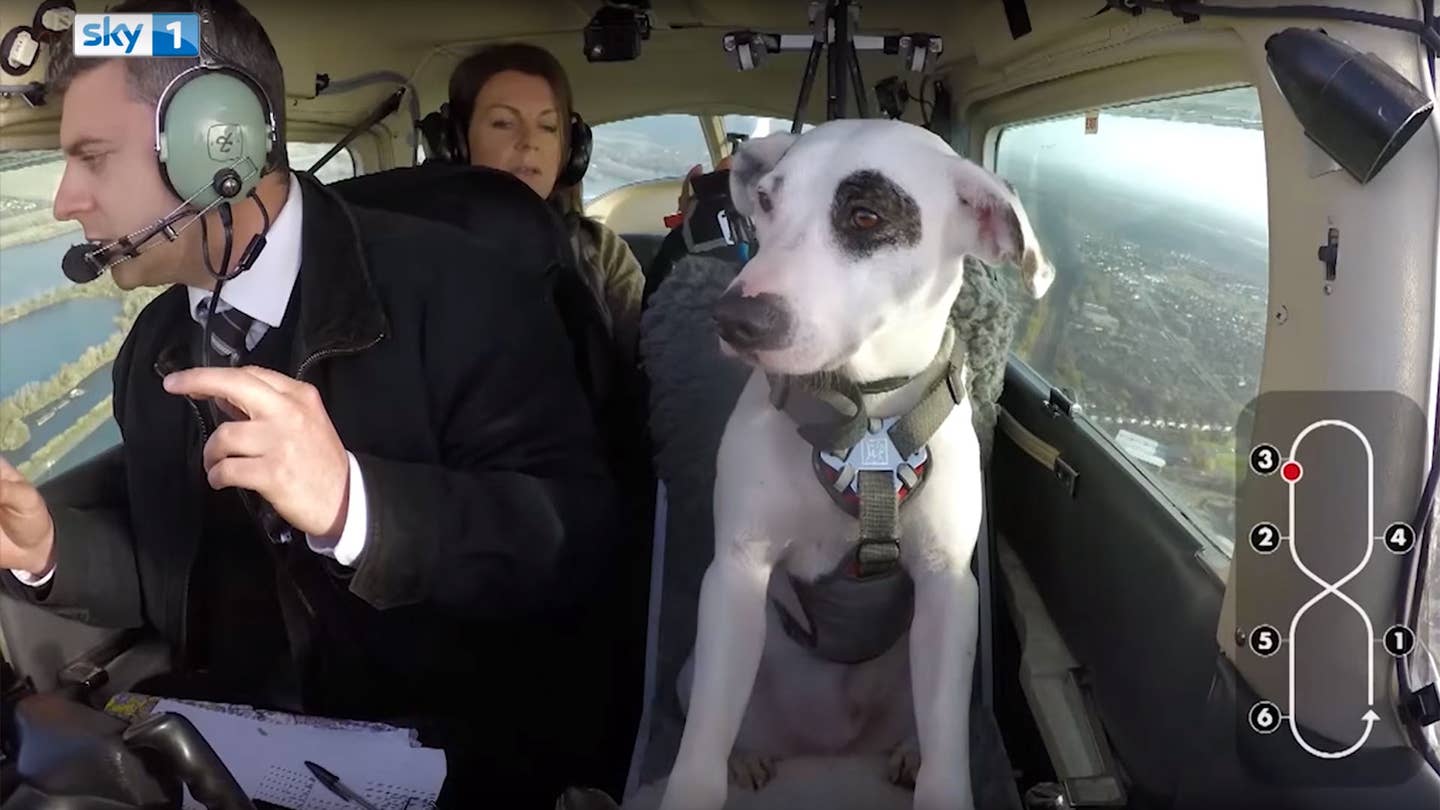 The internet and hyperbole go together like chocolate and peanut ubtter. But trust us when we say that this video of dogs learning to fly a plane is the GREATEST THING YOU WILL WATCH ALL DAY.

Originally aired on Great Britain’s Sky 1 as part of their wistfully-named program “Dogs Might Fly,” this six-and-a-half minute sizzle reel cuts out all the extraneous build-up and jumps right to the heart of the story: Watching real dogs fly a goddamn, honest-to-god plane. These aren’t dogs bred for intelligence, or noted in advance for their aviation skills, either; all the dogs involved were rescues, chosen from the tens of thousands of dogs stuck in the U.K.’s animal shelters.

To turn these pups into pilots, Sky 1 turned to renowned animal trainer Mark Vette and his team. Vette is the man who taught dogs how to drive a specially-modified Mini Countryman in New Zealand back in 2012; he also taught an octopus how to use a camera, and wrangled hundreds of deer through the streets of Auckland for a commercial shoot.

Even so, it took Vette and his team roughly four months to teach three dogs named Shadow, Reggie, and Alfie how to fly. In order to pull it off, they built special canine flight simulators designed to train the pups how to steer a plane using a combination of colored lights and positive reinforcement.

But all that hard work paid off in spades, as...well, we don’t want to spoil it for you. Let’s just say that if you have any feels, prepare for them to be smacked.