A proposal dubbed “A-X” is working its way through the serpentine halls of the Pentagon. 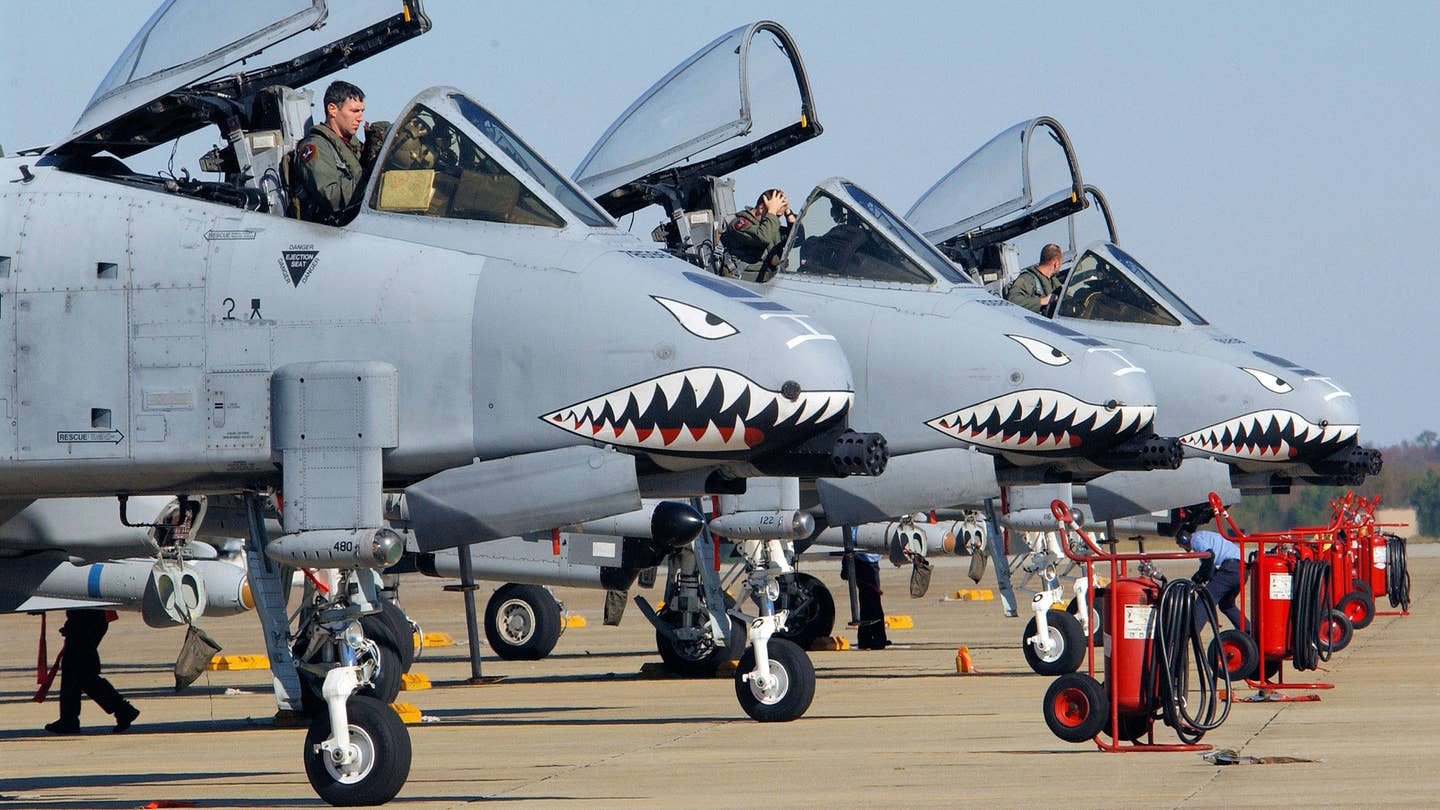 The Pentagon has begun working on a plan to replace the famed A-10 Warthog with a dedicated ground-attack aircraft currently referred to as "A-X," according to a new report from aviation website FlightGlobal. The project is set for review by the Air Force chief of staff before summer.

USAF deputy chief of staff for strategic plans and requirements Lt. General James "Mike" Holmes, whose call sign only makes sense if he moonlights as a rapper, described the document bouncing around the Pentagon as the first step in finding a new plane to assume the A-10's current role.

"We are developing that draft requirements document and staffing it around the air force now,” Holmes said on April 7, according to FlightGlobal. “When it’s ready, we’ll compare that to what we have available, compare it to keeping the A-10, and compare it to what it would take to replace [the A-10] with another airplane.”

If General Mark Walsh, who serves as the Chief of Staff for the Air Force, signs off on the plan, it will be placed in front of a planning committee this fall. That committee will then decide whether the A-10 replacement program warrants inclusion in the Air Force's five-year budget plan for fiscal years 2018 through 2022. (Bureaucracy!)

Holmes said the Air Force has to balance their desire for a capable new weapons system with the financial considerations of how much an A-10 replacement will cost. While the military budget may seem as gargantuan as ever to us laypeople, the military is actually facing a fair amount of fiscal stress these days. With massive projects like the F-35 Joint Strike Fighter, the B-21 Long Range Strike Bomber, and the Ohio-class replacement ballistic missile submarine soaking up much of the DoD's liquid assets, money for a new attack plane could be hard to find.

“If you’re not careful, you can make an airplane that’s so hard to build that you never get it, so you need to hit that capability/affordability line about right,” Holmes said.

As a result, the Air Force is also exploring some ground-attack options that are a little more off-the-rack than a brand-new airplane. Holmes mentioned a few potential alternatives, such as an armed version of a trainer aircraft like the Beechcraft T-6 Texan, a throwback turboprop-powered air-to-ground fighter like the Embraer EMB 314 Super Tuscano, or the built-on-spec Textron AirLand Scorpion light fighter. But none of these would provide the same level of capability as the A-10, which was tailor-made for the role back in the Cold War days.

In spite of the love ground forces and Congress alike have demonstrated for the hardy A-10, the U.S. Air Force has repeatedly stressed that it plans on putting the warplane out to pasture at the earliest possible opportunity. The plane's success against the Islamic State has given it a stay of execution for the time being, but the Warthog—which hasn't been in production for 32 years—isn't getting any younger.

Until now, the airborne branch of the military has insisted that the oft-maligned F-35 would be perfectly capable of taking up the A-10's close-air-support mantle. This, in spite of the fact that the F-35 lacks the A-10's integrated tank-busting cannon, titanium-armor bathtub, high-mounted engines, unswept wings, or almost any of the other features that make the Warthog such an effective ground-attack weapon.

But if the proof of the pudding is in the eating, then the proof of the warplane is in the flying. So the Air Force has reportedly scheduled a fly-off between the F-35 and the A-10 for fiscal year 2018 or 2019. If only they'd done it a few years earlier, they could have had David Bowie serve as judge.