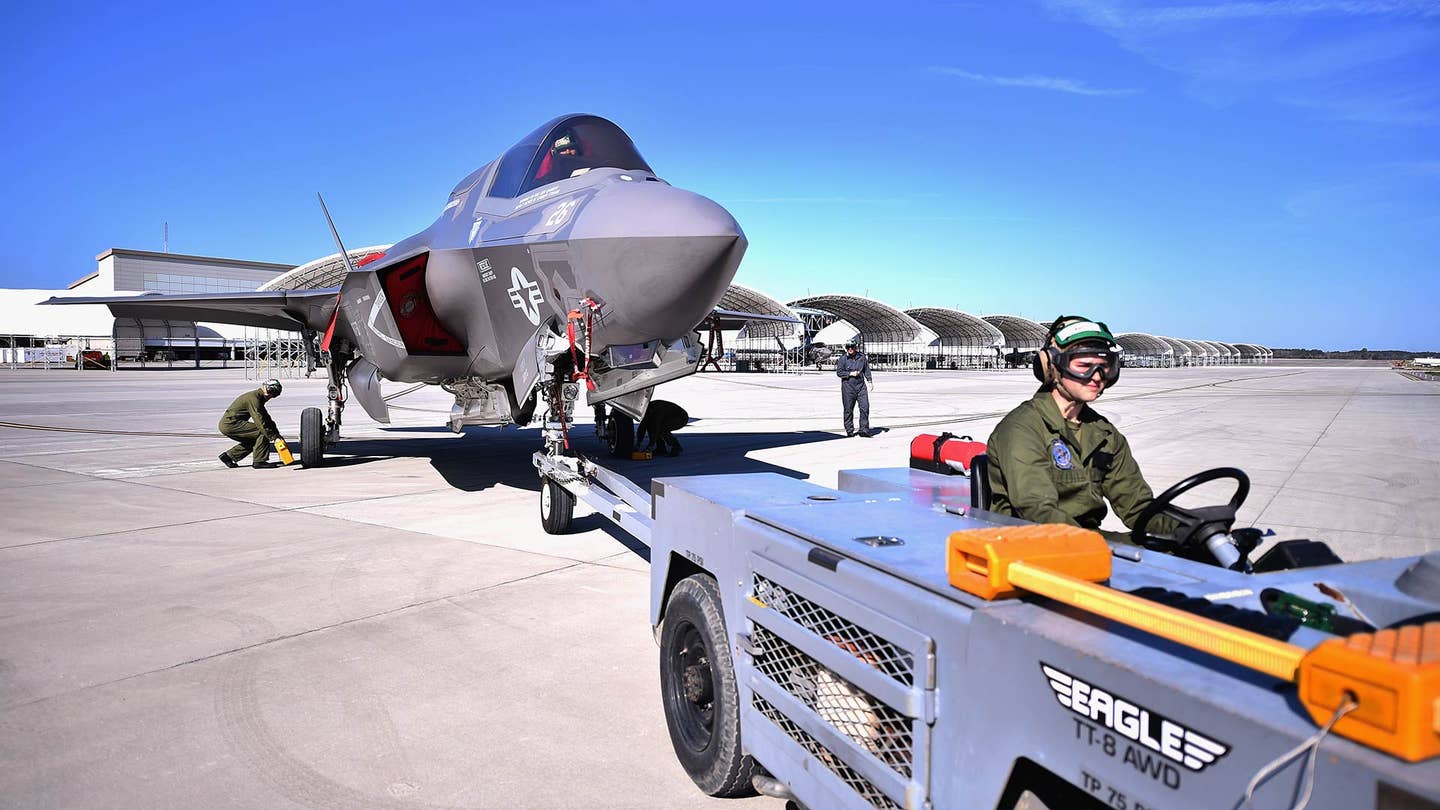 As if the F-35 Lightning II weren't already the poster child for bloated, ineffective military programs, another issue has surfaced about the fifth-generation fighter's feasibility. According to the Pentagon, the F-35's ground-breaking AN/APG-81 AESA radar system has a software bug that can cause it to crash in mid-flight. And, much like your router, the only way to fix it when it's acting up is to turn it off and back on again.

The problem, according to Air Force Major General Jeffrey Harrigian, is one of "radar stability."

"We first started to see it in testing in late 2015," he told IHF Jane's Defense Weekly."What would happen is they'd get a signal that says either a radar degrade or a radar fail -something that would force us to restart the radar."

As you might imagine, that's a wee bit of a hiccup for a state-of-the-art fighter jet that depends on radar to spot and target enemies—doubly so, since the issue turned up in planes that were scheduled for certification and operational deployment. The faulty radar, per Jane's, now represents the greatest threat to getting the fighter ready for action by the second half of 2016. Lockheed Martin has been pulling code writers from other F-35-related software projects to fix the bug.

"Lockheed Martin discovered the root cause, and now they're in the process of making sure they take that solution and run it through the [software testing] lab," says General Harrigian.

This is just the latest stumbling block for the F-35 program, which has been bogged down with issues from the jump. It's had blueprints stolen by spies, been outfitted with bad ejection seats, had its computer filled with inefficient programs, and run over-budget and behind schedule at almost every turn. And even fixing all those problems won't change the fact that the F-35 won't be able to fire a gun until 2019, has almost zero visibility, and would probably lose to the F-16 it's replacing in a real dogfight. At least it looks cool, right?