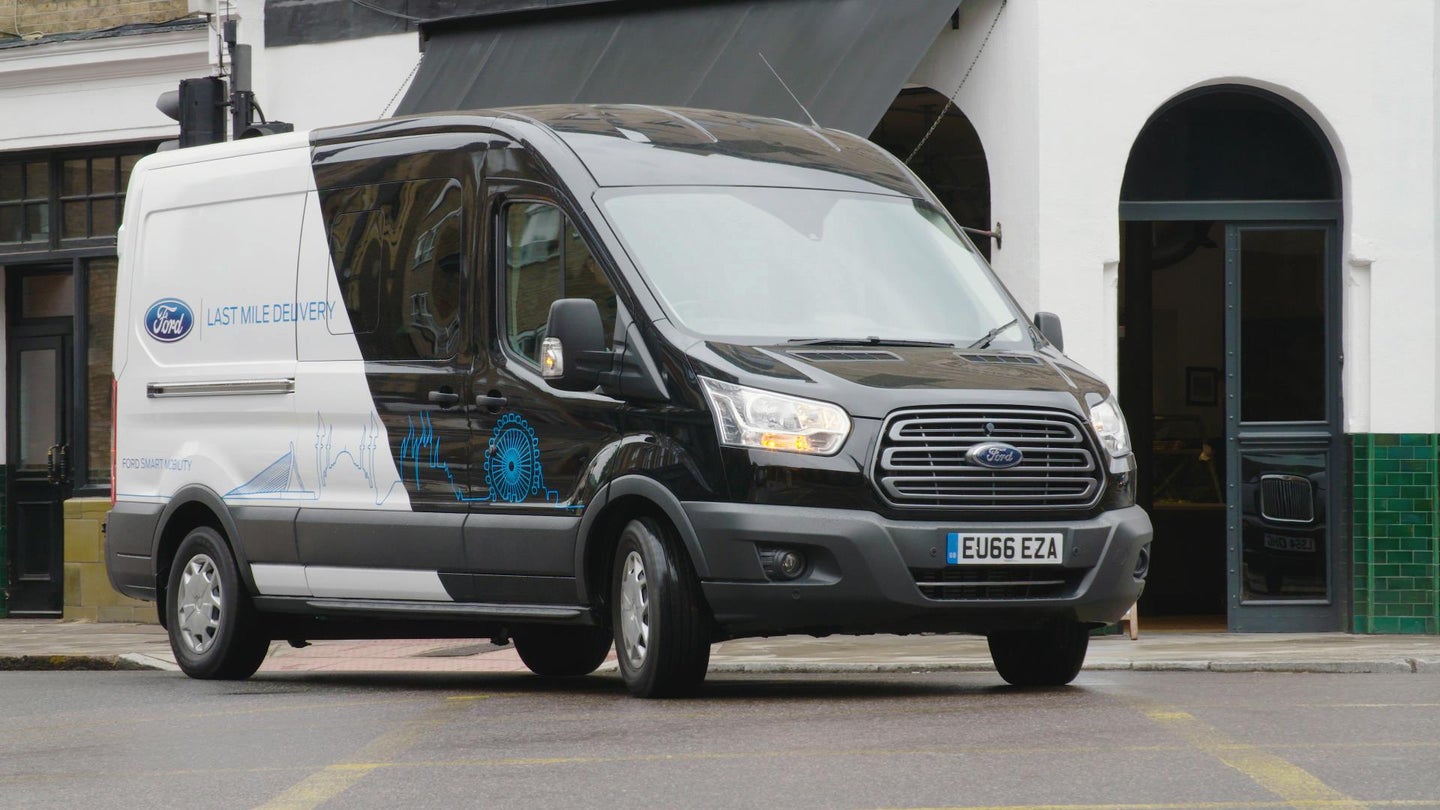 The rise of Amazon and other online retailers has been a boon to delivery businesses, but that means more delivery vans crowding city streets. Ford is partnering with Gnewt, a rising British company in the sector, to test a new method of delivering packages that the automaker claims will reduce traffic congestion and emissions.

Ford is testing the concept, which it describes as a "warehouse on wheels," in London. Standard delivery vans are routed using cloud-based software. They collect packages from a central depot, just like in conventional delivery services, but instead of driving the entire way to a customer's door, the vans park in locations determined by the software. Couriers then pick up packages and complete deliveries on foot. Ford noted that bicycle couriers, or even drones, could be substituted in the future.

This type of service could have a number of benefits, according to Ford. Average travel times in London have increased 40 percent over the past three years, according to government statistics cited by the automaker. Limiting the amount of driving bulky delivery vans have to do on the British capital's narrow side streets could help address that. Fewer miles driven also means lower emissions, and vans wouldn't have to park inconveniently on the curb in front of buildings. It could even offer more convenient delivery windows for customers, Ford claims.

Ford's proprietary software coordinates the movement of each package, determining where a van should stop and hand packages off to couriers. While Ford did not discuss any specific plans to commercialize this software, a press release did note that the software could be used in both Ford vans and those of other automakers.

The London trial is one of many attempts at a "last-mile" delivery service, so named because the last mile is generally considered to be the most inefficient part of the delivery process. Having a driver repeatedly stop, get out of their vehicle, and bring individual packages to customers' doors really slows things down. Instead of using human couriers, Workhorse has tried to address this issue using drones.

Considering how important vans are to Ford's business, it's not surprising that the company is experimenting with new forms of delivery services. Ford is also testing autonomous delivery vehicles in partnership with Domino's and Postmates and is even using fake self-driving cars to test consumer reactions.