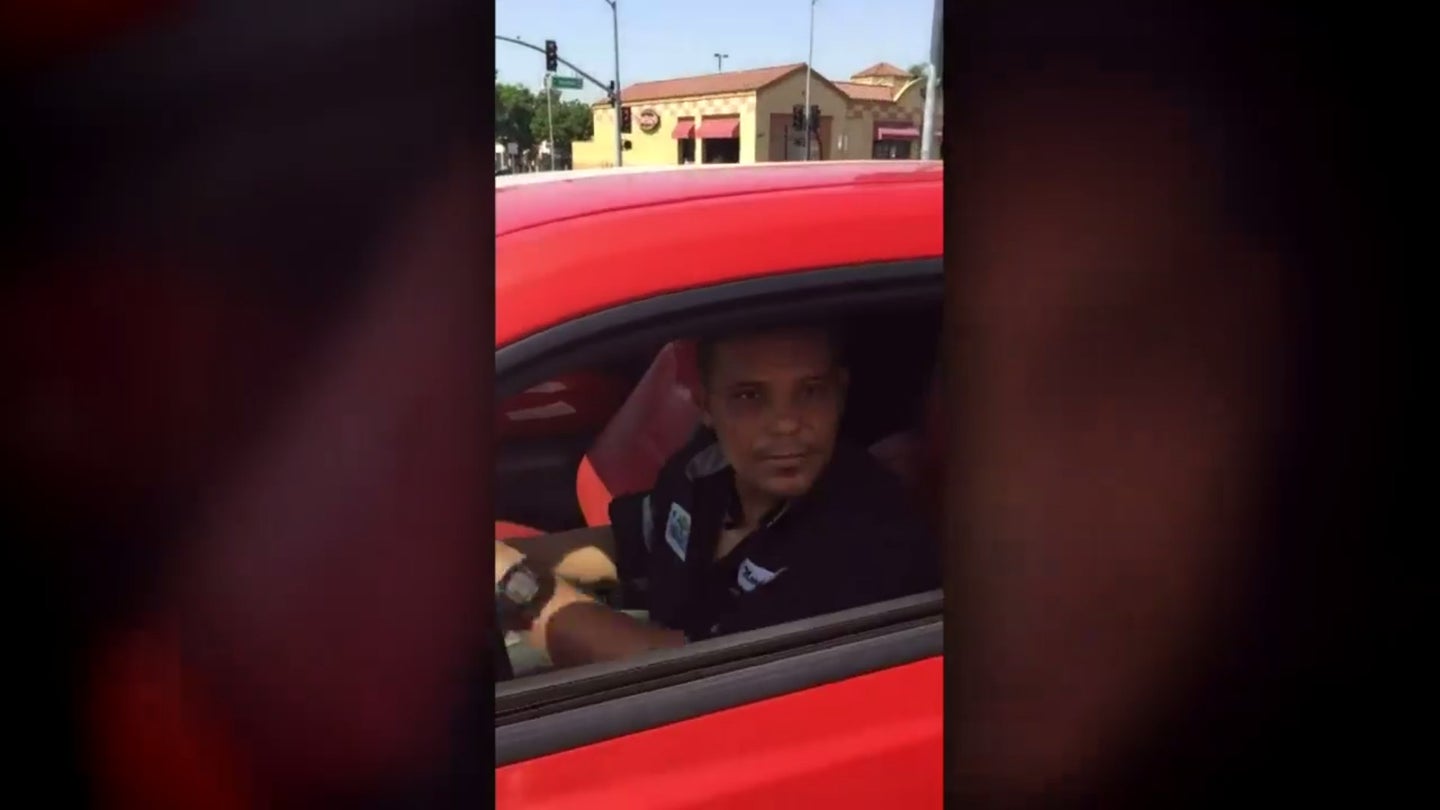 It's one of the most frustrating experiences for a car owner. You drop your ride off to get some work done at the dealership, and when you pick it up, you know—just know—that some jagoff of a tech took it out for a little extracurricular fun. Maybe it's the drive settings, the seat position, or even a simple glance at the odometer.

Or maybe, if you're one angry couple in California, it's the sight of your 1-of-300 Chevy Camaro streaking down a nearby public road and pulling into the drive-thru of a notoriously messy chili-burger joint less than an hour after handing over the keys.

NBC Los Angeles reports that Mari Agredano-Quirino and her husband took their 2010 Chevrolet Camaro Indianapolis 500 Pace Car Special Edition to Chevrolet of Montebello just outside Los Angeles on Friday morning for an oil change and a small repair to the HVAC system. After waiting around for a bit, the couple drove off in their other car to go get lunch while the work was allegedly being completed.

Waiting at a traffic light near the dealership, they spotted an identical bright orange Camaro with Indy badges and racing stripes speed across the intersection, weaving through traffic. "My husband said, 'Babe, I think that was our car.' So we followed it. He was going so fast we couldn't even catch up. Finally, a few blocks down, we see him pulling in to the drive through of a burger restaurant," she wrote on Facebook.

That restaurant in question would be Original Tommy's Burgers, an old-school southern California chain known for their sloppy chili cheeseburgers. In other words, exactly what you want a joyriding tech to be eating in your car.

Agredano-Quirino stormed up to the man as he waited in the drive-thru lane and whipped out her phone to record the evidence. The confrontation is searing and satisfying; the man's awkward fumbling is top-notch.

Agredano-Quirino told NBC Los Angeles that he turned "white as snow" as soon as he realized he'd been caught, adding on Facebook that he scratched the rims on the concrete curb while attempting to reverse and took off without picking up his order.

Making matters worse, the dealership allegedly tried to cover it up by telling couple their car was "unable to be found" when they returned. When they showed a "smirking" manager the video, he told them it was against the rules, but that it did happen sometimes, according to her Facebook post. After the video went viral over the weekend, Chevrolet of Montebello's owner Chris Teague posted an apology video on the dealership's Facebook page, calling the incident "embarrassing" and promising it would never happen again.

They also reportedly offered to refund her service charges, but she told NBC Los Angeles she doesn't want compensation, or even the employee's head. She just wants people to be aware of this problem.