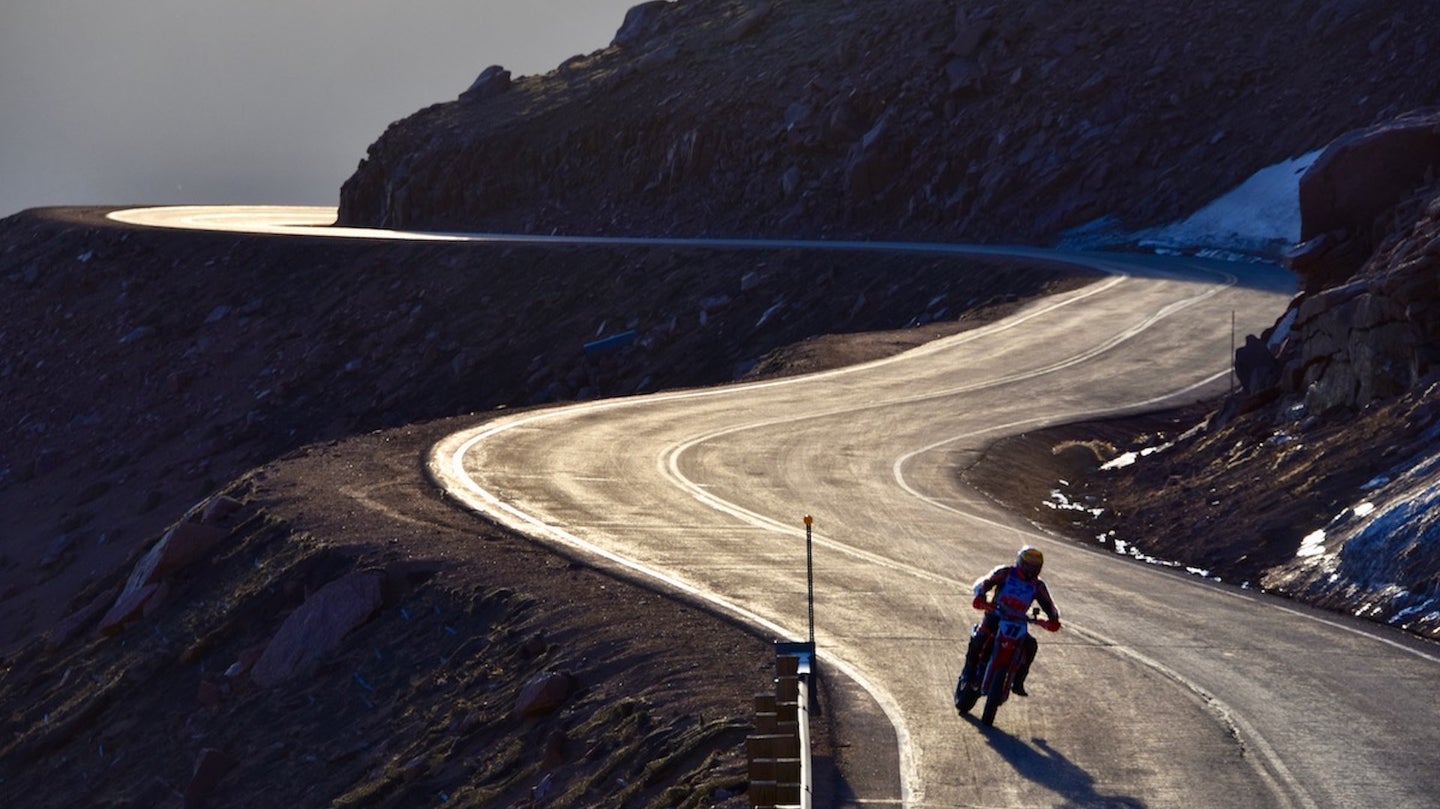 The 98th running of the Pikes Peak International Hill Climb will not feature a motorcycle class in 2020, according to Colorado Spring's Gazette. The somewhat-expected cancellation comes shortly after the death of popular Ducati rider Carlin Dunne, who died in a final-corner crash during this year's race.

According to local report's, the race's board of directors moved against hosting motorcycles on the famous mountain again in 2020. Motorcycle racing at Pike National Forest has been a staple of the world-famous hill climb, dating back to 1916. However, two-wheeled machines have only joined their four-wheel counterparts in 41 of the 97 years the race has taken place, mostly a result of cancellations due to the many dangers involved.

The cancellation of next year's motorcycle program will successfully end a 29-year continuous streak of motorcycle racing on the mountain.

"That said, the motorcycle program hasn’t been an annual event,” Board Chairman Tom Osborne said in a statement. “They have run only 41 of the 97 years we’ve been racing on Pikes Peak. It’s just time to take a hard look at every aspect of the race, including the motorcycle race, and determine whether or not the event may change.”

Three motorcyclists have lost their lives at the mountain since 2014, but Dunne's worldwide popularity put the dangerous race on the map last month—and sadly not for its many awesome qualities. Despite officials not mentioning Dunne in the official release, it's not difficult to connect the dots. Even Dunne's mother previously expressed that it wouldn't have been her son's wish for the racing to stop, but for his crash to serve as a learning experience.

"Carlin loved the mountain,” said Dunne’s mother Romie Gallardo following her son's passing. “She challenged and enticed him, calling him back again and again. He gave her due respect. He was fully aware of her ability to ‘take.’”

“He would encourage the official accident reconstruction authorities to do what they are trained to do, and for the race officials to implement additional safety precautions required,” she said.

The board of directors finished by saying that they would closely monitor the track's metric's during next year's event and make a final decision in late 2020 about the future of motorcycle racing at Pikes Peak.