From pre-war racers to rally racing legends and even modified cargo vans, Pikes Peak is where it’s at if you dig vehicular variety. 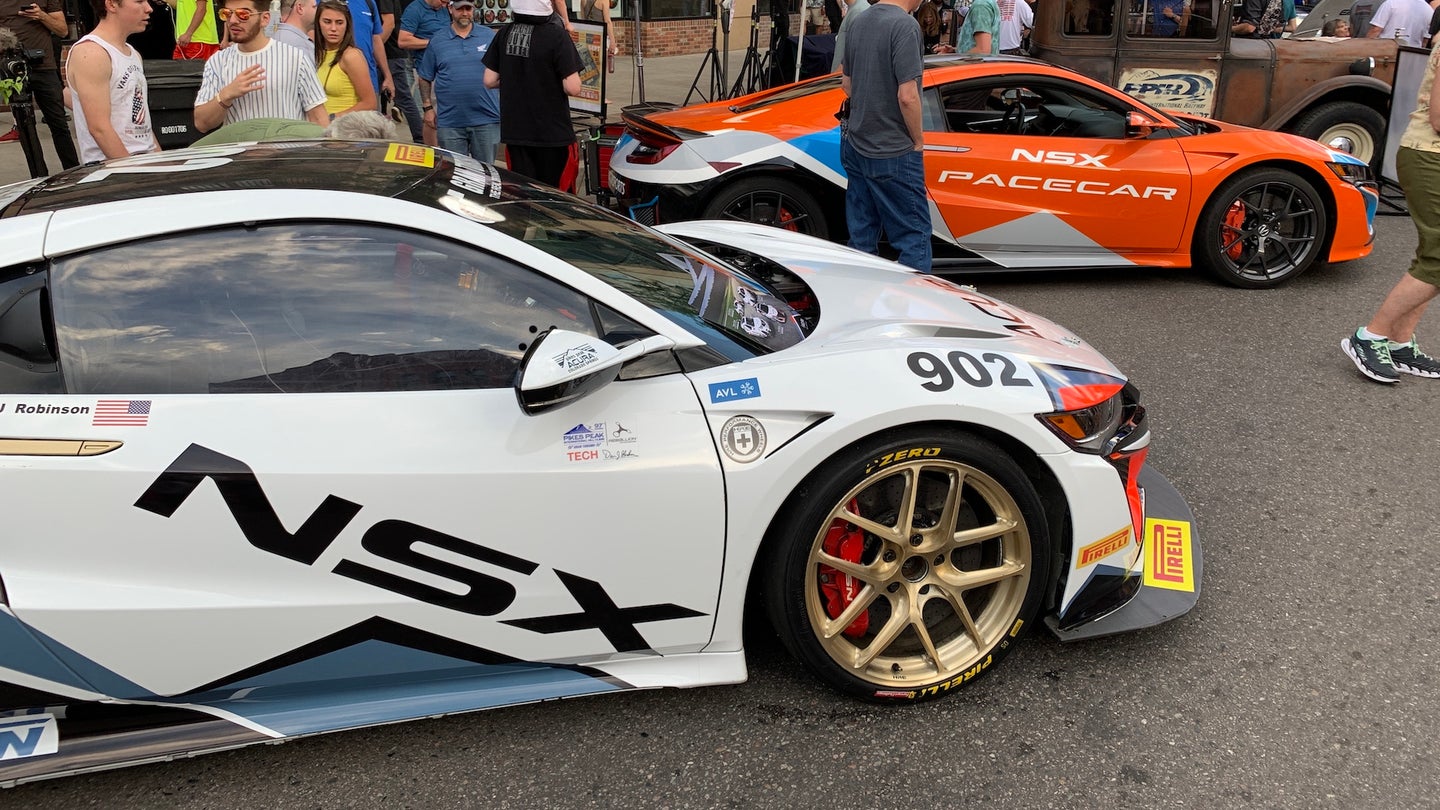 The second-oldest sporting event in the United States will take place Sunday at Pikes Peak—otherwise known as America's mountain—in Pike National Forest. As a result, cars of all shapes, sizes, genres, and budgets have congregated for the 97th running of the Pikes Peak International Hill Climb, making it a primo spot for car-spotting.

Friday's fan zone in downtown Colorado Springs, Colorado brought thousands of car and racing enthusiasts to check out both the "amateur" and professional race cars that will be competing in Sunday's race. We had the chance to get up close and personal with Acura's four-deep lineup of modified street cars (plus a TLX race car), a race-prepped 100th anniversary Bentley Continental GT, the all-new Dodge Charger Hellcat Widebody, all the modified Subaru STIs you could ever imagine, some hot BMW motorcycles, and even an overland-modified Mercedes-Benz Sprinter by Red Bull.

Our exploratory mission also took us to the Penrose Heritage Museum at the stunning Broadmoor compound, where the entire history of Pikes Peak sat before our eyes in a single building. There, we got to witness some of the early-model Pierce Arrow race cars that kicked off the event back in 1916, drool at the "Lexington" from Indiana, which was the first two-time winner of the hill climb, as well as some of the more modern race cars with outrageous aero kits and ridiculously powerful turbo engines. Heck, there's even a twin-engine Suzuki Cultus driven by Nobuhiro "Monster" Tajima, which quite literally features two 1,600cc engines—one in the front and one in the back—for a total of 789 horsepower.

Lastly, a quick drive up to the 14,115-foot summit in the 2019 Acura NSX allowed us to experience first hand the savagery and outright danger of the 156 corners Pikes Peak has to offer. Oh, and in case you're wondering, the oldest sporting event on American soil is the Indy 500, which began in 1911 and will celebrate its 104th running in 2020.

Dodge’s new muscle car will get a chance to flex its 707 horsepower on its way to the sky-high summit.