The 11 Most Spectacular Le Mans Moments Caught on Film

Digest these amazing clips before the latest running of the race kicks off on Saturday. 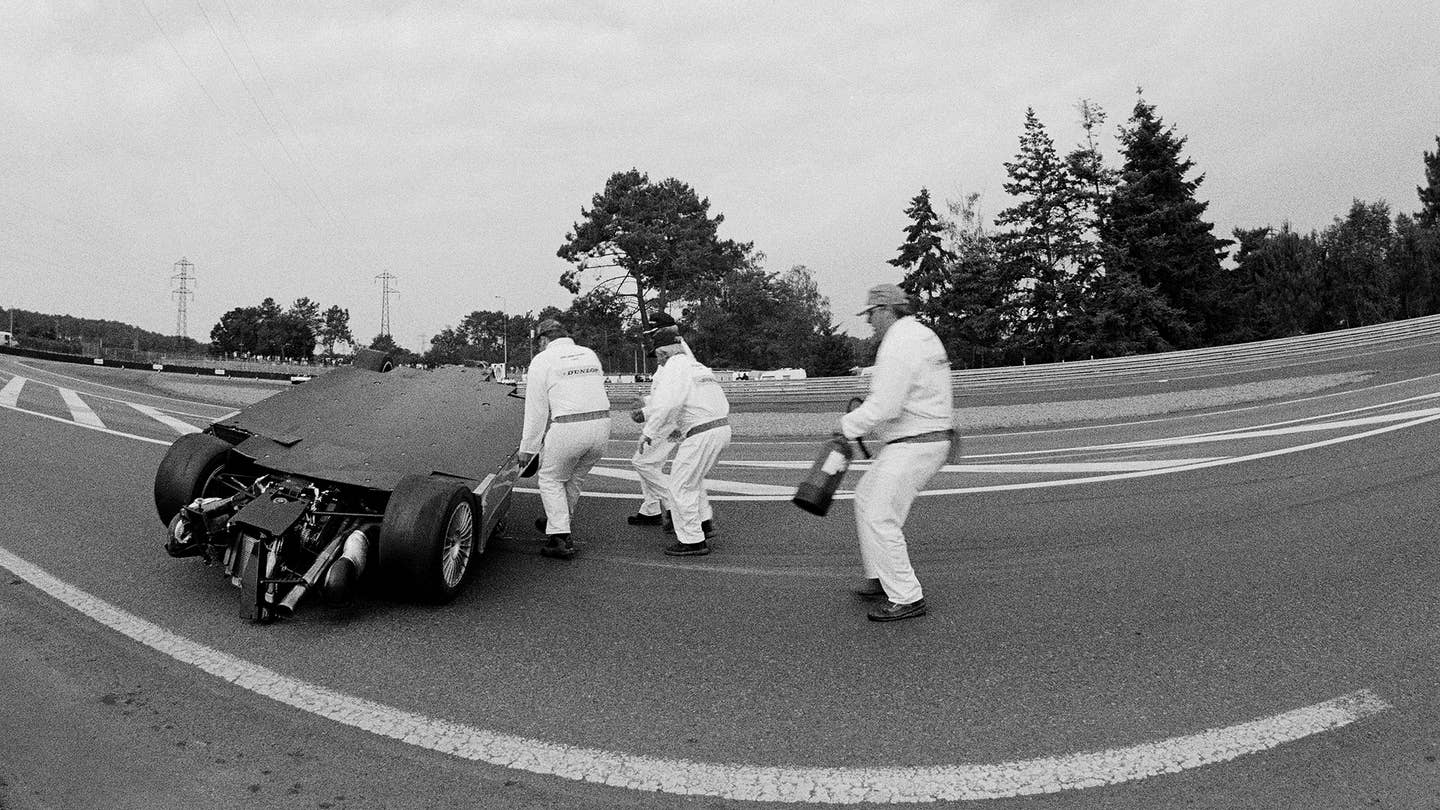 The 24 Hours of Le Mans is the world’s oldest endurance race, having kicked off in France back in 1923. Like the other events that comprise motorsports’ “Triple Crown,” the Indianapolis 500 and the Monaco Grand Prix, the 24 Hours of Le Mans is about raw speed, precision driving and incredible teamwork. But unlike those races, outright pace becomes almost secondary to a car’s durability and economy. Where else could diesel race cars achieve such crushing success?

The grueling nature of the race, in which cars cover distance as long as that between New York and Los Angeles, makes for exhilarating—and often terrifying—racing. Rain, wind and darkness sweep across the circuit, making blasts down the Mulsanne Straight white-knuckle affairs. Tires wear quickly, and as the night continues, drivers do, too. A mix of exhaustion and ambition forces heart-pounding maneuvers and, sometimes, grave errors.

For those looking to bone up on Le Mans past, YouTube has become an invaluable resource. All the race’s greatest victories, most acrobatic crashes and, yes, gravest accidents from the 1950s onwards are on display there, illustrating the depth of talent and bravery of all the teams who’ve ever braced the Circuit de la Sarthe. Below, we’ve curated 11 unmissable moments, all viewable from your desk chair. Try and get them all in before 9am Saturday, when the 2016 running of the race begins.

Experiencing Le Mans For the Very First Time, and Not Caring

We talked to Chip Ganassi about the return of the mighty Ford GT.