This is how racing should be. 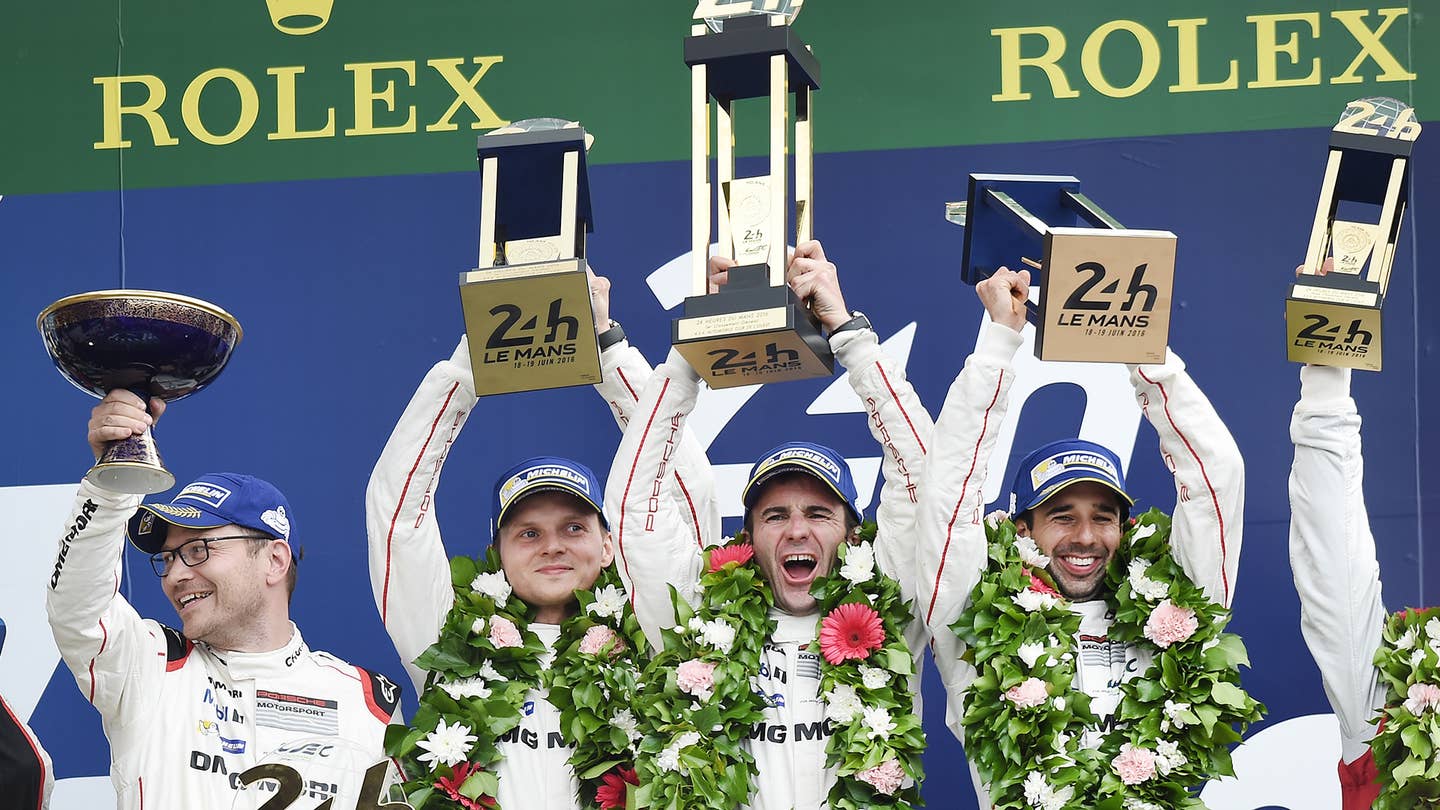 Be gracious in victory, let defeat stoke the fires. In the aftermath of one of the wildest runnings of the 24 Hours of Le Mans, both Toyota and Porsche are reminding us that the best part of racing comes from the heart. Technology changes, people don't.

Porsche, which claimed its eighteenth overall win by virtue of Toyota's heartbreaking mechanical failure on the last lap, took to Facebook yesterday to pay respects to the competition. The message, posted with a picture of the Toyota TS050 #5 at speed, was simple:

Toyota's efforts certainly earned the respect of the fans, but to see Porsche's juggernaut also publicly acknowledge their rival may ease Toyota's pain. Respect, after all, is handed out parsimoniously on the race track.

Meanwhile, Toyota President Akio Toyoda had a slightly different message. After congratulating his team on a hard-fought battle, and sending out his own tip of the cap to Porsche and Audi, he added the following:

“We at Toyota GAZOO Racing are 'sore losers.' We do not compete without knowing the feeling of loss. Having tasted the true bitterness of losing, we will return to the World Endurance Championship arena next year, and we will return to compete in the battle that is the 24 Hours of Le Mans. We will be back next year, reborn, and ready to take you on with all of our might. Look out for the 'sore losers,' Toyota, on the track next year. The fight is not over!”

There are, of course, other forms of motorsports out there. However, on the world stage, Le Mans just keeps getting better and better. Start the count-down: 364 days to go.