“Graham” was built to show how we would have to evolve to survive major car crashes. 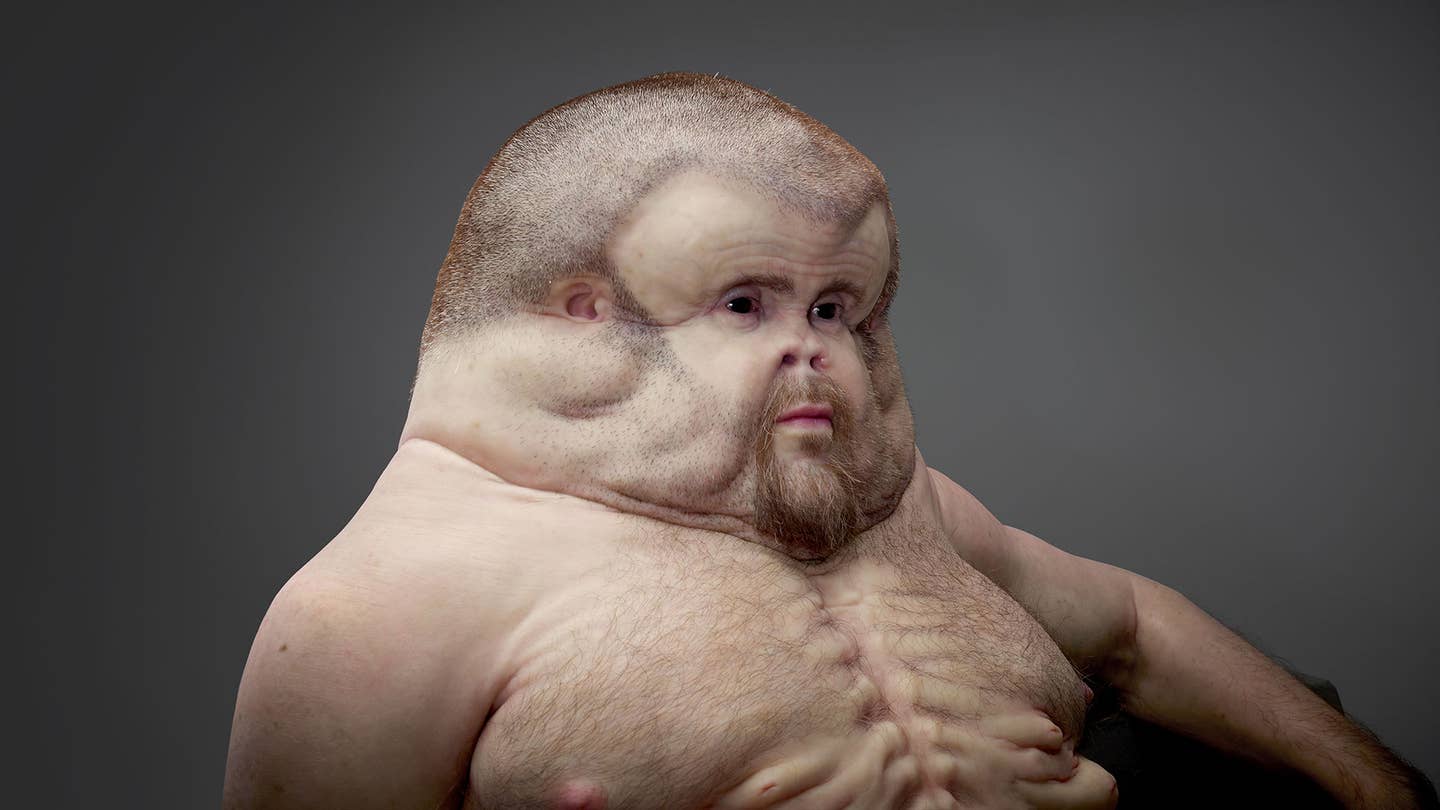 Humans have a unique problem in the animal world. One hundred years ago, our brains evolved to a point that they were capable of imagining and executing the production of cars—marvelous machines that can fling our fleshy primate bodies along at speeds well over 100 mph. Our bodies, though, didn’t have time to evolve in tandem, leaving us vulnerable to gruesome injury when our cars crash, or crash into us as pedestrians. To demonstrate the ways in which we are unprepared for the physics of a car accident, Australia’s Transport Accident Commission commissioned the world’s most unsettling, humanoid sculpture, Graham.

Unlike his makers/living counterparts, Graham’s physiology is uniquely designed to withstand the G-forces and impacts to which a body is subjected during a car crash. It starts with his brain, which is tethered to his cranium by strong ligaments so that it won’t smash into the skull and bruise or bleed. He has no neck, as that vulnerable, nerve-rich stalk can snap when the heavy human head sways back and forth in a whiplash motion. To augment the energy-diffusing power of airbags, Graham is himself equipped with a smattering of fluid-filled sacks, for further cushioning. Beneath the sacks, Graham sports reinforced ribs, to protect his organs. His feet have been replaced with hooves so that, as a pedestrian, he might be able to leap out of harm’s way. Like a deer, if deer had the strength of mind to do so when their own lives were on the line.

The rhetorical point? We can’t force a change in human physiology, at least not within the next 500,000 years. What we can control is how carefully we pilot our cars. The only person who should drive with the same recklessness that many a drunk, teen, tired or distracted driver brings to the road is Graham and, well, he’s a highly-unnerving, hyperrealistic illustration of everything humans aren’t: crashworthy. Be safe out there, humans.