Is this what  "granny shifting" means? 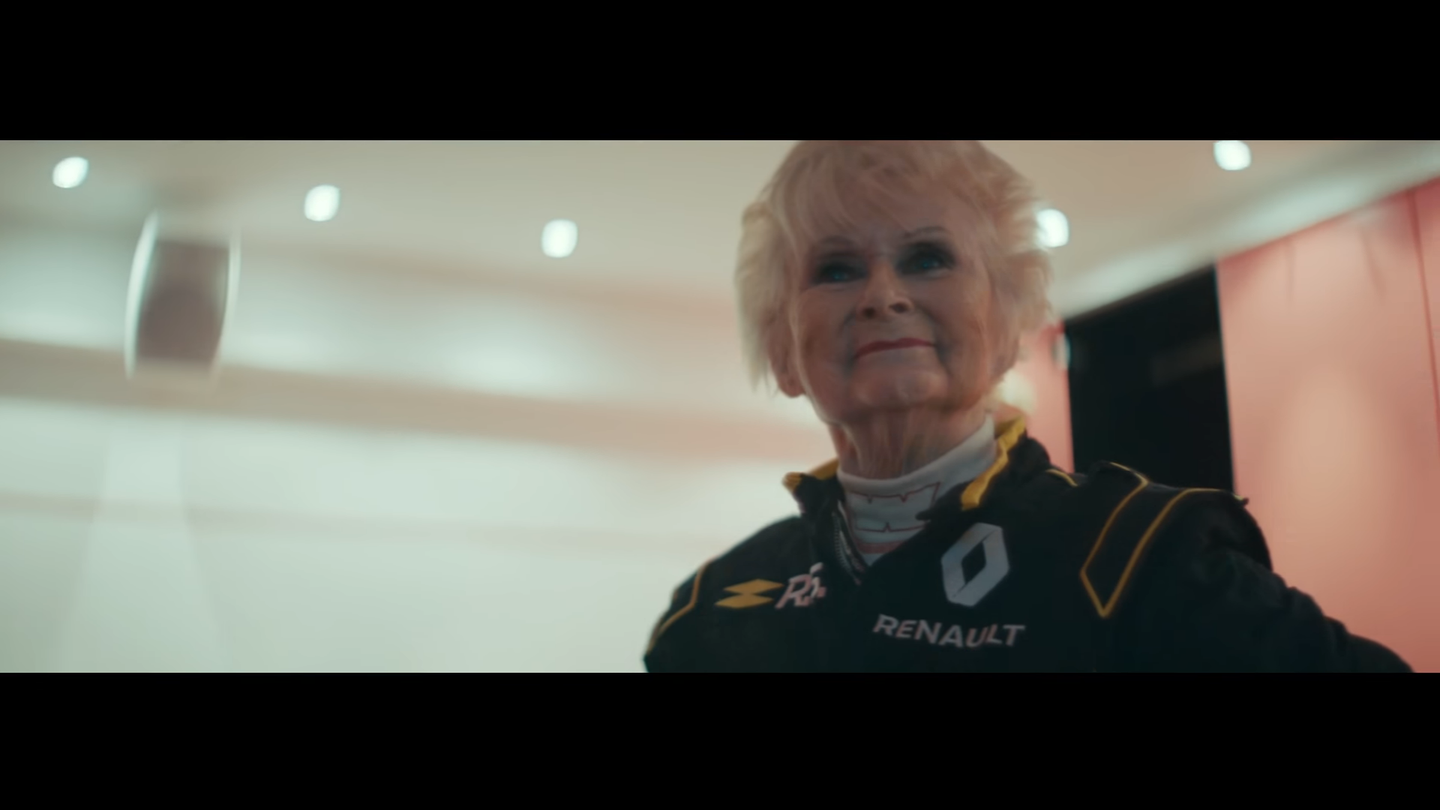 There's something seriously heartwarming and adorable about watching old ladies drive nice cars. The ever-expanding collection of Mustang crash videos on Youtube gets old after a while; we want to see some positive content featuring people who can actually drive to balance out the bad reputation the car community has received because of overconfident morons. After the "Lambogrannies" video debuted last year, it seems we found the answer to our infamy problems, although this type of content is in short supply. Thankfully, Renault is here to save the day, releasing an indirect sequel to that Lamborghini video. However, they've turned the dial of both the car and driver up to 11.

79-year-old Dubliner Rosemary Smith may sound like your typical Irish grandmother, but she is far from it. Rosemary has been driving hard and smashing gender stereotypes in the rally industry with her co-driver Pauline Gullick since the 1960s. Smith initially worked as a seamstress but was approached and offered a job as a rally navigator in the early '60s. She won her first of many victories as a driver in a Sunbeam Rapier in 1964 at the Circuit of Ireland Rally.

A video published on Renault UK's Youtube channel shows Rosemary Smith's latest venture into the world of motorsport. Renault invited her to the Paul Ricard test track in France to drive the Renault Sport Formula One Team R.S.17 car. In the video, she talks about having to overcome sexism and adversity in the rally industry during her racing days, but she's happy she did it because she was passionate enough to keep at it until she was accepted. She also talks about how nervous she was, despite having Renault's own Jolyon Palmer in her ear the entire time.

This video shoot makes Rosemary the oldest person to ever drive a Formula 1 car. Although the video is tailored to promote Renault more than anything, it's well-done and we hope we get to see more of Rosemary Smith tearing it up on the circuits.