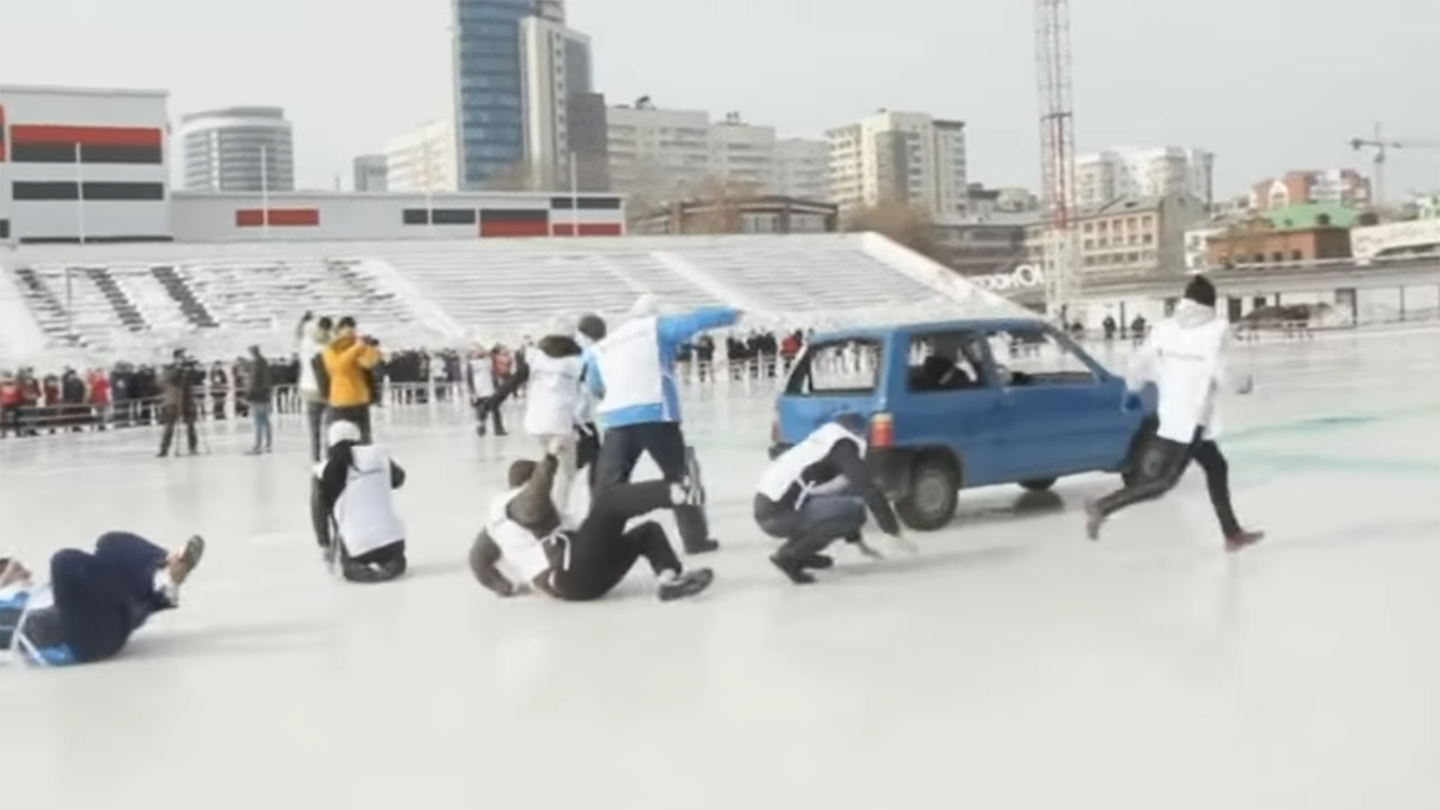 Had a good weekend, did you? Knocked a few things off your wrenching to-do list? Went for a spirited drive in the country? Well while we here in America were enjoying our capitalism-sponsored days off, the Russians went ahead and invented a whole new sport - organized car curling, which The Drive expects to be added to the 2022 Winter Games straightaway (along with car bobsledding). And lest you think this is one long joke about black ice, the pictures and video from this weekend's tournament in Yekaterinburg prove we've got a new arena for the sequel to Miracle on Ice.

Curling is already a wonderfully weird sport - like shuffleboard on ice, teams try to get their stones to stop closest to the middle of the target or bump an opponent's stone further away. And while these guys aren't the first ones to consider replacing the stones with small cars - both Top Gear Live and Top Gear USA have given it a go - this appears to be the most faithful recreation yet, with entire teams pushing stripped, engine-less Okas (steered by one intrepid driver) across a full-size outdoor skating rink and following the standard scoring rules.

Tournament organizer Galina Kirkach, a car insurance agent, said he was inspired by the large number of accidents caused by black ice in Russia. He convinced his employer to sponsor the event, which featured four teams of ten and a grand prize of $1,600.

The winners had a sound strategy. "We allocated our force right... we knew which car to push first and which at the end, and that's why we won," Andrey Gubaydullin told the Australian Broadcasting Corporation. Hard to argue with that logic.

Unfortunately winter is on the wane, so you won't have much of a chance to practice this season. But that just means you can spend the summer stockpiling old Fiestas and Geo Metros to give the Russians a run for their money next year.