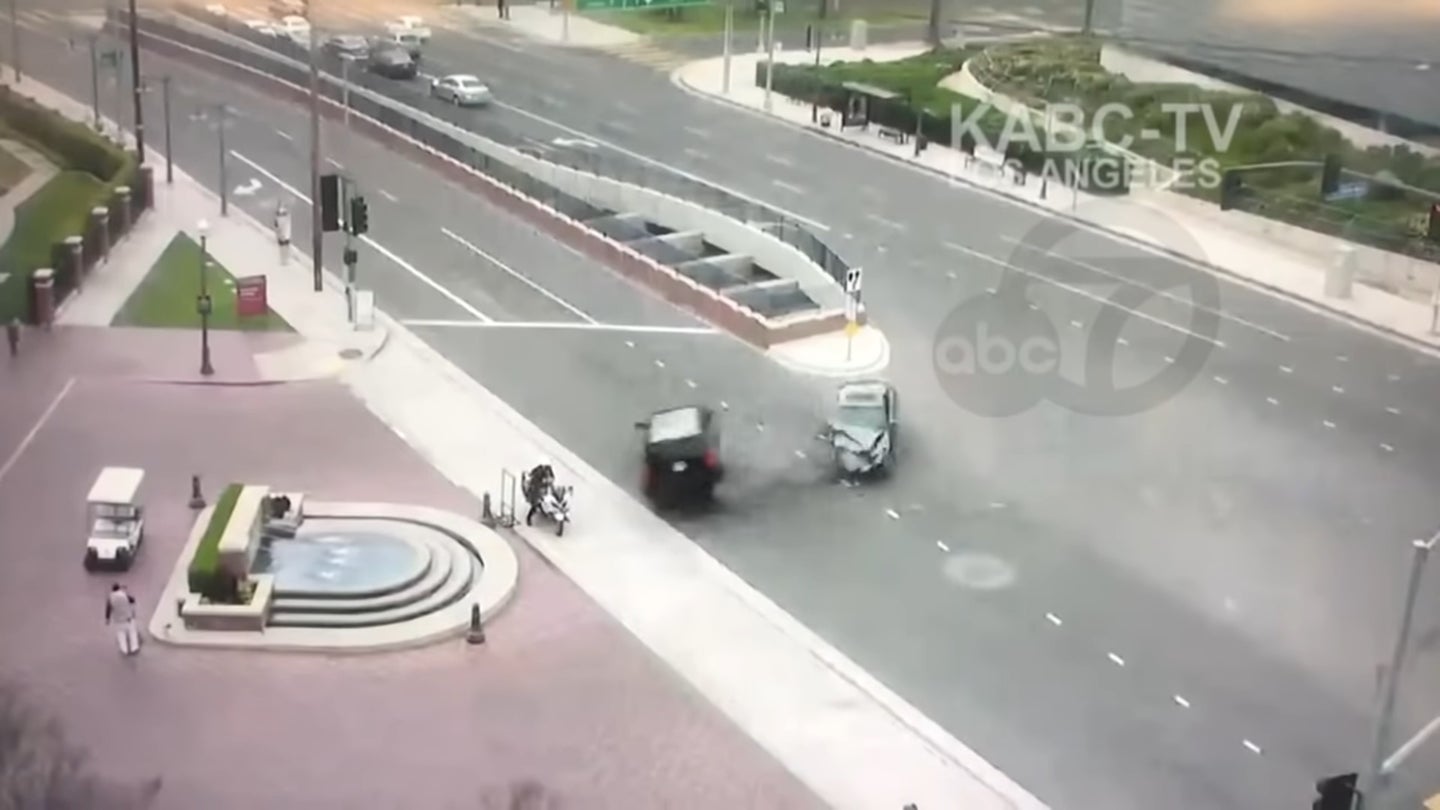 The Mayor of the City of Inglewood in California was involved in a wild crash Tuesday morning involving a Los Angeles Police Department (LAPD) motorcycle officer and an unrelated motorist.

According to surveillance video obtained by ABC7 Eyewitness News, Mayor James Butts' black Chevy Suburban is seen making a left turn near the University of Southern California when it violently gets hit by an oncoming Honda Accord Coupe. The SUV then careens straight into a stationary motorcycle cop who was launched into a nearby fountain. Talk about wrong place, wrong time.

"He was stationary in front of the water fountain on campus at USC," LAPD Capt. Giselle Espinoza told ABC7. "And he was struck by the black SUV at that position. It struck him and it threw him into the fountain."

According to the initial reports, Mayor Butts was at a red light while the Accord had a green light, and therefore the right of way. However, an official report confirming this has yet to be released.

The police officer reportedly sustained "substantial injuries" and is recovering from broken bones. One law enforcement expert says the fact that the officer had his helmet on likely saved his life. "Motor officers' helmets have improved so much now," said Bruce Thomas. "They are really ballistically designed to absorb impact like that because you may suffer broken bones, but the most serious part of any person's body is the head and the brain."

As for the Honda's occupants, first responders reportedly treated a woman and a four-year-old child but neither were hurt. Mayor Butts, who himself previously served as a motorcycle officer with Inglewood PD, released the following statement on Wednesday evening:

"I am thankful the occupants of the other vehicle were uninjured. I am thankful that the Motorcycle Officer is expected to make a full recovery. He has been on my mind and heart since the accident. I was a Motorcycle officer with Inglewood Police and was hit twice by cars myself. It is a dangerous job. I was so grateful to see that he was alert and communicative at the scene. I pray for his speedy recovery."