Fort Worth Cop Miraculously Survives Getting Struck by Speeding Car

Luck may have been on his side, but these highway incidents need to stop. 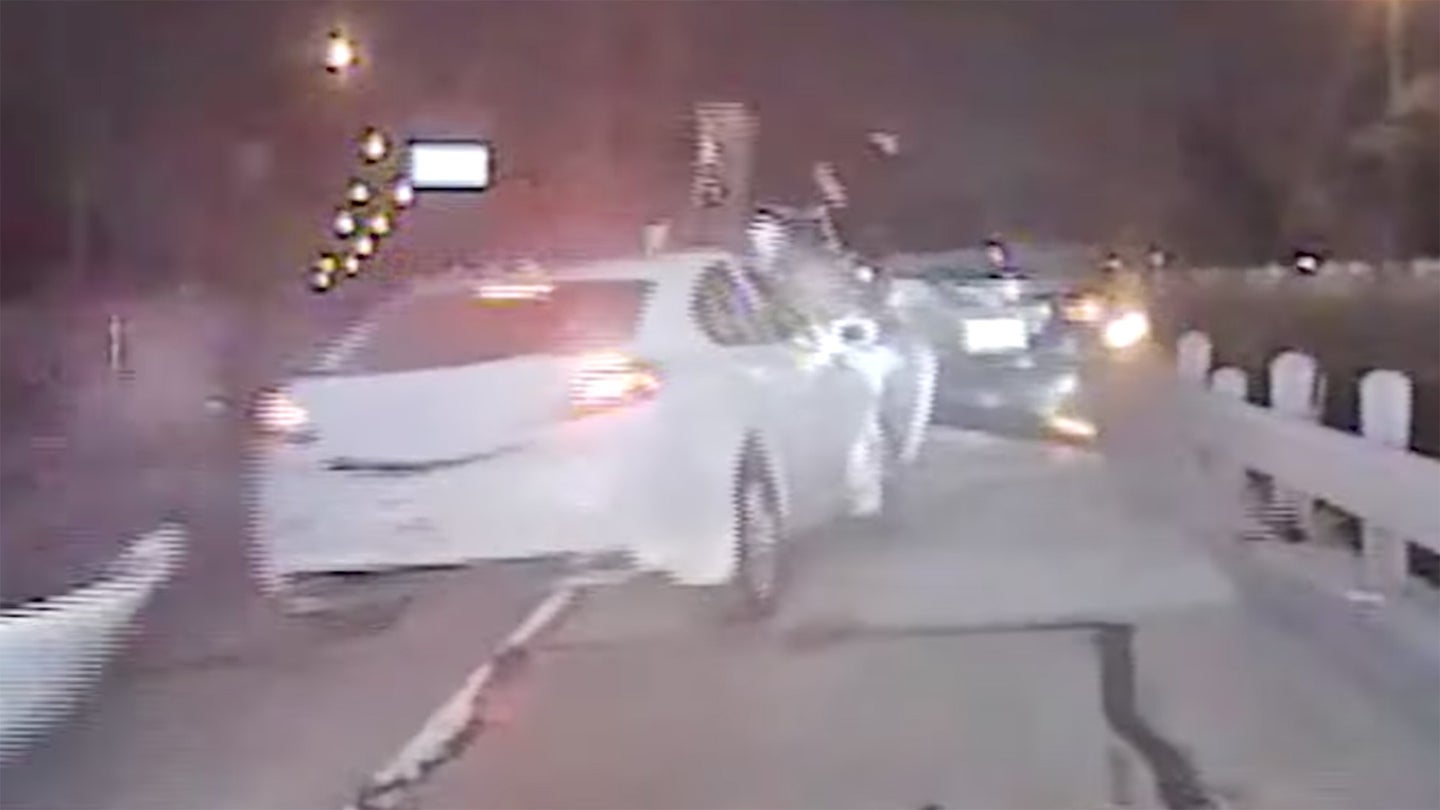 Motorists need to give first responders room on the highway, but until everyone does it, accidents like this one involving a police officer on a traffic stop in early July in Fort Worth will continue to happen. All states have also made slowing down and moving over for first responders on the side of the road a rule for motorists, but yet drivers don't oblige.

Officer Matthew Lesell of the Fort Worth Police Department was violently struck by a motor vehicle on July 7 while conducting a traffic stop on I-30. As clearly seen on the dash cam, Officer Lesell began his traffic stop in a routine manner, but after 10 seconds, it became far from routine. An Acura came barreling into the frame after hitting the patrol car, then collided with the car being pulled over and Officer Lesell. Officer Lesell was flung through the air like a rag doll.

Amazingly, Officer Lesell got to his feet after several seconds of rolling around and makes his way to the side of the road. According to an interview with NBC 5, Lesell suffered a fractured vertebra and subluxated foot. Given the speed and nature of the crash, Officer Lesell is extremely lucky to have those as the extent of his injuries.

The driver of the white Acura, Mike Mitchell, 34, was charged with assault causing serious bodily injury to a police officer. This is considered a second-degree felony in the state of Texas. Fortunately, Lesell is expected to make a full recovery, but this should serve as another reminder why it is so important to pull over and slow down when a first responder is around.