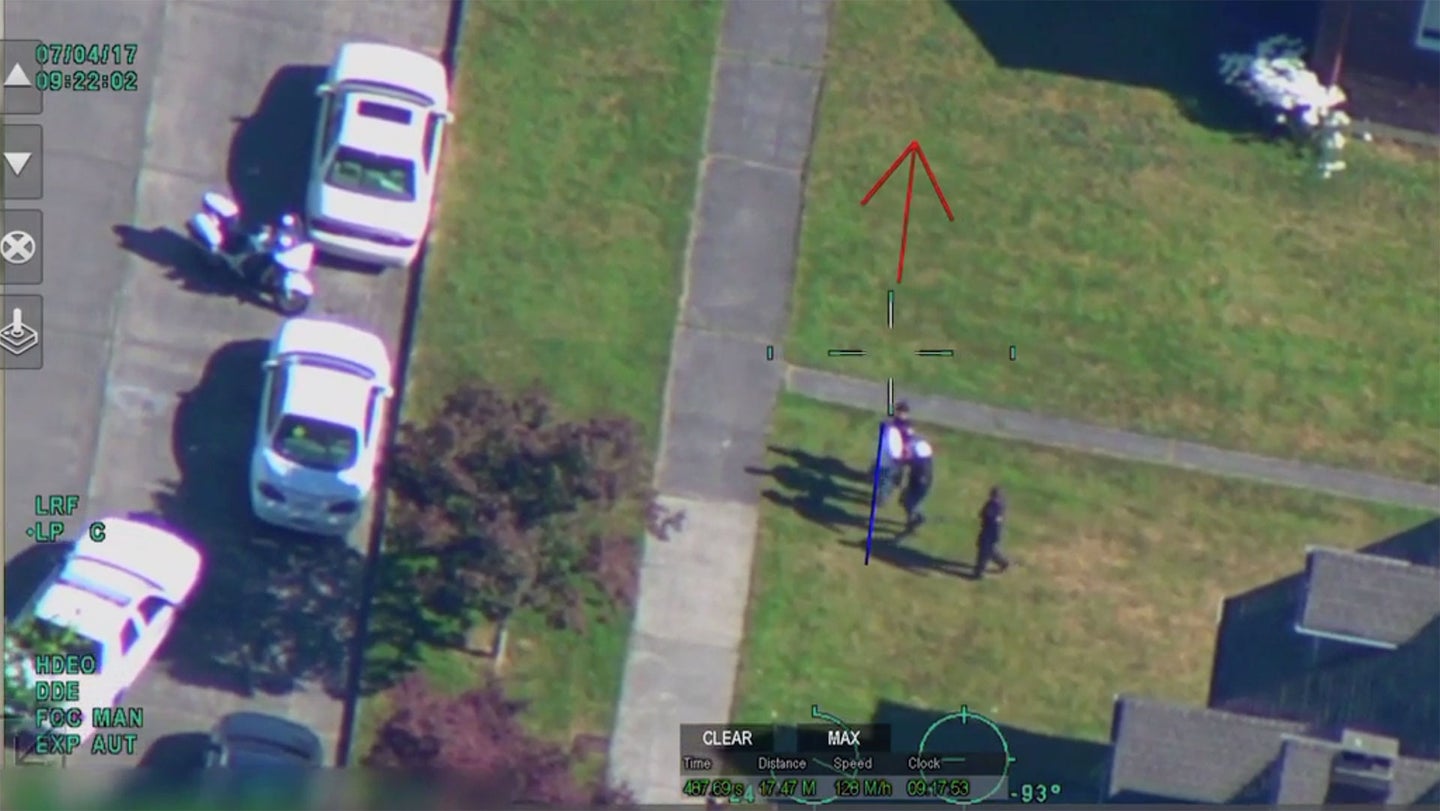 We have said it time and time again, vehicle pursuits are insanely dangerous, but boy this one is a whole new level. As you can see in the helicopter footage posted below, a motorcycle is travelling at a high rate of speed in attempts to avoid state police.

Washington State Patrol initiated this pursuit in Snohomish County after clocking the motorcyclist going 82 mph in a 60 mph on Interstate 5. Rather than stopping for the trooper, the motorcyclist took off running. The first half of the video you can see him hitting speeds up to 147 mph and cruising well around the 130 mph in a commercial area. Blasting through lights and passing traffic, the motorcyclist clearly had no regard for his own life or others.

It is unclear why the rider chose to run since the ticket wouldn't amount to more than a few points on your license and a ticket. It is possible that more serious charges would come of the traffic stop if he did pull over. Whatever the case may be, nothing justifies going that fast off a track.

Wisely, Washington State Patrol hung back throughout the pursuit and let the helicopter "smokey 3" keep an eye on him. The co-pilot did a fantastic job of giving detailed directions to dispatch so that other responding officers could eventually meet up with the fleeing suspect.