‘Slow Down and Move Over’ Is the Law, and it Could Save a Life

The Move Over Law is one of the most widely ignored laws and that needs to stop. 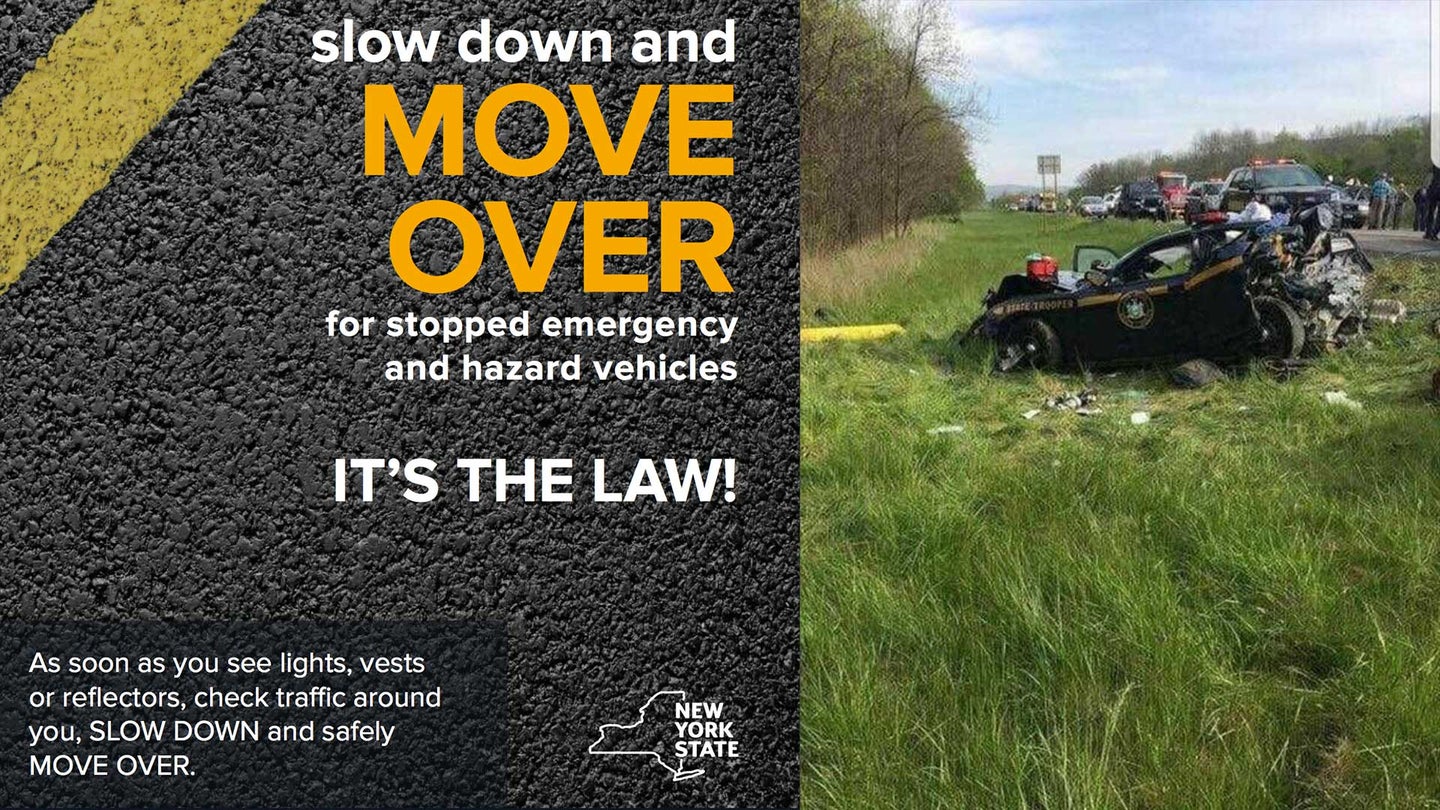 New York State, along with many other states around the country, has created the Move Over Law to ensure the safety of all first responders, construction workers, and tow truck drivers. Unfortunately, some people do not pay attention to the law, and members of the organizations stated above are seriously injured or killed. Time and time again we are reminded of these tragedies on the news; it sometimes seems like a first responder is fatally struck by a motor vehicle on a daily basis.

New York State Governor Cuomo has created several ad campaigns to raise awareness about the Move Over Law, and even though they seem to have raised awareness, there are still far too many incidents where a civilian collides with a member of service. Earlier this week, a New York State Trooper was critically injured when his Dodge Charger was struck from behind by a pickup traveling at a high rate of speed. The Trooper had a vehicle pulled over on I-86 Westbound in the Town of Campbell at the time of the accident. As you can see in the picture provided below, the Dodge Charger Pursuit sustained massive damage.

Dodge and Ford's law enforcement divisions have worked tirelessly to ensure reinforced frames and strategically placed crumple zones are incorporated into the rear of the Dodge Charger Pursuit, Ford Interceptor and Ford Interceptor Utility to ensure the best possible outcome for the officer inside should an incident occur. The Ford Interceptor Utility and Interceptor are currently rated for a 75-mph rear impact, and Dodge has repeatedly emphasized its focus on officer safety. But there's almost no amount of realistic impact-protection you can add that will stop a three- to four-ton vehicle traveling at 75 mph from causing serious damage.

First responders also do their part in ensuring personnel safety by strategically parking their units to shield the scene. Still, there are unpreventable times where an officer is in their patrol car either doing paperwork or talking with dispatch and are completely exposed to traffic. Please do these men and women a favor: move over and slow down. It could literally save their life.

(It is also worth noting the extreme frequency of these kind of incidents. Below you will find Instagram posts from just the Connecticut State Police showing how frequently they have to deal with this potentially deadly threat.)