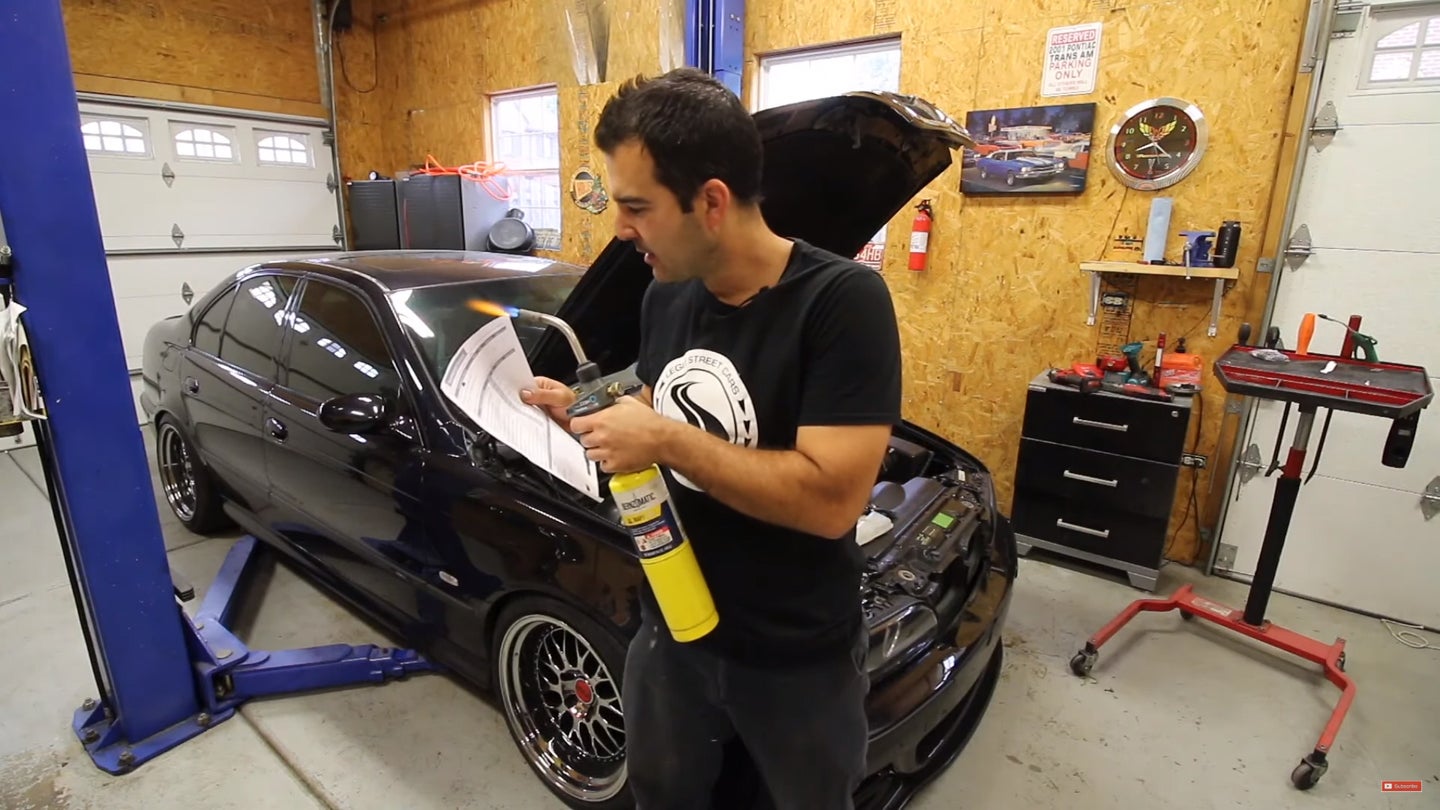 There's one truth in the automotive world: dealerships are sharks and your wallet is a plump tuna. Given that reality, many enthusiasts choose to service their own cars in lieu of bringing their pride and joy to those predators. Maybe it's to maintain the sense of independence that is wrenching yourself, or perhaps the fear of a new mechanic hooning your toy through the streets is a bit too much to handle. But for many, it comes down to that almighty dollar.

At least that's the case with Alex Palmeri, a man who happens to be the owner of a very high-mileage BMW: a 409,000 mile M5.

Recently, Palmeri decided to take his beloved M car to the local BMW dealership to undergo some much-needed service. Most people bringing an out-of-warranty luxury car to a dealership for service would expect to walk away from the counter with a sashimied wallet, but this isn't just any out-of-warranty luxury car. This is an E39 M5—the vehicle that many enthusiasts would once have argued was the pinnacle of the modern luxury sedan—and it requires a dedicated and skilled set of hands to properly maintain its performance. It also tends to require a vast net-worth to keep that performance from escaping.

On top of its notoriety of being a money-hungry automobile, the tired performance car had eclipsed its warranty coverage by a factor of eight. Even still, how much could it be to do a simple refresh? Palmeri left the dealership with a jaw-dropping invoice of more than $17,000 (or as our friends at Jalopnik like to call it, "mechanically totaled").

Palmeri wasn't about to let his prized possession die some ignominious death. With wrench in hand, he decided that he would not only fix each broken part on the invoice himself but that he would document it for YouTube to show that the average person can indeed roll-up their sleeves and get dirty to save some cold hard cash.

If you've watched the video above, you might immediately notice that Palmeri has a very capable inventory in his garage. While he does happen to be a former Mercedes-Benz master technician, he claims to have never heavily wrenched on BMWs. With the popularity of this specific model, however, the internet and forums are a vast resource of helpful tips, tricks, and people who've encountered every problem under the sun.

While he did leave out a few parts that either didn't need to be replaced (like the virtually new valve covers or functional brake light bulbs which the dealer had quoted for replacement), the savings were significant—nearly 96 percent less when compared to the dealer's original invoice. And thanks to Palmeri's handiness, he was able to complete the majority of the work in just about five hours.

So if you've been debating picking up the wrench yourself, let this video serve as some inspiration even if your garage isn't as well-equipped.