While perusing the M3post forums last night searching for a prime set of E9X M3 GTS wheels, I discovered one of the hottest and saddest of threads on the site. The thread is about a car enthusiast, Eric Marentette, and how he was forced to watch as firefighters fought a fire directly next to his rarely-optioned BMW E92 M3.

Marentette's car is a 2008 BMW E92 M3 six-speed manual transmission car. There are certainly rarer M3s such as the M3 GTS and the Lime Rock edition, but Marentette's M3 is unique because it's what's known as a "stripper" model. Essentially, the car was sparse and only had one option—power seats—which were cloth instead of the typical leather. Marentette had owned the car for 7 years, only amassing 45,000 miles on the paid-off Bimmer. 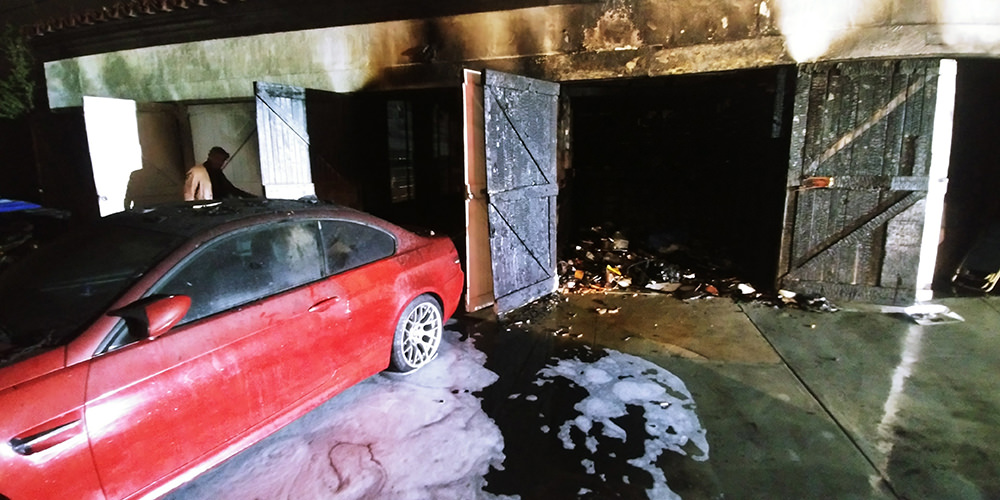 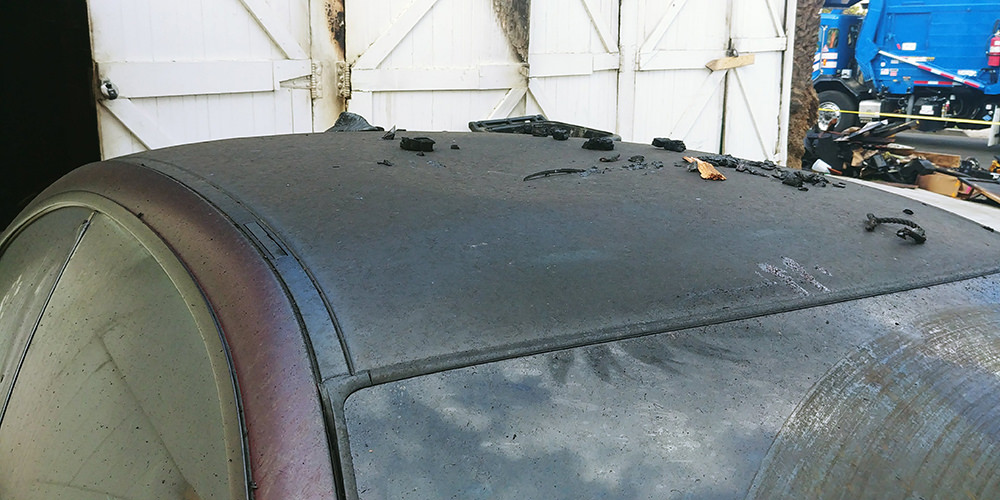 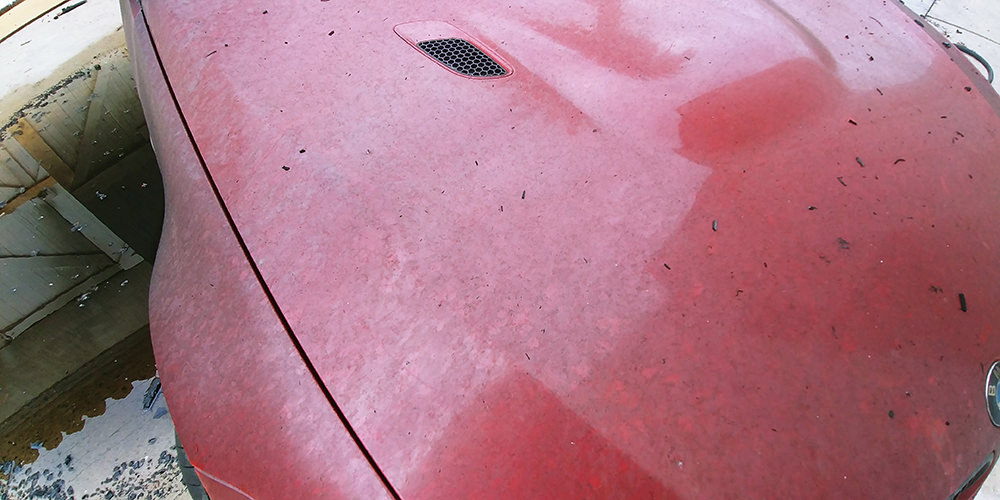 Marentette's M3 itself was never on fire, but according to him, the car was inches away from flames for at least 30 minutes. He watched and filmed firefighters battling the flames in the garage directly next to the one housing his M3. "I was nodding off on my couch at around 1:30 a.m. on Wednesday when I heard someone pounding on my door. I heard some unintelligible screams, so I opened my apartment door, looked outside, and saw huge plumes of smoke pouring out of my upstairs neighbor's garage unit, which is right next to mine ... and that's where I park my beloved 2008 BMW M3." Marentette told  The Drive.

He says the interior smells terrible, the car's shark fin antenna has melted, the carbon fiber roof is drooping, and the overall paint of the car appears to be destroyed. That damage is only what's visible on the surface; there can certainly be more damage unseen. Farmers, Marentette's insurance company, has determined the car a total loss. He explained that the insurance adjuster told him the breakdown of why the car was totaled. The carbon fiber roof needed replacing, it had to have a completely new paint job, new interior, and new glass before even looking at the internals of the car that may have been affected by the fire such as plugs, cords, etc.

According to Marentette, the neighbor owns the garage and uses it as a lounge and work bay, occasionally lighting incense and smoking marijuana inside of it. The plot may thicken on the part of the neighbor as they told the fire department that he had not been in the unit for hours, but another good Samaritan who called in the fire said he saw the neighbor in question in his garage five to ten minutes beforehand. Marentette told me he doesn't believe he started the fire intentionally, but he was not truthful when he was initially asked.

At this point, Marentette is waiting for the official settlement offer from Farmers, but he knows he can purchase the salvaged vehicle back for $10,000. In the meantime, he will be driving around in his Fiat 500 Abarth and contemplating moving on to a Porsche.

Check out the aftermath of the damage that was done to Eric Marentette's car below.