Next BMW M340i May Come with a Carbon Fiber Roof

Carbon fiber all of the things. 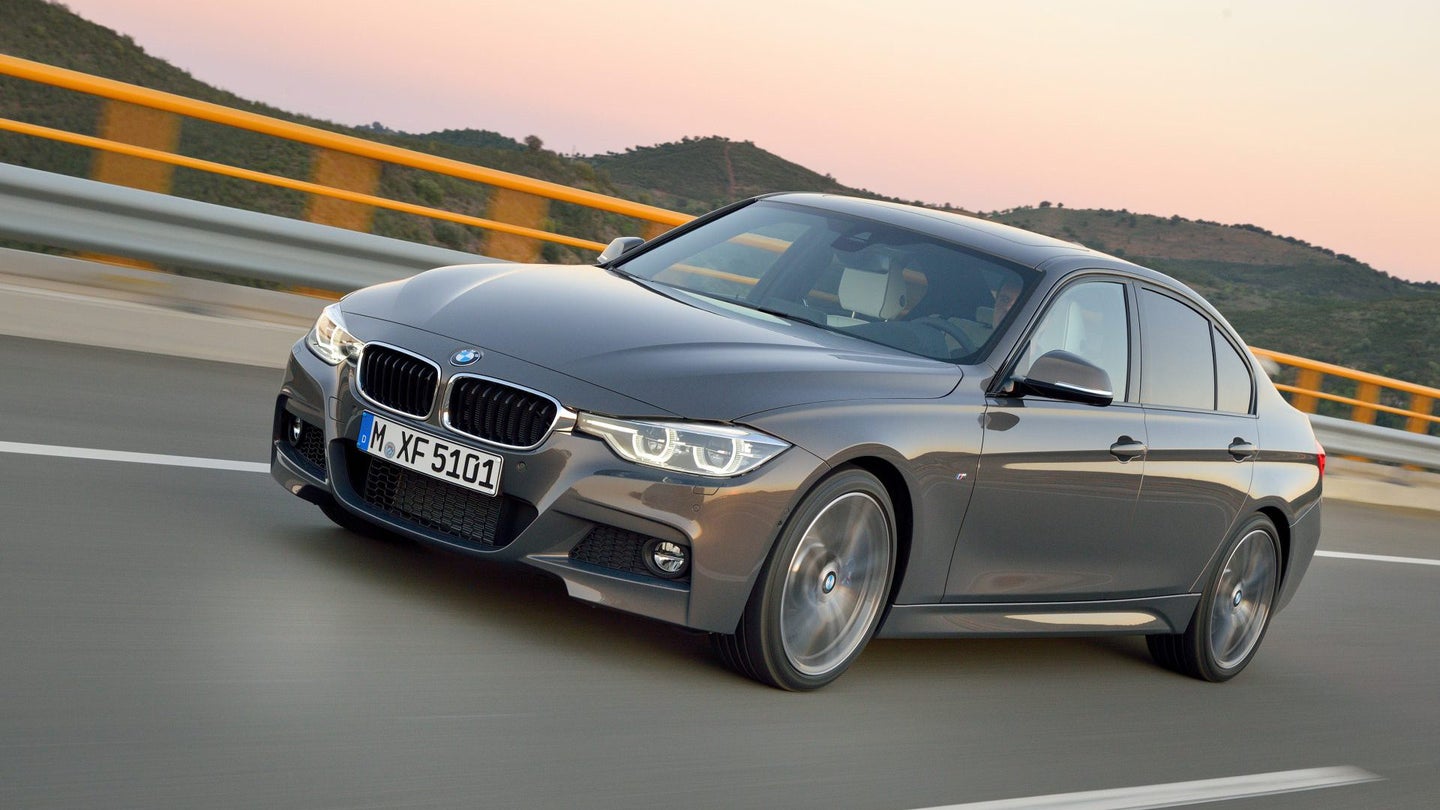 After learning that BMW will be replacing the M3 and M4's carbon fiber driveshafts for steel ones as a result of new emissions regulations, we now have a clue as to where the German automaker may be putting all of that surplus carbon instead.

In a set of spy shots obtained by BMW Blog, a sportier version of the upcoming, next-generation G20 3 Series can be seen with its roof panel covered up in black tape. Suspicious, as the publication suggests that this is the first prototype they've seen where this is the case. They go on to suggest that a carbon-roofed M-Sport 3er might be in the pipeline, signifying a trickle-down of a feature previously only seen on full-fat M cars.

First seen on the E46 M3 CSL, BMW fits their M cars with woven roofs to decrease overall curb weight and lower the center of gravity on top of (pun intended) further visually distancing them from their lesser, non-M brethren.

The next 3 Series is expected to be revealed in late 2018. BMW Blog is predicting a next-gen M340i to produce anywhere from 380 to 400 horsepower, putting it within spitting distance of the 414-hp E92 M3, a car that came with a carbon fiber roof as standard.