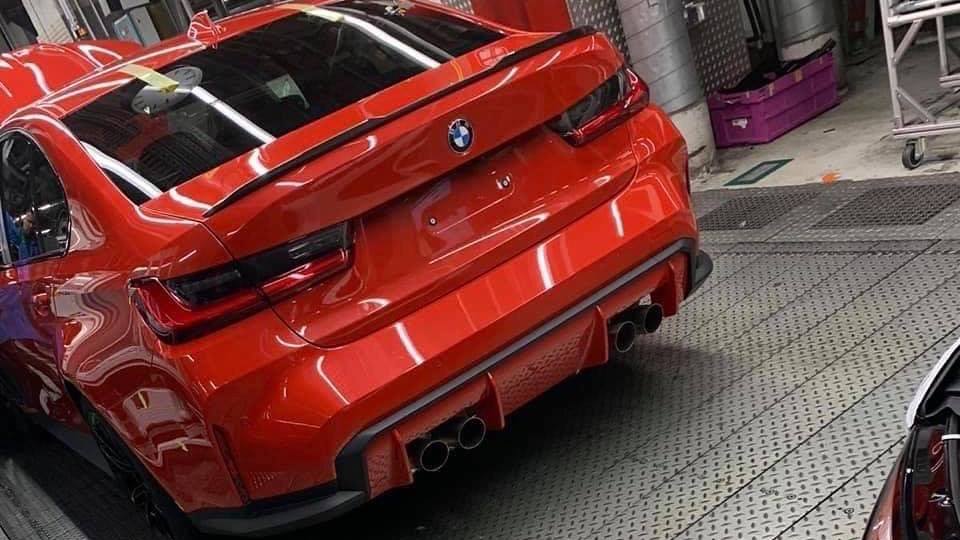 Thanks to the rumor-encouraging power of social media, a photo of the 2020 BMW M3's rear end may have just leaked months ahead of the sports sedan's intended reveal. And while the source of the photograph (or its validity) can't be confirmed, it's safe to say that it looks a lot like what the amped-up version of the current 3 Series could look like, in theory.

The image was uploaded to Instagram by user imran.evolve on Monday. The caption labels the car as the upcoming "G80" generation of the BMW M3 in Toronto Red.

While some commenters questioned whether the car we see is, in fact, an M3, and suggest that it could instead be the polarizing 2 Series Gran Coupe revealed last week, comparison of the two models' rear ends leaves it clear that this is no 2 Series sedan. Its taillights are a different shape, and its circular quad exhaust tips poke out more toward the car's centerline than the 2 Series Gran Coupe's rectangular twin tips.

Most of what we know of the next-gen M3 comes from a series of alleged leaks, most of which have corroborated two details: There will be a manual, and there will be a rear-wheel-drive variant. These two holy grails of driver engagement will reportedly be paired on a purist base model, with faster variants picking up automatic transmissions and all-wheel-drive.

Whether the faster M3s' xDrive systems will mimic the M5 and offer a RWD mode is the subject of debate. Largely agreed upon, however, is the idea that the M3 Competition will feature a maxed-out version of the new S58 inline-six possibly with water injection, a mild hybrid system, or both. The result is said to be a model-first horsepower rating exceeding 500.