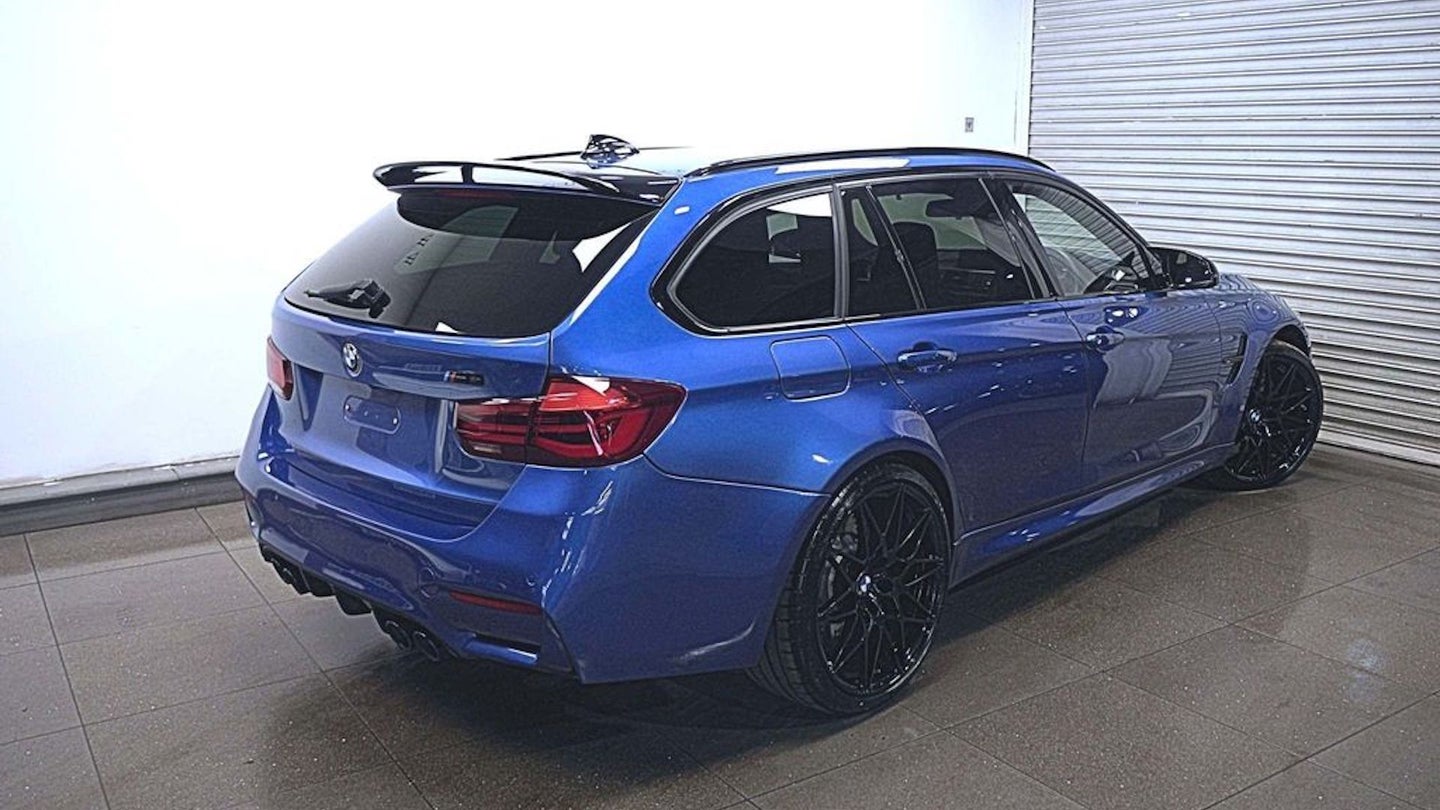 BMW's refusal to sell the M3 as a wagon only gets more frustrating with every new generation of the 3 Series, which admittedly keeps getting more powerful and considerably cooler through the years. Fed up with BMW's lack of vision and staling rumors of a next-generation M3 shooting brake, the wagon stans of M Conversions have taken matters into their own hands by producing a series of custom M-spec wagons based on the second-meanest M3 ever built: the F80 M3 Competition.

Called the MCT-450, this wagon of war was born as a 2018 320d M-Sport Touring and has since been the subject of a faithful M3 Competition conversion using almost exclusively BMW parts. The only non-Bimmer components on the car are its rear fenders and bumper, which were modeled off those used on the sedan and reproduced in the wagon's style from carbon fiber.

Beyond that, the whole shebang's authentically M-spec; its chassis reinforcement, suspension, and powertrain all hail from the M3 Competition, meaning the MCT-450 sports a 3.0-liter twin-turbo inline-six that produces 444 horsepower and 406 pound-feet of torque. This power is plumbed to the rear wheels via a seven-speed, dual-clutch automatic transmission and a limited-slip differential. Performance is most likely close to the sedan-bodied M3 Competition, meaning a zero-to-60 time of about four seconds.

No more than 20 MCT-450s will ever exist, so if you're smitten with this one, you're in luck, because it's listed for sale at British exotic car dealer Motorhouse via Autotrader. They ask £79,995, which comes out to approximately $99,000 American greenbacks. Considering custom M5 wagons of similar rarity have sold for even more on Bring A Trailer, $99k is, if anything, good value for money. You won't be able to import this MCT-450 to the United States until 2043, but you can kill time in the similarly priced 2021 Audi RS6 Avant until then.