Honda is tossing their weight behind another classically-styled motorcycle with retro looks and modern performance. 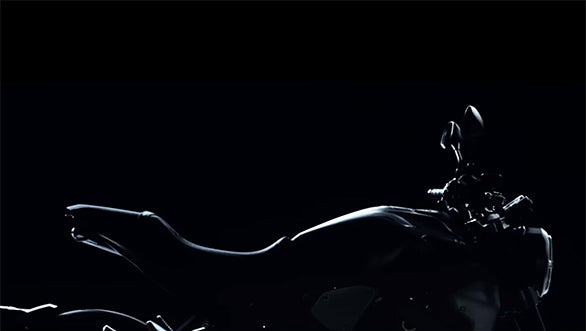 As the saying goes, “What's old is new again.” This is a sentiment that has been embraced by numerous motorcycle manufactures in the past decade; and now Honda is tossing its weight behind another classically-styled bike with retro looks and modern performance.  The company have dubbed the concept the Neo Sports Cafe, a.k.a. "Project N.S.R."

This is not Honda’s first attempt at breaking into the “cafe racer” or “retro-designed” motorcycle. Big Red launched its CB1100 back in 2010 and it was met with mixed reactions, considered by many to be heavy, expensive, and underpowered for its class.

The Neo Sports Cafe appears to attack the aforementioned faults of the CB1100 by making a new machine built around the CB1000R power plant and combining modern and retro styling. Notable design features spied in the teaser video include a LED headlight, a single-sided swing-arm, and dual can-shaped exhausts.

This theme of creating retro-inspired bikes appears to also be a running theme amongst the Japanese motorcycle manufactures. Kawasaki is soon to release the Z900 RS, Yamaha already has the XSR900 and will soon bring the XSR700 to the United States, and now we have Honda following suit.

Honda will be unveiling the Neo Sports Cafe at EICMA motorcycle show in Milan on November 6th. Will this machine differ wildly from the CB1000R streetfighter that currently exists, or will it simply be a retro version that further expands the family of bikes? We’ll find out more then.

Appropriately, only 44 examples will be built of this superbike.