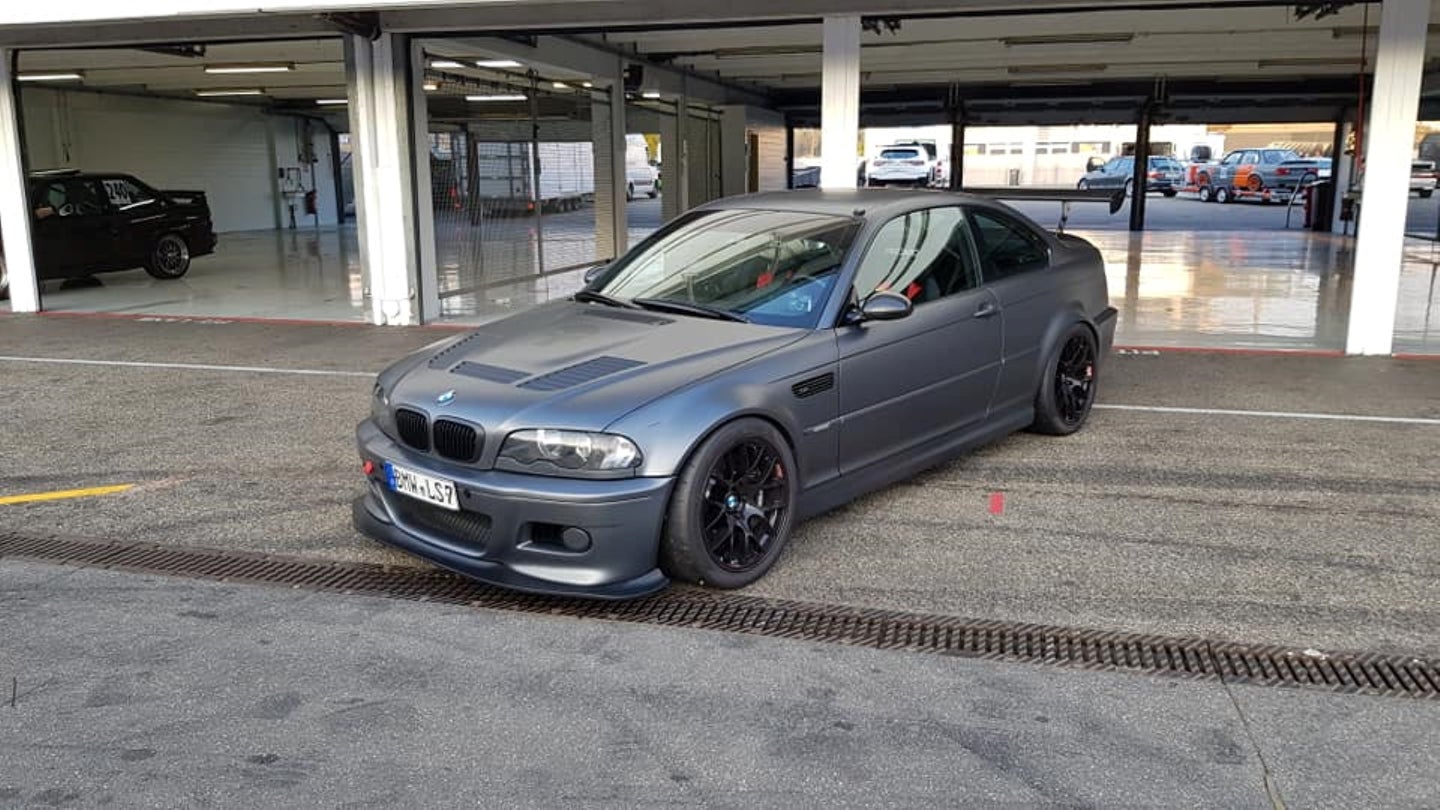 Considering we've seen General Motors' LS engine transplanted into everything from W201 Benzes to 964 911s, it was only a matter of time before somebody planted an LS motor in one of BMW's greatest hits.

Seen here making its way around Germany's Hockenheimring is an E46 M3 built for the track with a 7.0-liter LS7, which is basically the same engine found in the C6 Corvette Z06. According to Engine Swap Depot, the V8 here makes 650 horsepower and 545 pound-feet of torque—pretty much double the stock, straight-six-powered E46's 338 hp and 269 pound-feet. Oh, and it sounds downright gnarly.

Peep the "LS7" logo finished with BMW's signature M colors in the video's on-screen speedo. That's certainly not something you see every day.

As for the car, the mad German scientists have also dropped a six-speed manual transmission in from the Cadillac CTS-V, an Exedy clutch, and a limited-slip differential. Keeping things BMW-like in the corners are KW Competition two-way coilovers, AP Racing brake calipers up front, Porsche Boxster S calipers in the rear, and a set of BBS wheels wrapped in Pirelli P Zero Trofeo R rubber. That hand-built LS7 is housed underneath a fiberglass hood.

Incidentally, the folks behind this LS-swapped BMW are also working on swapping a Honda K20A motor into this stripped-out E30 race car.

Said to weigh less than 2,000 pounds and make 214 hp, this toy looks like it could be the rear-wheel-drive CRX Honda never built. It's equipped with a five-speed manual out of an E36 and, again, KW Competition two-way coilovers.