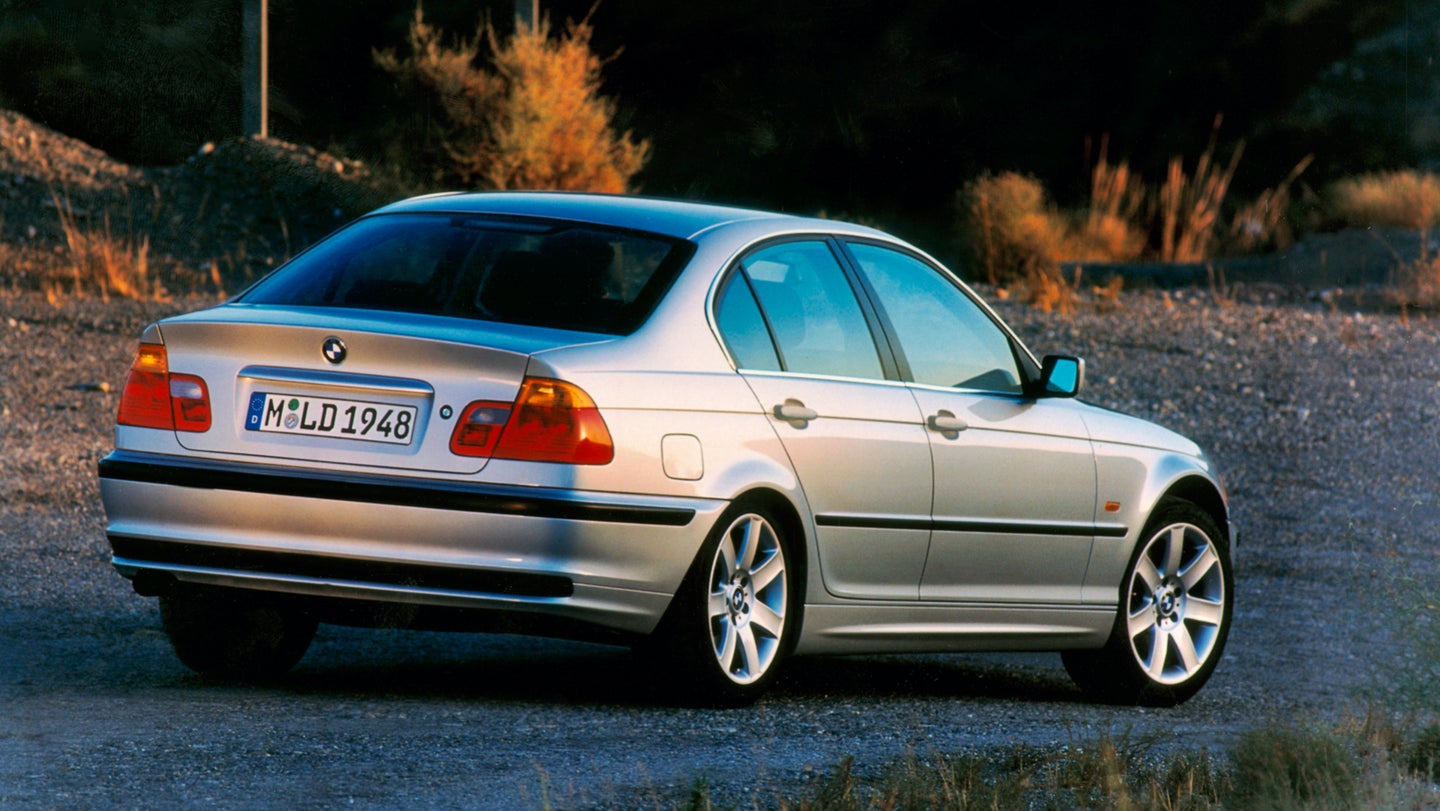 There's a new type of Takata airbag failure to worry about on top of the recall that recently affected at least 37 million cars worldwide. BMW Australia initiated a voluntary recall of 12,663 E46-generation 3 Series cars following two separate airbag-related incidents that resulted in one death and another serious injury, reports CarAdvice.

Owners of 3 Series cars built between Nov. 21, 1997, and June 30, 2000, have been asked to stop driving their vehicles immediately, as the cars may have been equipped with yet more faulty Takata airbags that could blast deadly shrapnel at the vehicle's occupants in a crash.

Issues with Takata's Alpha and Beta type airbags have been known for a while, but these BMWs are equipped with a different unit that has not been recalled before, the Takata NADI (non-azide driver inflator) type 5AT. The Australian Competition and Consumer Commission (ACCC) writes, as quoted by CarAdvice:

Transport safety authorities in Australia, US and Japan have identified a different type of Takata airbag that poses a critical risk of death or serious injury to vehicle occupants, prompting an urgent recall of around 12,000 BMW vehicles which may still be in use on Australian roads.

While the recall has not spread to other countries yet and is not compulsory, the ACCC confirmed that cars in the United States and Japan have reported similar abnormal deployments with these airbags, likely caused by a manufacturing defect.

Details on the incidents that led to this recall have not been released, although CarAdvice reports that they happened in the last three months. The coroner is still investigating the cause of death, but if faulty airbags are confirmed to be the culprit, it will be the second Takata airbag-related fatality in Australia. Malfunctioning Alpha and Beta type Takata airbags are responsible for 24 deaths and over 260 injuries worldwide.

In a statement released by BMW Australia, owners of the cars were told to contact their local BMW dealership or BMW Australia's Takata hotline to set up a free vehicle inspection to determine whether or not their cars are equipped with dangerous shrapnel-flinging airbags. Furthermore, the ACCC stated that either a mobile technician will come to the car itself to check it out, or the car will be towed to the place of inspection—just to minimize the risk of driving any further in these cars. Furthermore, there is a VIN check set up at www.recall.bmw.com.au for owners who suspect their E46 may be affected.

While BMW has not stated how long the replacements should take, CarAdvice estimated that replacement parts could take as long as 18 months to arrive. During that time, owners of cars with the faulty airbags will be offered a loaner or rental, reimbursement for other forms of transit, or the option of having BMW purchase their vehicle back.

BMW previously recalled 1.6 million E46-generation 3 Series cars for faulty airbag inflators as a precautionary measure in 2014; however, as CarAdvice notes, this latest recall is for a previously unknown issue with a new type of inflator.