BMW’s i Division Could Move to Purely Electric Cars 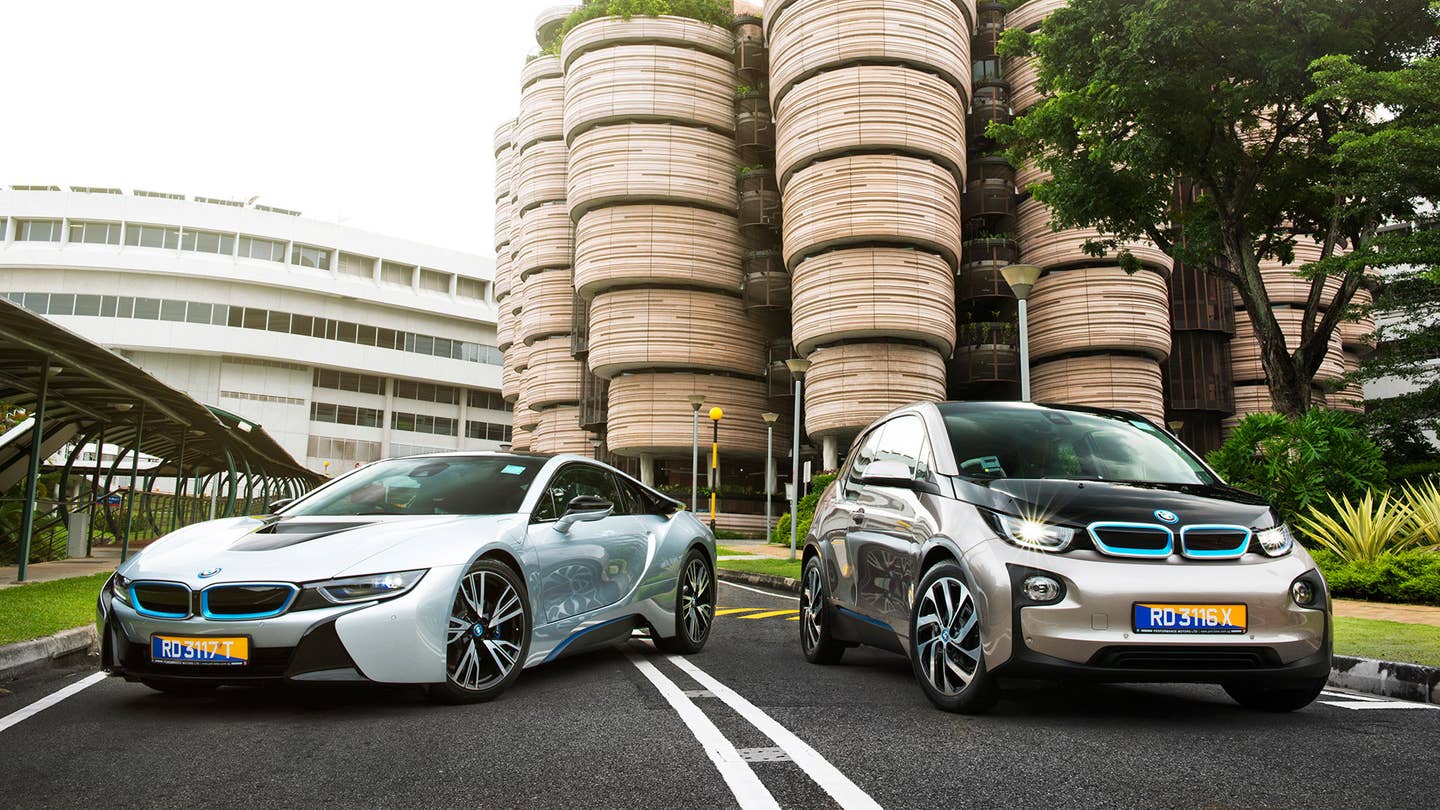 When they debuted a few years ago, BMW’s i3 city car and i8 sports car were hailed as prime examples of what the future of personal transportation might look like. The BMW i3 has a brilliantly-packaged interior and a 114-mile electric range; the i8 is one of the most stylish coupes of the last decade and offers Porsche 911-like performance.

Still, sales of the futuristic "i" cars have been lower than expected. So as part of a new strategy for the efficiency-minded sub-brand, a new report suggests all future BMW “i” cars will be fully electric—that is, propelled exclusively by electric motors, without the range-extending gasoline “generator” in the i3 or Mini Cooper-derived three-cylinder in the i8. No more straddling two eras—BMW is jumping into an electric future.

Reportedly, BMW is working on three models to supplant and replace the current duo. Besides new versions of the i3 and i8, BMW is working on a four-door sedan supposedly dubbed the iNext, presumed to compete with the Tesla Model S. In a departure from Tesla’s version, the performance-focused iNext will reportedly offer both a battery-electric model and a hydrogen-propelled version. BMW purportedly says range will not be an issue for either powertrain.

In addition to its forward-thinking propulsion sources, reports suggest the iNext will sport a suite of the latest autonomous driving technology. In part, the focus on autonomy in the “i” cars is indicative of BMW’s intention to offer a ride-hailing service in the style of Lyft or Uber. That move signals a reality of the car-buying market: while EVs are still gee-whiz, the cultural conversation around automobiles has become increasingly dominated by autonomous cars. Indeed, the i division is largely expected to shift much of its focus over to self-driving cars in the near future—albeit without sacrificing its emphasis on electric mobility.

The replacements for the i3 and i8 are expected to follow the iNext, somewhere around the year 2022. The i3's successor will reportedly be less ungainly and a bit more powerful, potentially ditching its fancy carbon-fiber construction for aluminum or a mix of materials. The i8's replacement, on the other hand, is believed to be quite the potent electric supercar; one report suggests it will pack three electric motors, giving it as much as 750 horsepower. If BMW can keep the car somewhere close to the current i8's 3,500-pound curb weight, even Ludicrous Teslas may find themselves staring at Bimmer taillamps.

Mercedes-Benz May Have Trademarked a Name For Its Electric Vehicles

Think of it as Mercedes’s version of BMW’s “i” and Audi’s “e-tron.”