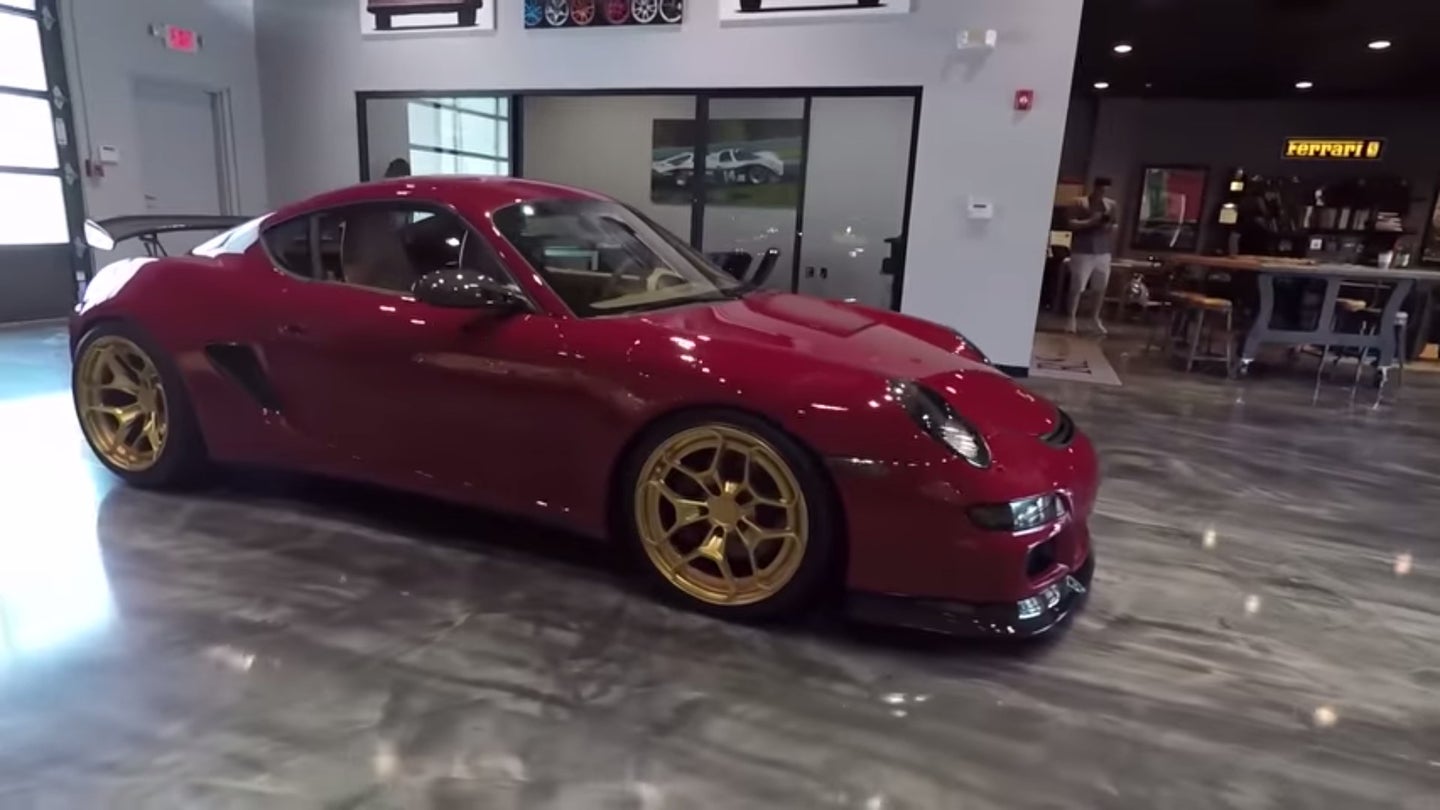 It's amazing what you can do with a proper mid-engine chassis sports car platform when you give it the sort of power it probably should have had from the factory. Were it not for Porsche's desire to keep the 911 at the top of their price bracket within the dealership, the 987-chassis Cayman should probably have been given the best engines available at the time. That would make way too much sense, wouldn't it? How great would a 987 Cayman R have been with a Carrera S engine like the most recent Cayman GT4 has? Extremely great is the right answer.

Road Scholars is based in North Carolina, and we all know that the hot-roddin' down-home folk in those there parts really like their power to come with gobs of torque as well. Because of that, this little two-seat Porsche has been imbued with an X-powerkit engine from a 911 Carrera S that has been stroked out to 4.2 liters of furious buzzing insanity. As Matt Farah puts it, driving this car 'sounds like you're on the Mulsanne straight", and he's not wrong. Just listen to that incredible roar from the exhaust tips.

Now, the widebody kit and all of the extra grip from huge steamroller rear meats is really well and good, but we know first hand that the 987 Cayman chassis can handle that kind of power without the need for such extravagances. With this engine in an otherwise stock Cayman, you'd have a super potent car that looks like any other 'regular' car that you can pick up for $25,000 on eBay these days. Paint it Silver and you probably wouldn't even get that much attention from your neighborhood friendly. Matt mentions that you could probably buy a GT3 RS with the same kind of money as it would cost to build this widebody wonder, but given the choice, we'd much rather have the mid-engine balance and hellacious good looks. And you can take that opinion all the way to the bank, y'all.

With wide hips, race car aero, and 4.2 liters of flat-six power, this might be the best Porsche in history.