Why American Cars Don’t Do Well in Japan

It’s not so much a technological difference as a cultural one. 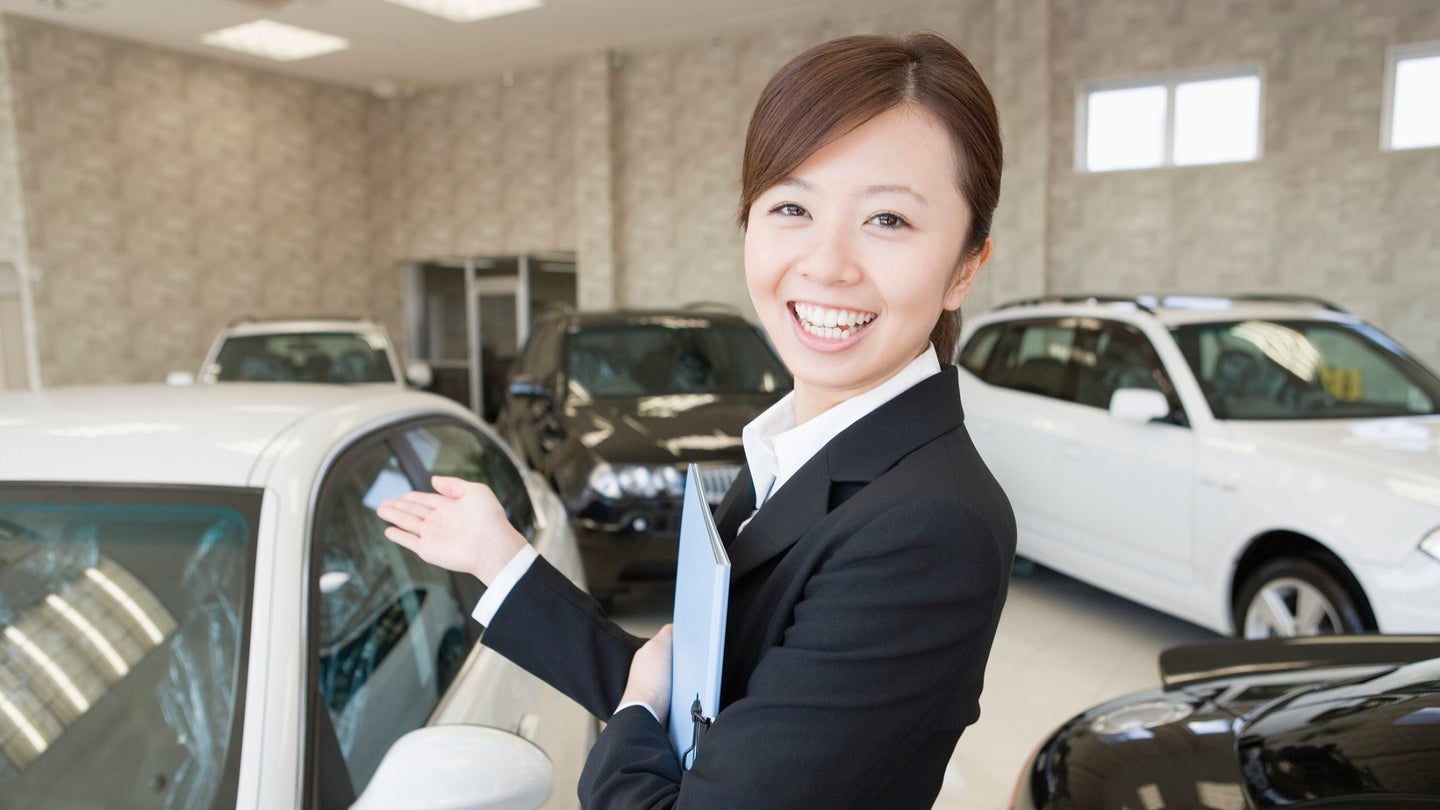 Traditionally, Japanese cars have sold well in America, but American cars have sold poorly in Japan. Conventional wisdom says that the reason is that Japan is excessively protective of its markets, making it difficult for manufacturers from other countries to compete, as President Trump has implied. Others claim that American cars simply aren't high enough quality to compete with Japanese offerings. This may have been true in the past—would you rather buy a Toyota Corolla or a Toyota-badged Chevy Cavalier? But The Atlantic reports that the reason American cars don't sell well in Japan is a fundamental misunderstanding of the Japanese relationship between customers and car dealers.

In America, most people would prefer a root canal to visiting a car dealer. We dread the stereotypically sleazy salesmen, the haggling, fighting against extra fees and add-ons, and pretty much the entire car buying experience. But in Japan, dealers form a close symbiotic relationship with their customers. They keep in touch to see when they're ready to buy their next car without applying any kind of pressure. When that time comes, they'll deliver cars to customers for test drives rather than have them come into the dealer. Dealers will often take care of customers' car insurance as well. Free maintenance is often included, picking up from and delivering back to the customer's home. Dealers give customers regular car washes, hang out, and chat about everything and anything. Basically, Japanese dealers form a genuine relationship with their customers, rather than seeing them as dollar (or yen) signs as some American dealers do.

This, more than trade deals or manufacturing quality, is why American cars haven't sold well in Japan. It's not the cars—it's the dealers. The high level of service that Japanese customers are used to takes a significant investment on the part of the dealer—an investment that American brands have apparently not been willing to make.

It's not impossible for a non-Japanese manufacturer to be successful in Japan. BMW has invested 580 million Euros into revamping their dealer network in Japan to more closely resemble what the Japanese expect. There are amenities such as a coffee shop. The dealership holds events inviting children to come race radio-controlled cars. Customers work with a "product genius" rather than a salesman, with a much more relaxed attitude about the process. Dealers even have special rooms for a special delivery ceremony that some customers like to have.

But rather than adapt to Japanese ways, American manufacturers have either lowered their expectations, as General Motors has to just 1,000 sales in Japan per year, or withdrawn from Japan altogether, as Ford has done. Yet Japan is the third largest auto market in the world behind the U.S. and China. It may take a bit of investment and a change of mindset to break into this market, but BMW has shown that it can be done.

Personally, I think the real reason American cars don't sell in Japan is that they still remember those awful Saturn commercials with Jim Gaffigan during the brief time Saturn exported the S-Series there.

They may still hold a grudge after that. I can't say I'd blame them. As the past owner of four Saturns, I apologize.

‘Try building your cars in the United States instead of shipping them over. Is that possible to ask?’