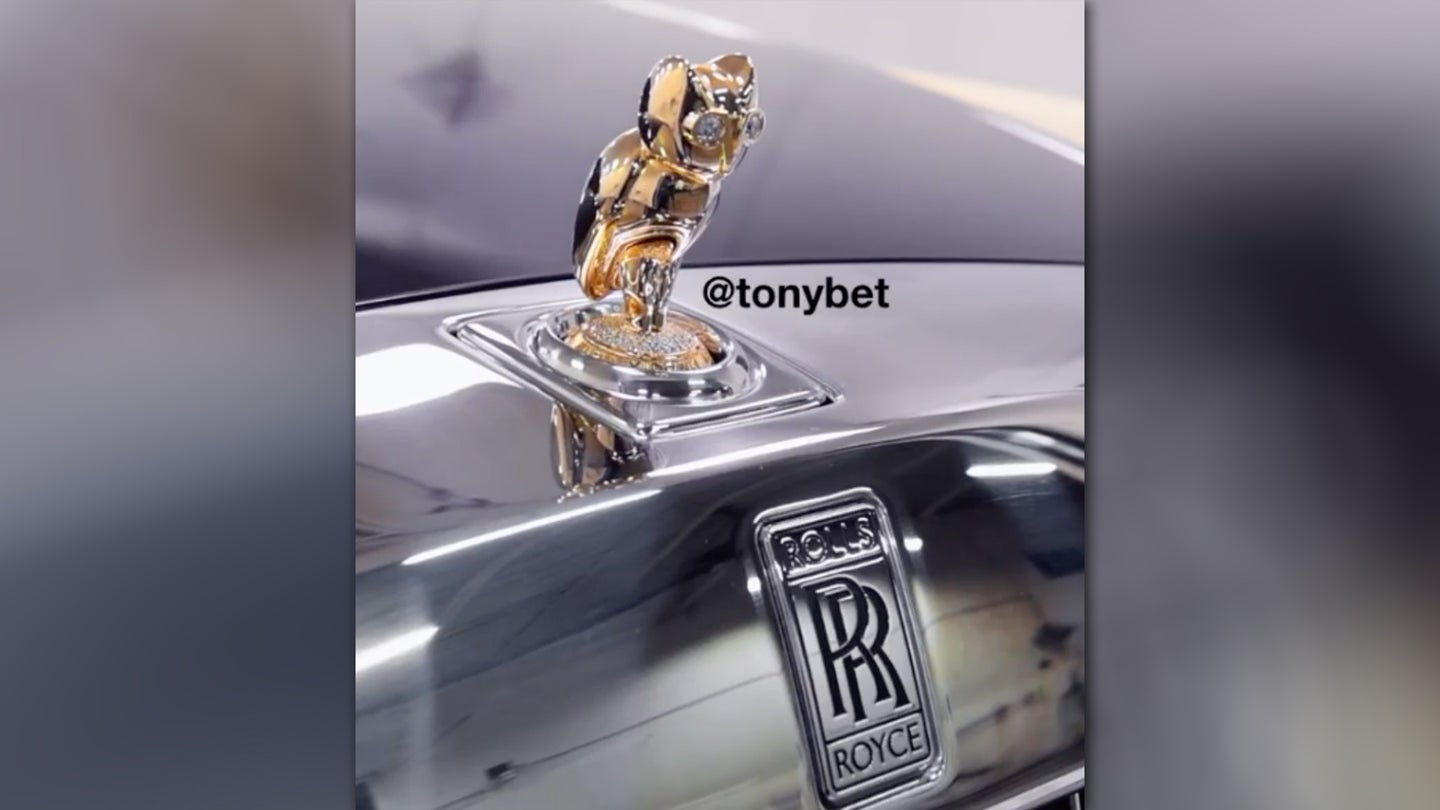 Despite being booed off stage last week, we aren't going to start feeling too sorry for rapper Drake because the Canadian multimillionaire just snagged a Rolls-Royce Phantom. And not just any Phantom, mind you, but one outfitted with Mansory's "Bushukan" package giving the ultra-luxury coach its on-brand cream and black two-tone paint job.

As if that wasn't opulent or personalized enough, Drizzy's new Rolls' Spirit of Ecstasy hood ornament has been replaced with a diamond-encrusted gold owl. The ornament's base has also been engraved with the 6ix God's full name, "Aubrey Drake Graham." For those not exactly well-versed in Canadian hip-hop lore, a gold owl is the logo of Drake's own record label, October's Very Own, or OVO for short.

As with most of Drake's extravagant rides, this one-of-one Phantom is the creation of Toronto-area car wrangler Tony Bet who worked with Raffi Jewellers and Hearts on Fire Diamond Company to design and realize the golden owl ornament.

It's unclear how much the whole thing cost—it's tacky to discuss finances—but to give you a frame of reference, a stock, untouched Rolls-Royce Phantom from the factory costs $450,000. A very far cry from Aubrey's first car, a 2004 Acura TSX. (Notably, not the third-gen TL that appears on his 2019 Care Package compilation album.)

Back in May, Drake was gifted a private Boeing 767 jet from Canadian cargo airline CargoJet. Christened as "Air Drake," the plane features, you guessed it, a giant OVO owl on the side of its hull.