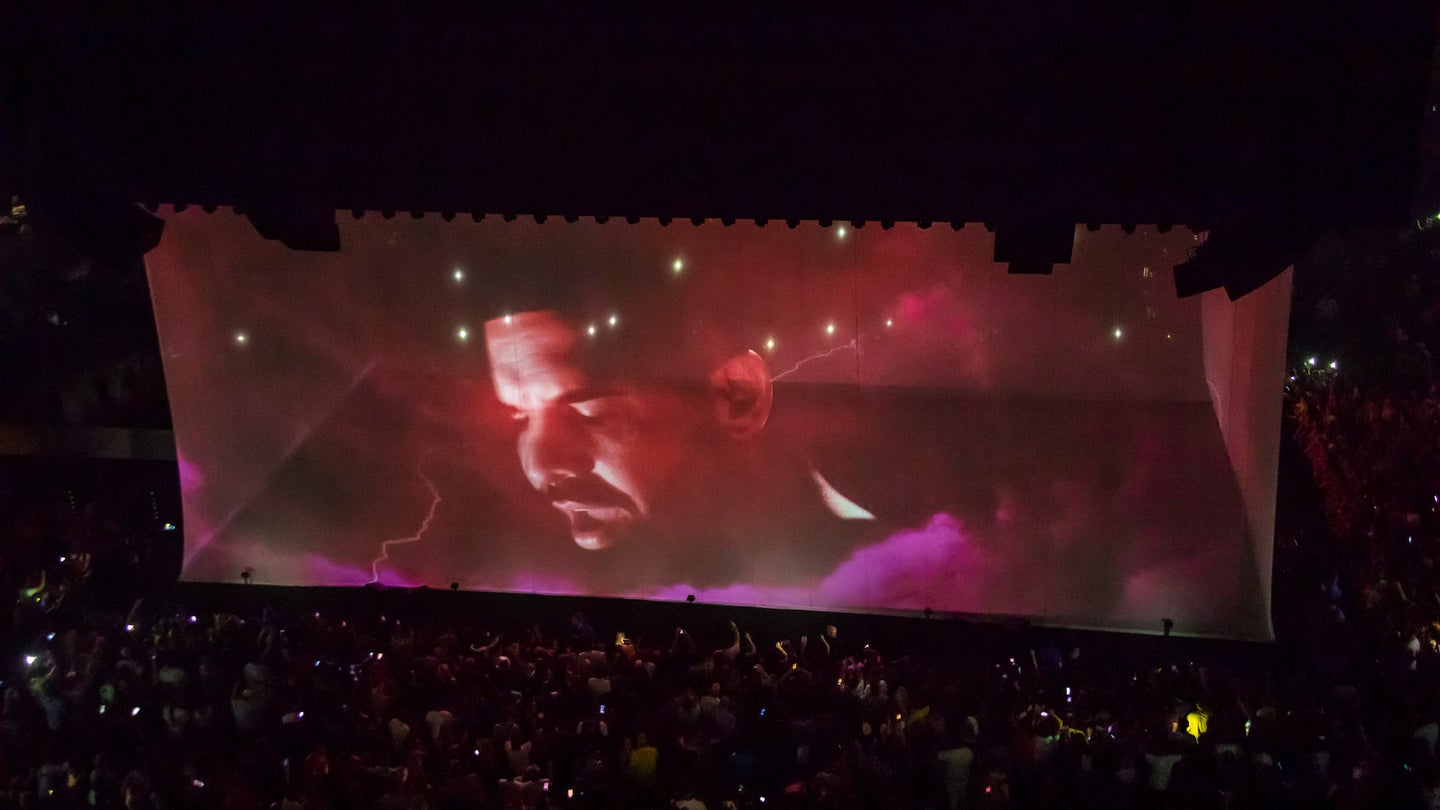 Drones have become quite the asset for performers, in terms of elevating the stage production from the mere use of lighting and decor to adding an alluring futuristic flair. With Eminem revealing the cover art of his latest album through aerial footage of Detroit and Lady Gaga displaying a swarm of drones during her Super Bowl performance, it certainly seems like audiences across the world have been introduced to UAVs via pop culture phenoms in recent years, and hip-hop superstar Drake is the latest to join that effort.

According to ZD Net, Verity Studios produces orchestrated drone performances for a wide variety of clients and events, and it recently garnered $18 million Series A funding for its memorable and impressive drone services. In terms of publicity, getting Drake to introduce the company’s aerial choreography services to sold-out shows of up to 50,000 people is certainly a substantial business venture. Naturally, Verity co-founder and CEO Raffaello D’Andrea is pleased with the collaboration, to say the least.

“When the Drake team approached us, they said they wanted something that had never been seen before,” said D’Andrea, who also co-founded Amazon Robotics. “Our drone choreographers worked in partnership with Drake’s creative team to come up with various concepts for the show, like geometric shapes and drone tornadoes, before deciding on the final choreographies. What the teams created together is visually stunning.”

Let's have a look at the company's reel to get a better sense of what they actually do.

This isn’t the first time Verity has worked with famous entertainers, either, as the company previously worked with Metallica and developed similar drone choreographies for Cirque du Soleil. For a company that was founded a mere four years ago, that’s a pretty respectable list.

For now, you’ll have to actually attend one of Drake’s shows to see the Verity drones in action. It's "God's Plan," after all.

The rapper spent $600,000 to jump the waiting list for the pricey luxury car.

An irresponsible Australian flew his UAV above the concert last week, securing himself a hefty fine for breaching numerous drone regulations.

The hundreds of coordinated Intel drones actually performed earlier in the week.