For farmer Jean Kuiper, the use of drones and Aerobotics’ aerial data analysis software has resulted in a 30-percent decrease in pesticide reliance. 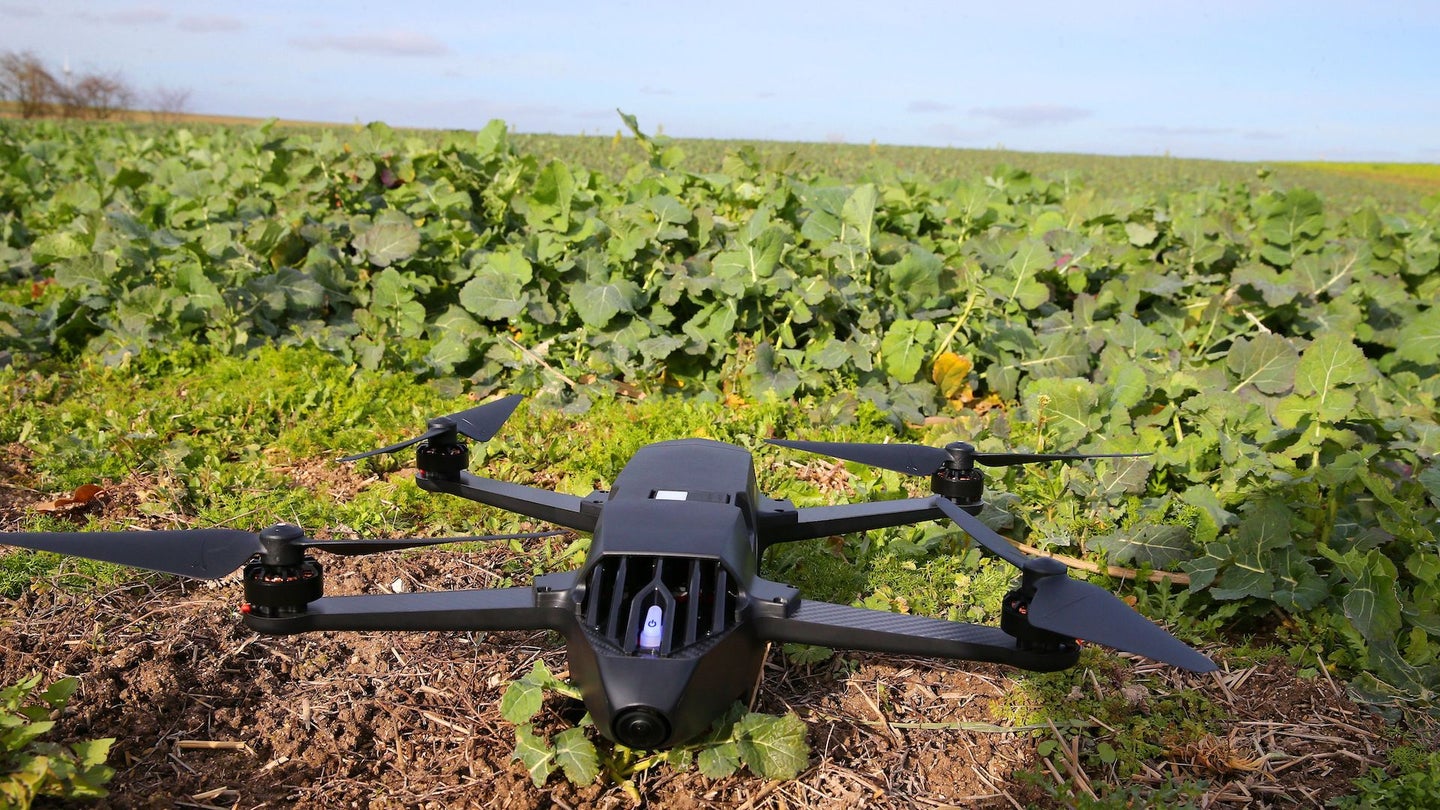 The agriculture industry has increasingly gravitated toward unmanned aerial systems (UAS) in recent years, as drones and sophisticated imaging software can affordably provide farmers with the data they need to maximize crop yields and reduce costs wherever possible. According to Cape Business News, as the owner of Rosenhof Organic Farm near Cape Town in South Africa, Jean Kuiper’s decision to use drone technology from Aerobotics has led to a 30-percent decrease in chemical input required to control pests hampering her crops.

The Cape Town-based drone data analytics firm uses sophisticated machine learning software and high-definition aerial imagery to monitor and survey the progress of crop growth in farms across the globe. The cloud-based app, Aeroview, can count individual plants and trees and collect data such as their health, height, volume, and more.

For Kuiper, the ability to reduce her need for chemicals to maintain her crops has been a huge boon. She claimed that not only were insecticides stressful for plants, but that they’ve staved off helpful, natural predators that feed on the plants, as well. “We need to improve soil health to improve human health and the less chemicals we use, the less toxic we make it,” she said. Fortunately, Aeroview seems to have alleviated nearly a stunning third of her problems, in this regard, as the software allows for more nuanced, case-by-case use of these chemicals.

“That information is invaluable to the farmer, because he knows that orchard has a particular problem and sprays accordingly,” she said. “He doesn’t just go and spray the whole lot, he sprays what he needs, and immediately he will drop his chemical input by 30 percent. That’s our experience on the farm.”

We’ve reported on drones in agriculture before, and with good reason, as aerial technologies are seemingly shifting and improving how farmers do their jobs. From planting crops and monitoring their growth, to gathering data during the winter for a more prosperous season, drones and their corresponding data analysis software have tangibly reformed how much of this is achieved. For Aerobotics co-founder James Paterson, who launched the company in 2014, it quickly became apparent how much potential this industry has for drone implementation.

“We started off quite broad, working on all sorts of aerial technologies, but we found the real value sitting in agriculture,” said Paterson. “There is so much data sitting here, when we started to measure that data using drones and satellites and then artificial intelligence and machine learning to leverage that data.”

Ultimately, the agriculture industry and independent farmers across the globe are only going to recognize the viability of these unmanned aerial technologies further as time goes on. Drones are simply too affordable and capable enough not to consider using them to maximize results and prevent future problems. With high-fidelity imaging and the ability to reach practical vantage points, alongside the data analysis software providing functional information to the user, Kuiper might be an early adopter, but will have an entire generation following in her footsteps soon enough.