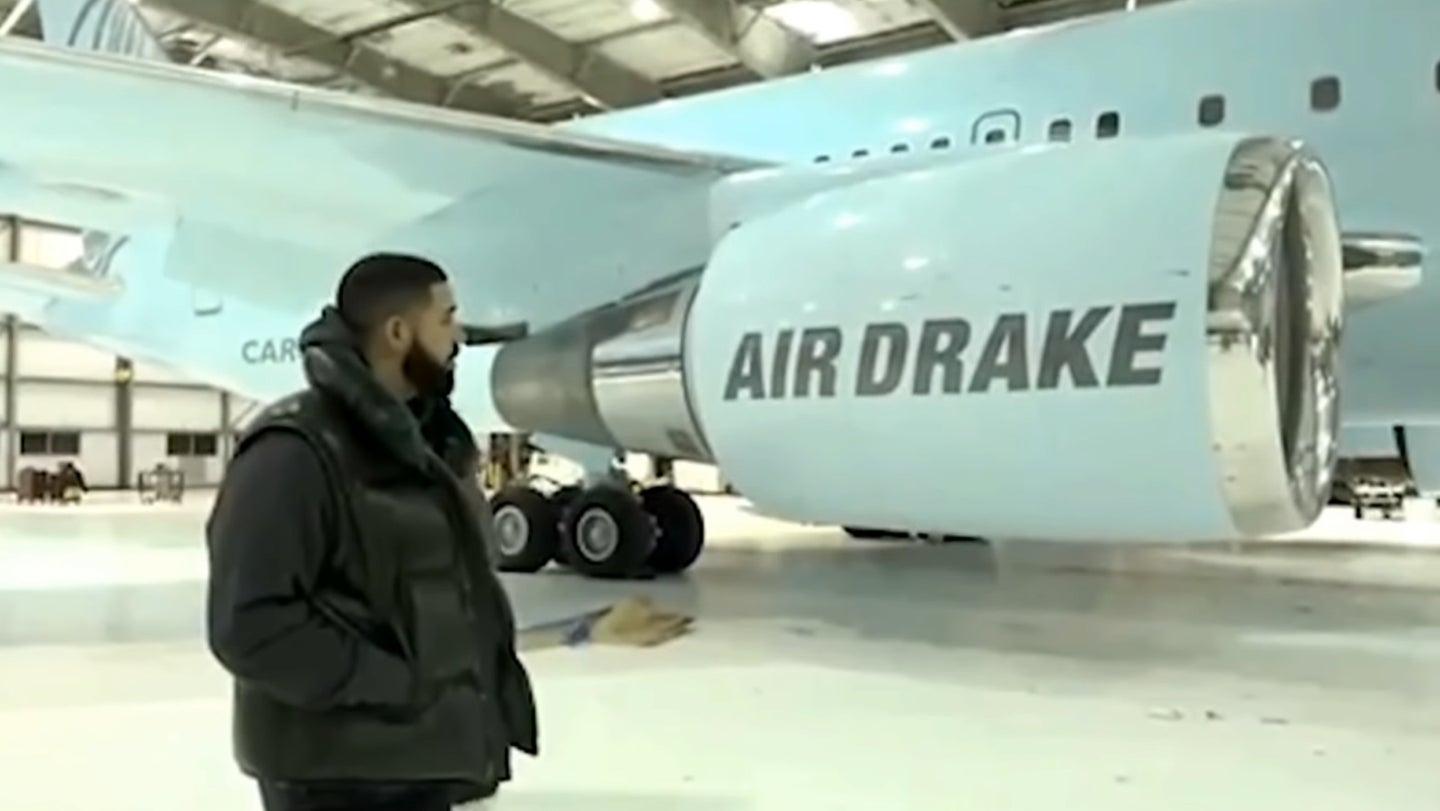 Influencers, it's time to up your grift game. We all know you can score everything from free chips to hotel stays in exchange for the "publicity," but you've all just been upstaged by Drake. Drizzy's actual influence in being one of the world's hottest rappers just scored him a free plane, according to TMZ.

Drake showed off his incredible "Air Drake" Boeing 767-24Q(ER) last month, which looked more like an upscale living room inside—both in furnishings as well as space. The spacious interiors have gleaming woodwork, gold-hued accents, and leather seating. Its baby blue exterior features two of Drake's personal logos and "Air Drake" written on the engines. It's a plane large enough to haul hundreds of passengers, only this one is all Drake's.

While Drake's nearly 23-year-old plane was picked up used, the renovation into the ultimate touring machine alone was estimated to cost between $80 million and $100 million, per E! Online. Drake, however, didn't pay a cent.

Yet now we know more about the terms of the deal, which means that Drake really didn't drop a couple hundred million dollars on a huge jet. Canadian company CargoJet gave Drake the plane in exchange for publicity. CargoJet knows Drake will travel the world as he tours, and this gives their airline a very prominent public billboard. All Drake owes them in return is to show off his private jet as often as possible.

That's already happening, with the plane showing up in the Bahamas this week, towering above smaller private jets on the runway, TMZ notes.

There's no telling as to whether Drake tells his passengers, "this plane's so good, you shouldn't get to fly for free," however. He's already pretended to be a flight attendant at least once already.