This car nearly broke the once-unfathomable 10 minute barrier at Pikes Peak last year and, if you have the money, it can be yours. 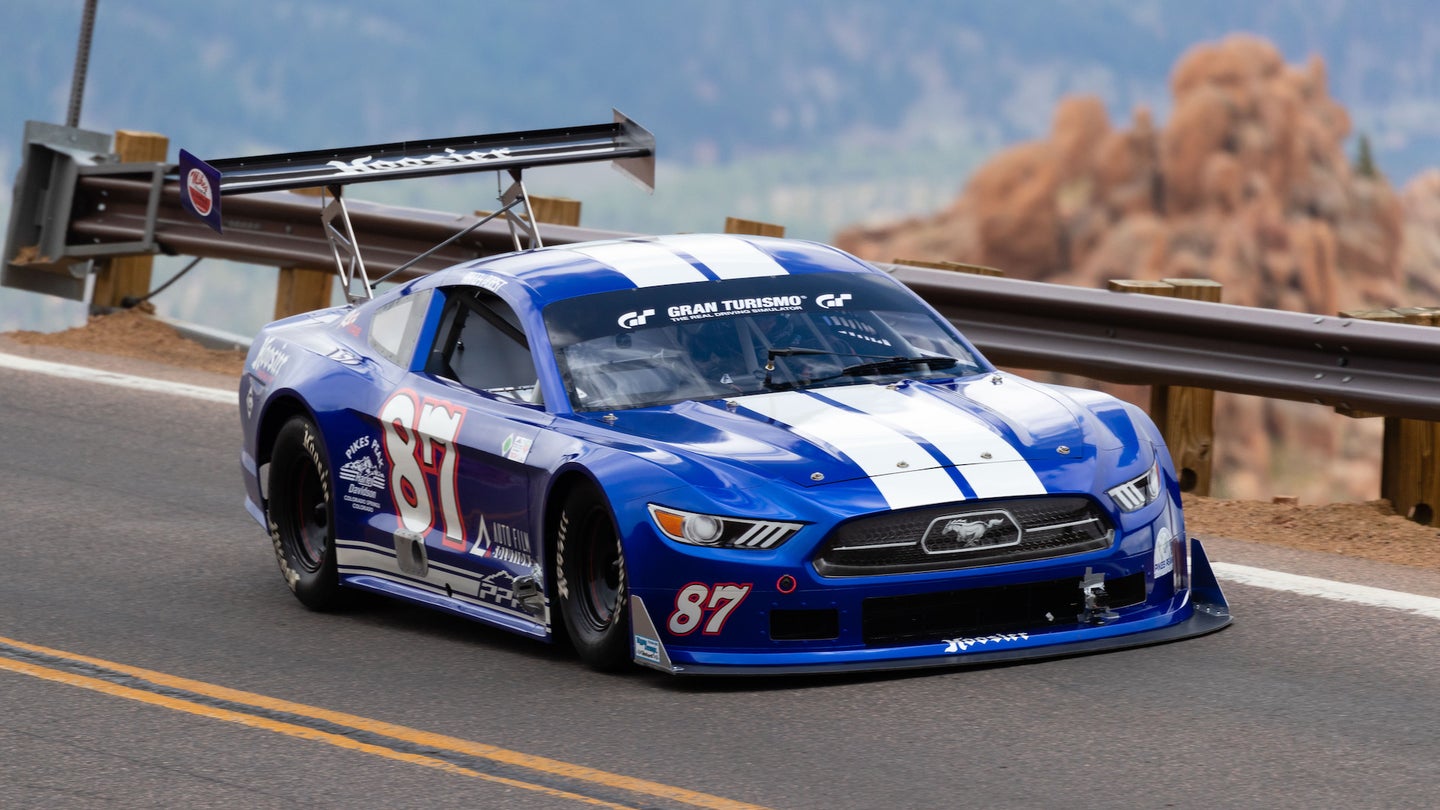 A Trans-Am Series-spec Ford Mustang raced by SCCA Hall-of-Famer Randy Pobst at the 2018 Pikes Peak International Hill Climb has surfaced for sale, and it's cheaper than a brand new Nissan GT-R.

Listed for sale on Race Cars Direct, the Ford in question was originally built to compete in the Trans-Am Series' cost-controlled muscle car class TA2. Though cars that race in TA2 are limited to less than 500 horsepower, this Mustang had its AEM ECU retuned to offer considerably more power. It's a modification necessary to keep the naturally aspirated Mustang competitive at Pikes Peak, where the racing starts at over 9,000 feet of elevation and finishes above 14,000.

Despite the handicap of natural aspiration, Pobst wrangled the Mustang to a third-place finish in the Open class, and 13th place overall of 77 entries. His time of 10:02.410 came agonizingly close to breaking the 10-minute barrier once thought unbreakable, but Pobst is a driver whose caliber is capable of crossing the threshold, given the right equipment.

Pobst will return to Pikes Peak this year, but he has gone to the dark side and will be racing in the Exhibition class behind the wheel of a Dodge Charger SRT Hellcat—ergo, no need for the Ford he ran last year.

And at a price of $99,900, this Ford still isn't easy to afford, but it's still cheaper than buying a new TA2 car outright. Having competed in only one short event, it probably has less than 200 miles on it and has had its oil changed five times in its short life. But considering that this is a true, pro-grade piece of racing equipment that costs $90 less than a 2019 Nissan GT-R, it may yet be the steal of the month.

Just don't assume you can take it home without a trailer.

Used to cast the original Mustang I concept’s wedge-shaped body, the molding has been stored away in Michigan for the past 50-plus years.