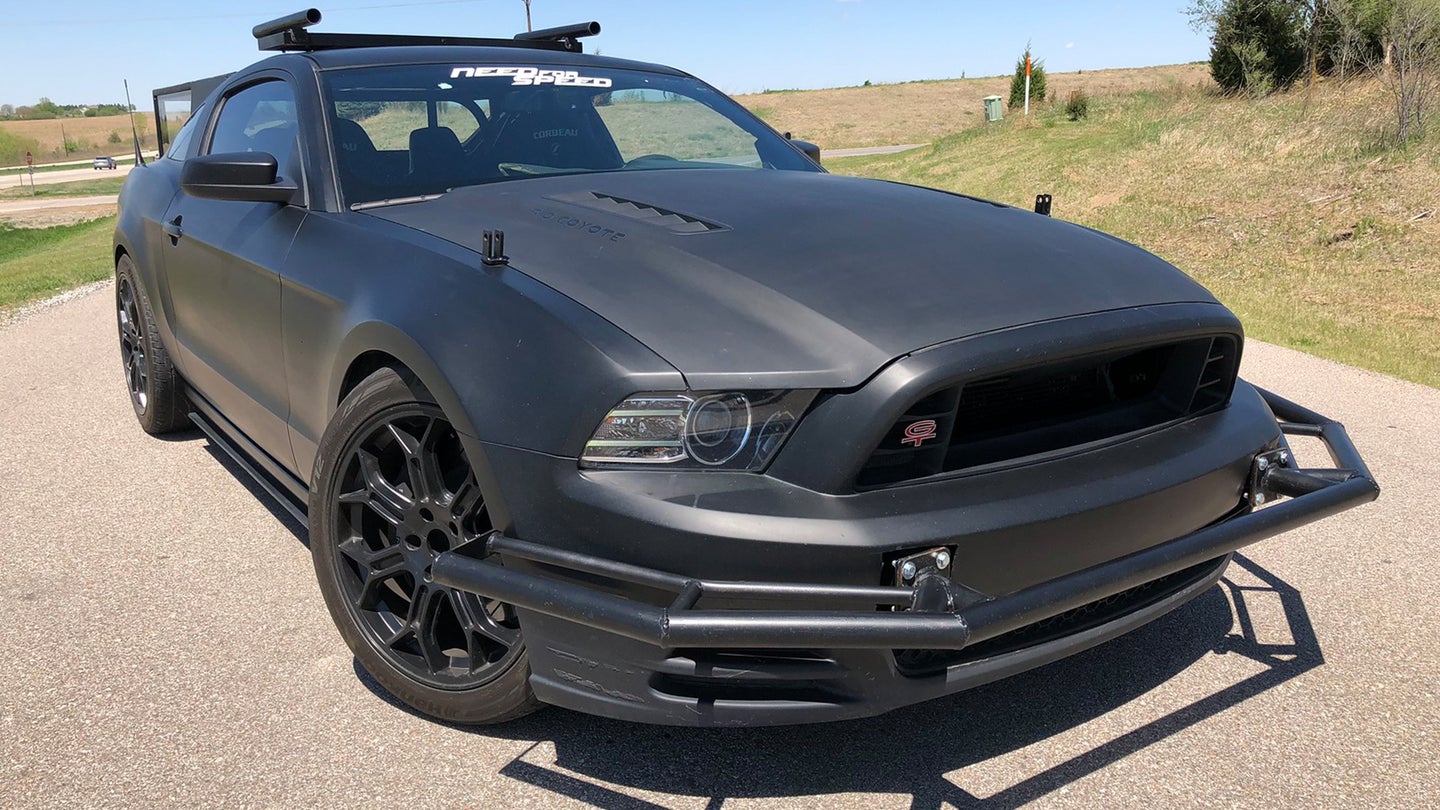 If you were coming of age when the Need for Speed video games were becoming popular, there's no doubt that you've wanted to own one of the cars you customized with obnoxious body kits and paint jobs during the 2000s. In 2014, the video game franchise took aim at the silver screen in a full-length feature film, and while most of us won't be able to own any of the multi-million dollar supercars featured in it, there is one car from the movie that we can afford: a 2013 Ford Mustang GT that found its way to eBay.

Before you get excited—no— it's not the 900-horsepower Mustang that Aaron Paul piloted. Instead, it's a uniquely outfitted Mustang that was used as a camera chase car to film the cars you recognize on the big screen. But don't give up hope, the Mustang still packs quite a punch.

Its 5.0-liter Coyote V8 produces a respectable 625 horsepower thanks to a Saleen-branded supercharger. To compensate for the increased power, the crew who built the car also fitted it with Saleen brakes on all four corners. A 3.73 rear-end, available in the Track Pack and Boss trims, was also added to the car to aid in acceleration.

Looking to the interior will find a mostly-stock Mustang with the exception of Corbeau racing seats along with a custom-built roll cage. Where things start to get interesting is the rear trunk area, which has been converted to house the camera operators and their equipment. Along the front and rear of the car are fabricated mounts which held gyroscopic cameras.

The Mustang was just one of several camera cars used on the set of Need For Speed. An Audi A6, Mercedes ML-Class SUV, and a Ferrari 458 were also outfitted to aide in the filming of the movie.

You might remember when this particular car went up for auction at Barrett Jackson Scottsdale last year. At the time, it sold for $38,500; only a few dollars off from the $39,900 asking price on eBay. So if you've missed your chance once and regret it, now is the time to redeem yourself, or perhaps consider a brand-new 10-second Mustang straight from the dealer for the same price. The choice is yours.