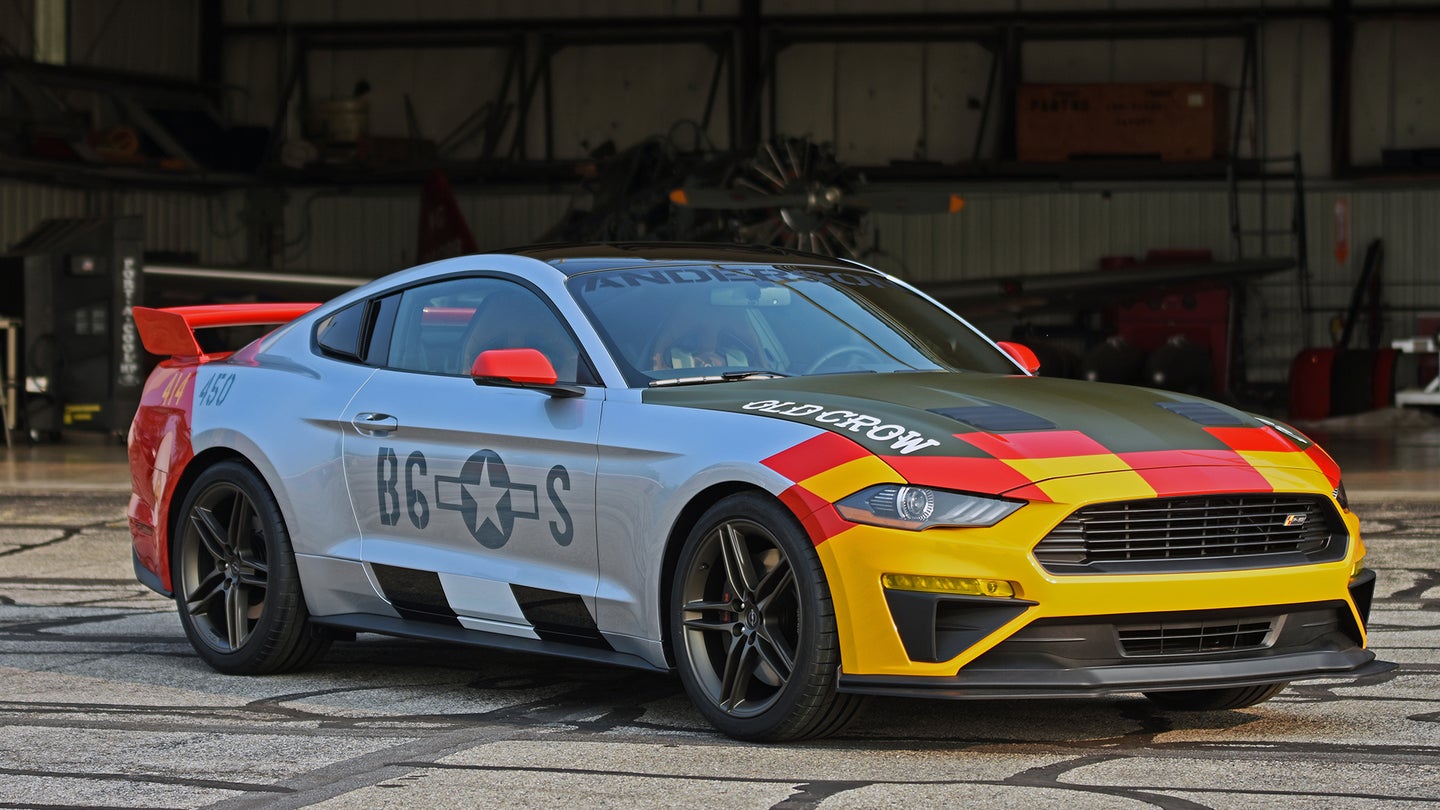 When most people think of the Mustang they typically think of Ford’s iconic pony car. However, the Mustang has a whole different meaning. Not only is it attributed to Ford’s halo car, but its nameplate is also shared with the famous P-51 Mustang fighter plane that essentially helped the North American Allied Forces beat the Axis powers during World War II. To commemorate this connection, Ford and Roush created this unique pony car.

The P-51 Mustang itself was known for its high-speed maneuverability and thus, the Mustang built to pay tribute to “Old Crow” is equally as fast. It starts life as a current-generation Mustang GT, but thanks to power upgrades like a Roush Performance TVS R2650 supercharge rand special Ford Performance active exhaust system with an integrated X-pipe, it produces a whopping 710 horsepower and 610 pound-feet of torque.

For instance, the body gets a custom paint theme with unique badging that matches the exterior of Col. Anderson’s actual P-51. A Roush rear bumper and Ford Performance lower front racing spoiler complement the unique exterior, along with a custom exhaust with blue-rainbow-tinted exhaust tips that mimic the ones found on P-51s. The hood also gains two front vents that simulate the heat vents from the fighter.

The interior hasn't been overlooked either, with military-green and canvas leather, Sparco seats with four-point harnesses, a red shifter knob for the six-speed manual transmission, and contrasting door handles.

“It is truly special to have the opportunity to honor a great American hero and a truly great friend of mine such as Col. Bud Anderson,” Jack Roush, Sr. said. “My father instilled in me a love of aviation and a deep respect for the brave pilots and airmen of World War II. Building this incredible ‘Old Crow’ Mustang, especially to support the next generation of America’s pilots, has been a very rewarding opportunity and one that we’re proud to share with the world.”

700+ horsepower cars are becoming the norm.

Ford’s P-51-Inspired Mustang and Spy Shots Of The Mercedes-AMG E63: The Evening Rush