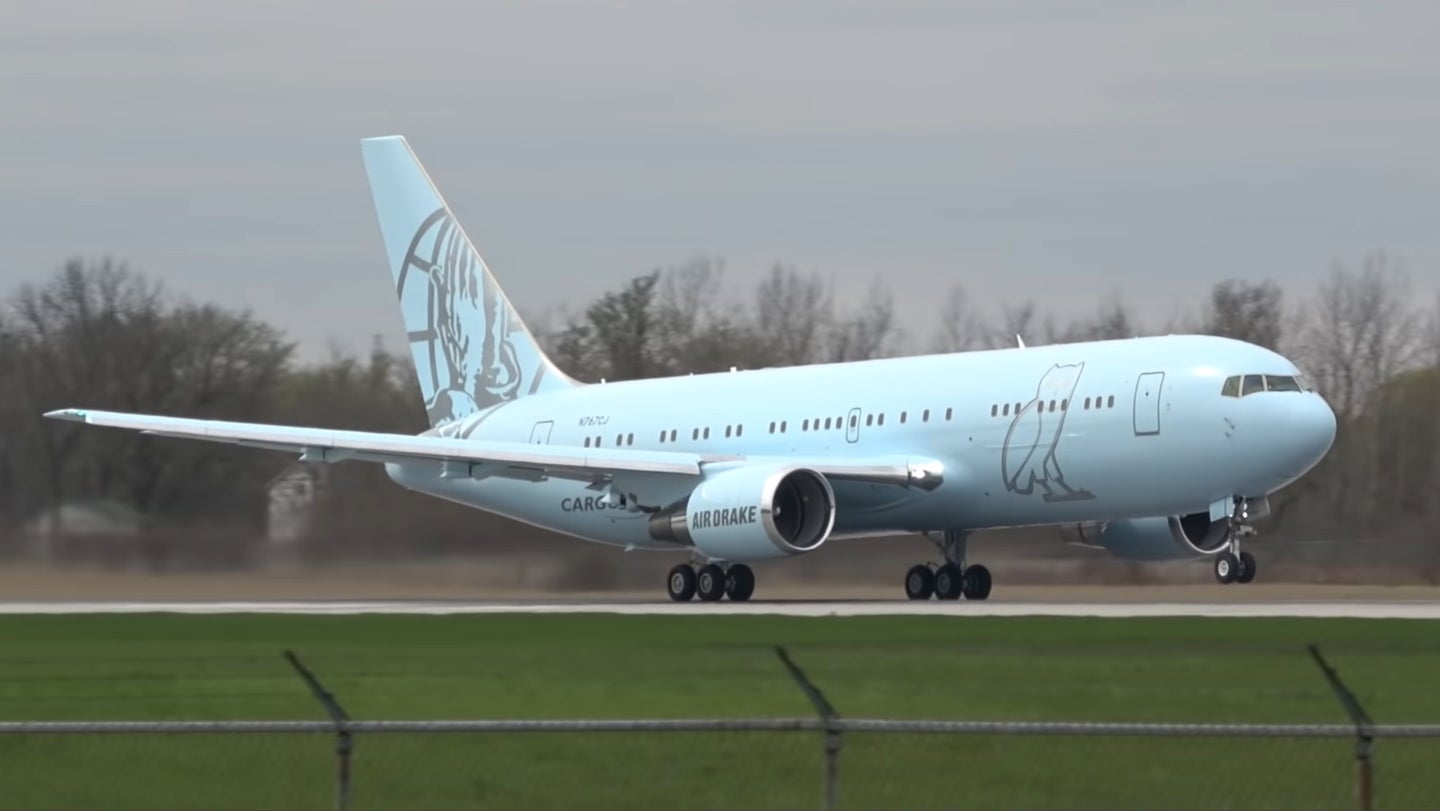 "No rental, no timeshare, no co-owners," said Drake of his newest purchase on Instagram. The 32-year-old rapper's new Boeing 767 plane is all his, complete with "Air Drake" emblazoned on the engines as proof.

The 767 is usually used for hauling cargo or hundreds of passengers, and a brand new 767-300F retails for an average of $223.3 million, according to Boeing figures cited by CNN.

While this specific Boeing 767-24Q(ER) now displays a number of nods to Drake's career and tastes, it's not a new plane built just for Drizzy. It's a 22.7-year-old jet that formerly served as part of Saudi Arabia-based charter airline Mid East Jet's fleet, according to PlaneSpotters data. Last year, it went to American-based Elan Express, and now, to Drake.

Drake got his new jet through a partnership with Canadian company CargoJet, notes E! Online. CargoJet Ajay Virmani has a cameo in Drake's plane reveal video towards the end.

Another tour shows off private rooms within the plane for when guests need some privacy:

Inside Drake's fly new plane isn't rows and rows for commercial passengers, however. There's a cushy interior with a massive flat-screen TV, leather seating, custom striped carpeting, and gold accents. It looks more like an upscale living room inside than any planes most of us are used to.

The exterior of the plane is pale blue and features Drake's praying hands logo as well as his OVO Sound label's owl logo.

How to Shop For Your First Private Jet

Step one: The jet must match your lifestyle. That’s important.

For $53 million, you get panes the size of doors and unprecedented atmospheric views.