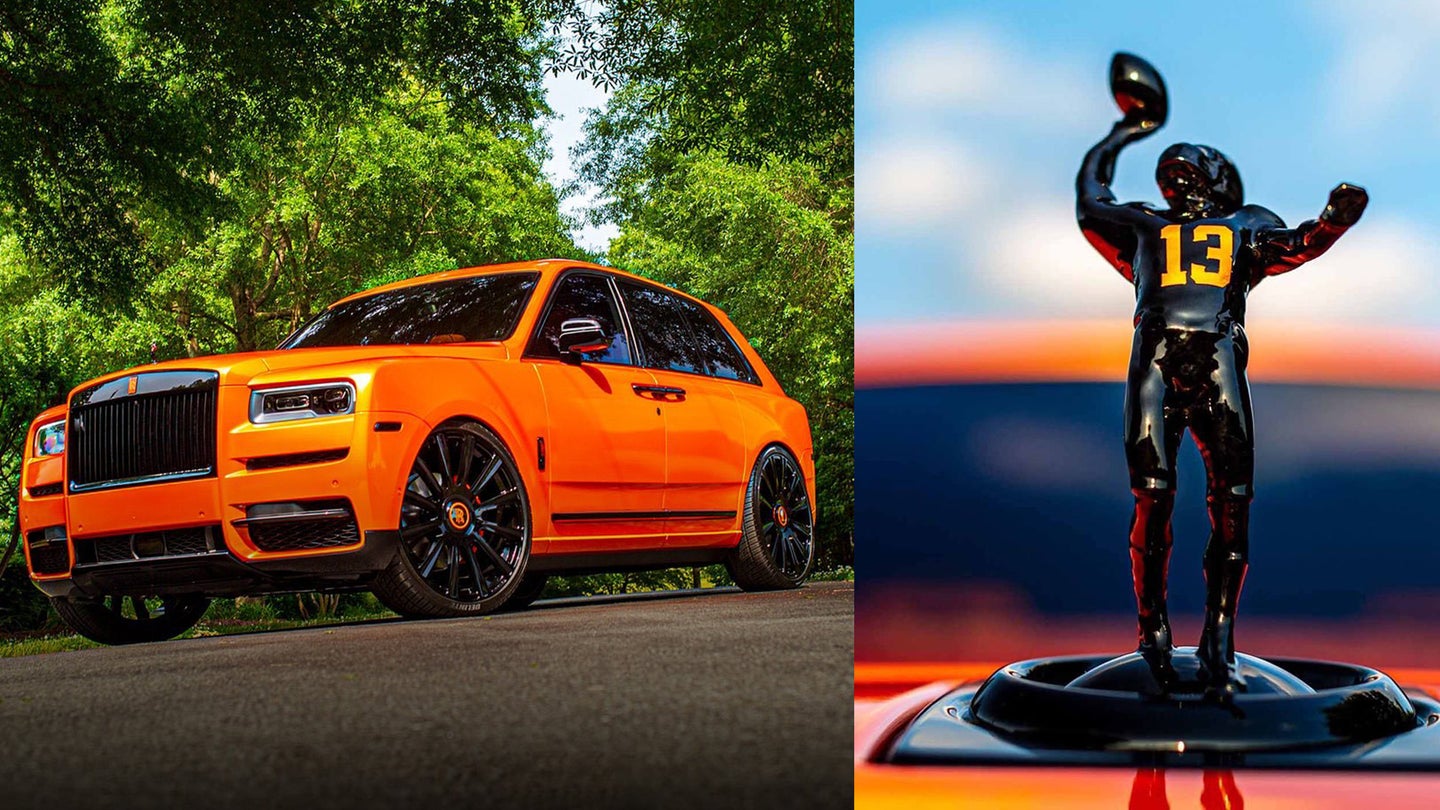 When you’re a renowned athlete like Odell Beckham Jr. playing for the Cleveland Browns after a four-year string with the New York Giants, chances are you’re going to splurge a bit to take advantage of the nice and lofty pay that comes with being an NFL star. And that’s what exactly Mr. Beckham Jr. did with a newly acquired Rolls-Royce Cullinan.

The well-known wide receiver shared his heavily customized Cullinan on his social mediums, making note of his biggest pride and joy with the car. That is, of course, a specialized hood ornament which replaces the traditional Spirit of Ecstasy for a figurine of him in his signature one-handed catch from his defining play against the Dallas Cowboys from the 2014 season.

But that’s not all as his Cullinan sports a bright orange wrap to match the color of his current team, blacked-out 26-inch Forgiato wheels complete with the floating Rolls-Royce center caps, ultra-dark Suntek Films window tint, and gloss-black shadow exterior accents.

Even the Cullinan’s luxurious amenities and appointments weren’t enough for Beckham Jr. as his fancy-schmancy ride features a custom sound system with a massive subwoofer boombox in the trunk by JL Audio, a completely bespoke starlight headliner made just for Beckham’s Cullinan, and more.

The build hails from Dreamworks Motorsports in Roxboro, North Carolina, which is known for customizing rides belonging to high-profile celebrities like Allen Iverson and Michael Jordan.

It might be a bit over-the-top, but you can't deny that it's at least entertaining.