A Lesson in Front Wheel Drive Oversteer: Mash the Gas 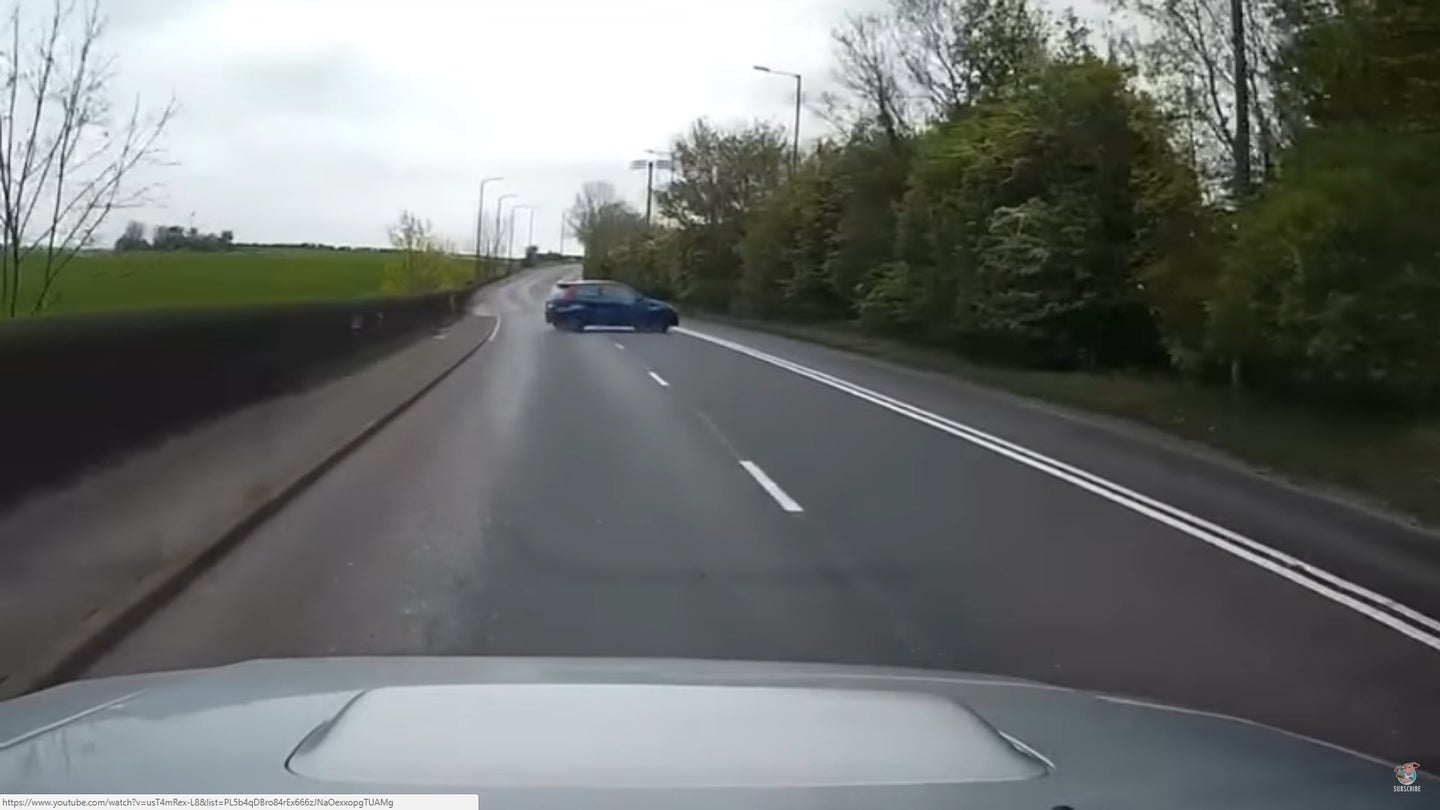 Snap oversteer is a beast of many names. Some call it just that while others refer to it as throttle-off oversteer, over rotation, lift-off oversteer, and a variety of things that indicate it relates to oversteering a car in a condition where you're not fully on the throttle.

A skidding car experiences an event that can be described using basic logic. When a car is taking a corner at high speeds, coupled with the weight transfer it experiences, the friction between the tires and the road cannot support the amount of force requested throught the turn. Because of this, the car begins to slide. Typically, in a front wheel drive platform, you're more likely to experience understeer if you're coming into a corner hot. However, if you're in the corner at a high speed and let off the throttle, your car's weight will shift from the rear to the front. This causes the phenomenon of snap oversteer.

But wait, doesn't a front wheel drive car tend to understeer? Typically, yes - but there are exceptions to most things. This is another lesson in how load forces affect the way vehicles turn. If you were to stay heavy on the gas in a turn, your cars weight is focused on the rear tires rather than the front, decreasing the friction of your front wheel throughout the turn. Now because the majority of the weight is on the rear, the car may push through the turn rather than steer through it.

Here is a practical example of a Fiesta ST experiencing snap oversteer. The car enters a left turn on-gas and let off after beginning the entrance without braking. This causes weight to move from the rear to the front of the car and permits the back end to push into the other lane. The driver attempts to correct by counter-steering (and almost has it!), but loses it again in an attempt to avoid traffic in the other lane.

Should something like this happen, conditions permitting, it is generally better to request more power by mashing the gas. Sounds odd - you're losing control, so you want more power? We actually want weight distribution. Allowing more weight to the rear wheels will start to straighten out your turn and bring the rear of the car back to center ("normal"). I've only ever experienced this once on the road in my own Focus ST, and using this simple technique helped me to easily regain control.

Obviously, all scenarios are different and the above might not be feasible to do, just like the driver above experienced. Here is another great video that shows how to control snap oversteer in different scenarios, using different platforms:

Really, what it comes down to is driving experience. Understanding how your particular car responds to how it is driven is key to controlling it in an adverse scenario. These types of driving experiences can also be learned through events like autocross, so if you're interested in motorsports, you should give it a try. Learning your car and bettering your driving is one of the best ways to stay safe on the road.