“The amount of debris is just beyond vulgar to think of,” a safety inspector said. 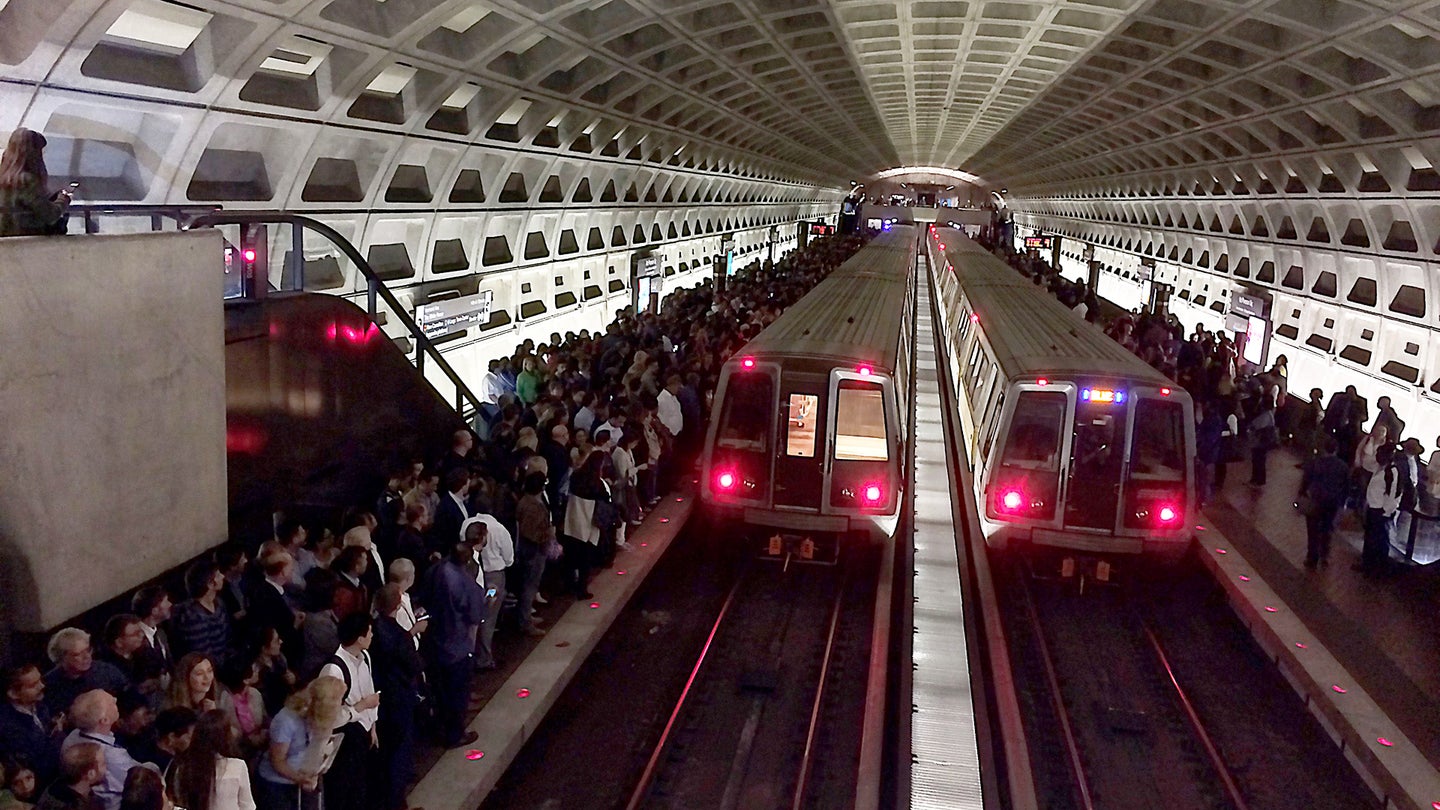 You don't have to be a denizen of our nation's capital to know that the Washington D.C. Metro is one of the most decrepit, least functional subway systems in the United States. And if a new report is to be believed, it's also one of the grossest.

As the Metro continues to be plagued by repeated, unpredictable track fires, transit authorities tell NBC Washington they've uncovered a gag-inducing potential cause—a deep, "felt-like" layer of human hair, skin cells, and other debris that's built up on the system's tracks, particularly around the high-voltage third rail that powers the trains.

The organic coating poses a very real—and very disgusting—fire risk, according to officials. And while these small conflagrations can shut down service and inconvenience tens of thousands of commuters, they can also be deadly. In 2015, one person was killed and 84 people were hospitalized when smoke suddenly filled the L'Enfant Metro station following an "electrical arcing event," in the words of the NTSB.

"I was flabbergasted—flabbergasted—at the amount of hair that's in the Metro," Brian Sherlock, a safety inspector with the Amalgamated Transit Union, told NBC Washington. "The amount of debris is just beyond vulgar to think of."

Frankly, we'd rather not think of it at all, but since we're already here, let's dig in a little bit. As Ars Technica points out, the average human sheds between 10 and 200 hairs a day, plus 500 million skin cells. Considering the Washington Metro has an annual ridership of almost 100 million, it's not totally surprising that humanity would leave a mark like this.

Metro General Manager Paul Wiedefeld admitted the problem to NBC Washington, adding that crews have stepped up their track cleaning efforts over the last few years.

"Hair literally comes off of people and off of clothing and gets sucked up," he said.