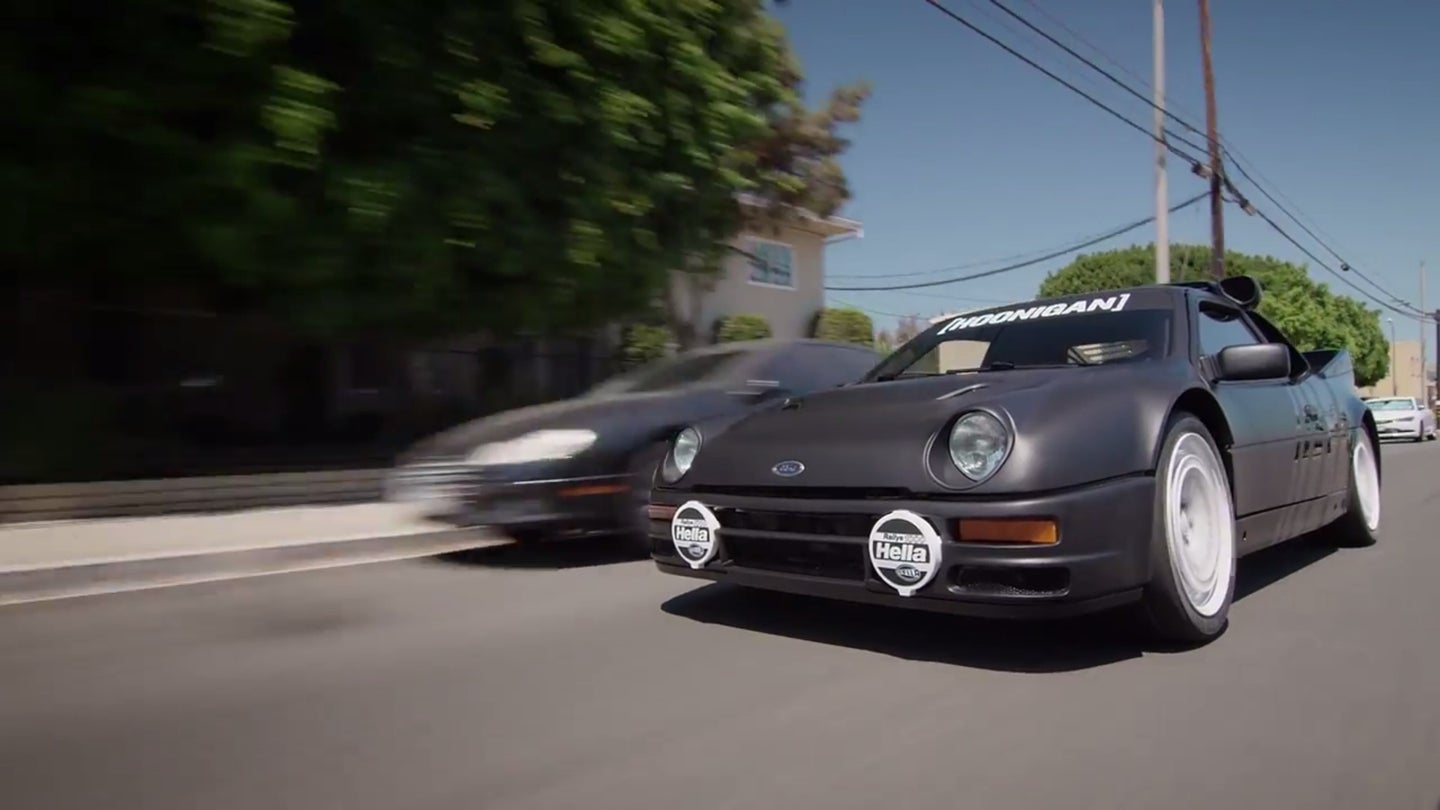 Earlier today Ford Performance released another video with its marketing goldmine, Ken Block. The video features Ken Block driving around in two of his daily drivers, a new Ford Focus RS and a Ford RS 200, to show off the heritage of the RS name which is claimed to be decades in the making.

According to the video, his RS 200 has 700 horsepower from its turbocharged 4-cylinder engine and is number 34 of 200 cars made while his Focus RS also powered by a 4-cylinder engine has 350 horsepower and is known for being the first Focus RS model sold in the United States. He takes his RS pair of daily drivers to a convenience store, a gas station, then goes to carve some canyons. The video is short and sweet and there are no burnouts or donuts which you are used to in a Ken Block video, but it is worth the watch.

The video has what I would call Grand Theft Auto-style to it, Block seamlessly changes between his two daily driver RS cars in the same locations in the same scenes while driving much like you change between items in the Grand Theft Auto video game series, instantly and seamlessly. It is hard to describe with words so you will have to see for yourself. Check out Ford Performance's video below.