You can rest easy when the former owner is the Swiss military. 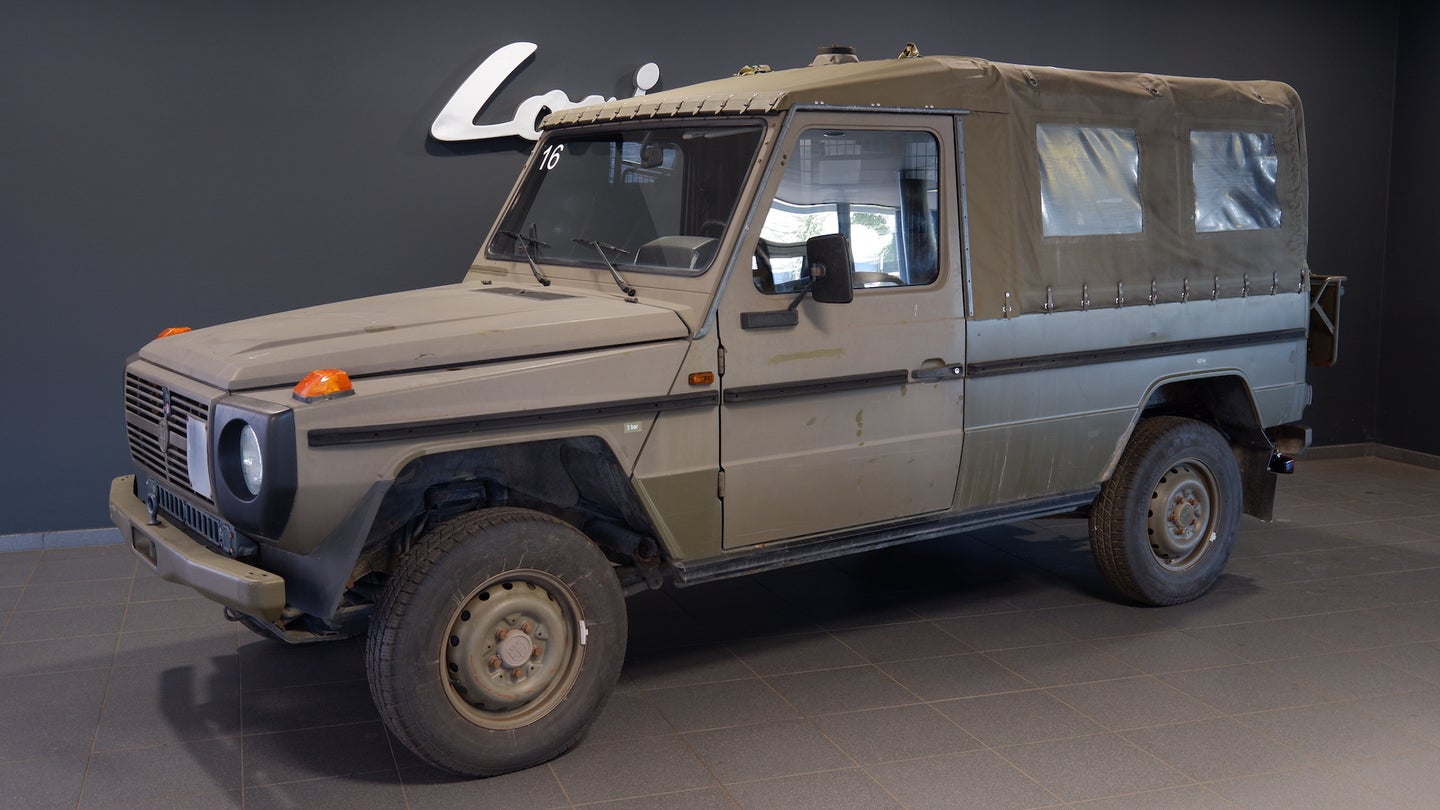 Let's face it. Almost everyone could use a Mercedes-Benz Geländewagen. Its built-in ruggedness makes it ideal for climbing mountains, and its image as a global status symbol makes it a bold fashion statement everywhere. Problem is, the 2020 G-Class at $127,650. But there are cheaper ways to own one—like buying one of the dozens of Swiss military surplus G-Wagens a German dealer is now selling for under $20,000.

This Teutonic treasure trove of 34 two-door, military-spec trucks is being sold by Autohaus Lorinser, a specialty Mercedes dealer attached to the larger Lorinser tuning empire. It presumably acquired these vehicles from a Swiss government surplus sale for pennies on the dollar, as the country's armed forces are the process of exchanging their fleets of Radwood-era G 230s for modern G 300 diesel models. The original Geländewagen was built by Austrian conglomerate Steyr-Daimler-Puch (now Magna-Steyr) beginning in the 1970s; it was sold as the "Puch G" in certain markets, which is why you don't see a three-pointed star on the grilles or steering wheels here.

These 461-series Puch Gs date from 1989 to 1996, and they're part of an updated continuation run of the first-generation truck that Mercedes kept up when it began luxing up the civilian model with the second-gen W463 for the 1990 model year. The old-style trucks are actually still being made for a select few applications, much like the J70 Toyota Land Cruiser.

So the badge may be different, but underneath it's the exact same legendarily capable truck, even if the basic Puch G isn't exactly a barn-burning AMG. Running a 2.3-liter Mercedes four-cylinder that makes just 113 horsepower in this application, it wouldn't out-accelerate a falling brick—but man, we know a potential off-road project when we see one. The G is famous for having three locking differentials (front, center, and rear), and with the right tires these ex-military trucks would be nearly unstoppable. There are also a variety of soft top and high-roof configurations available for either a fair-weather basher or an overlanding camper build.

We'll take any of them, really. All can be had for under $22,000, and 28 of them have already aged out of America's 25-year import restriction on new cars and are now legal for any stateside buyer willing to pay up and deal with the hassle of physically getting it over here. Twenty grand still isn't pocket change, but remember—you're paying for a one-owner military vehicle previously maintained by a country known for its exacting precision. It'll last you a good long time.