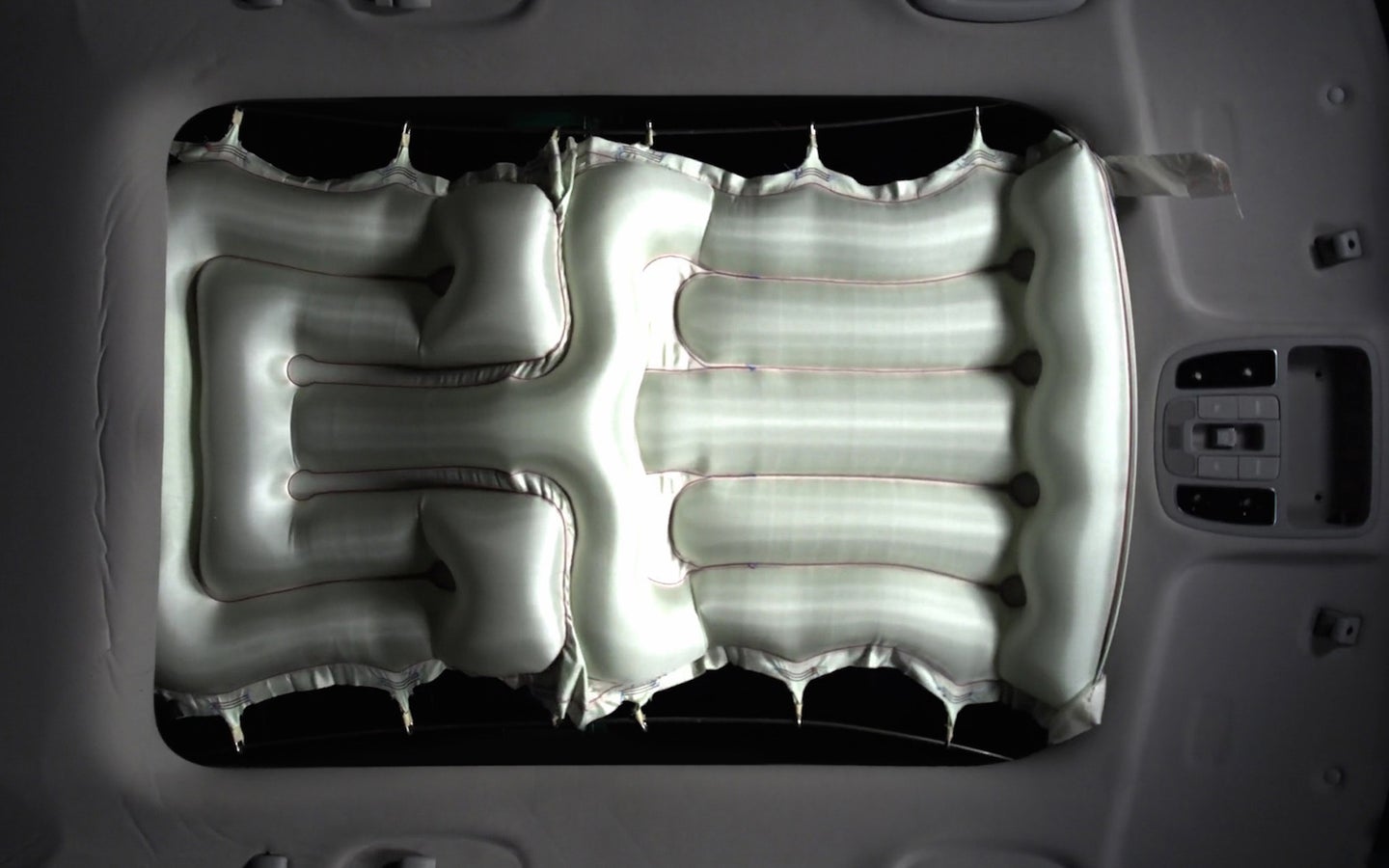 Panoramic sunroofs are notoriously dangerous. In the past six years, Hyundai recalled its Veloster models for shattering glass, Audi recalled its Q5s for leaking water, and numerous Ford models were recalled due to faulty sunroofs.

While some companies resolved the issue by eliminating the technology, Hyundai created a special airbag in attempt to make it safer.

The airbag, made of special tempered glass, is located inside the sunroof and will open at the speed of .08 seconds when the vehicle is in danger. For example, the sensor can detect if the car is rolling over and the airbag will inflate.

Hyundai, which has been producing airbags for the past 15 years, tested the sunroof airbag with heat and vibration resistance tests. The Korean auto giant is the first company to mass-produce airbags for a panoramic sunroof.

Though car companies—Hyundai included—have incurred lawsuits with panoramic sunroofs, the technology is set to remain a popular feature in cars. Companies currently invest about $4 billion in sunroofs, and the amount is expected to hit $11.4 billion by 2024. Sunroofs have become popular because people want safe cars with luxurious additions.

“Consumers are increasingly demanding luxury cars with built-in sunroof features thanks to increasing disposable incomes and exposure to an increasing number of automotive companies,” stated a Transparency Market Research analyst in a recent report.

Hyundai's sunroof airbag won’t be in cars until 2019 but expect to see it in Hyundai’s Kona and Genesis models among its other SUV’s.

GM Reportedly Gets Patent for Airbag on the Outside of Vehicle

Pedestrian protection in mind as automaker takes on an issue behind about one in seven U.S. traffic fatalities, Detroit Free Press says.