The embattled Japanese company will sell most of its remains to a U.S.-based company for $1.6 billion. 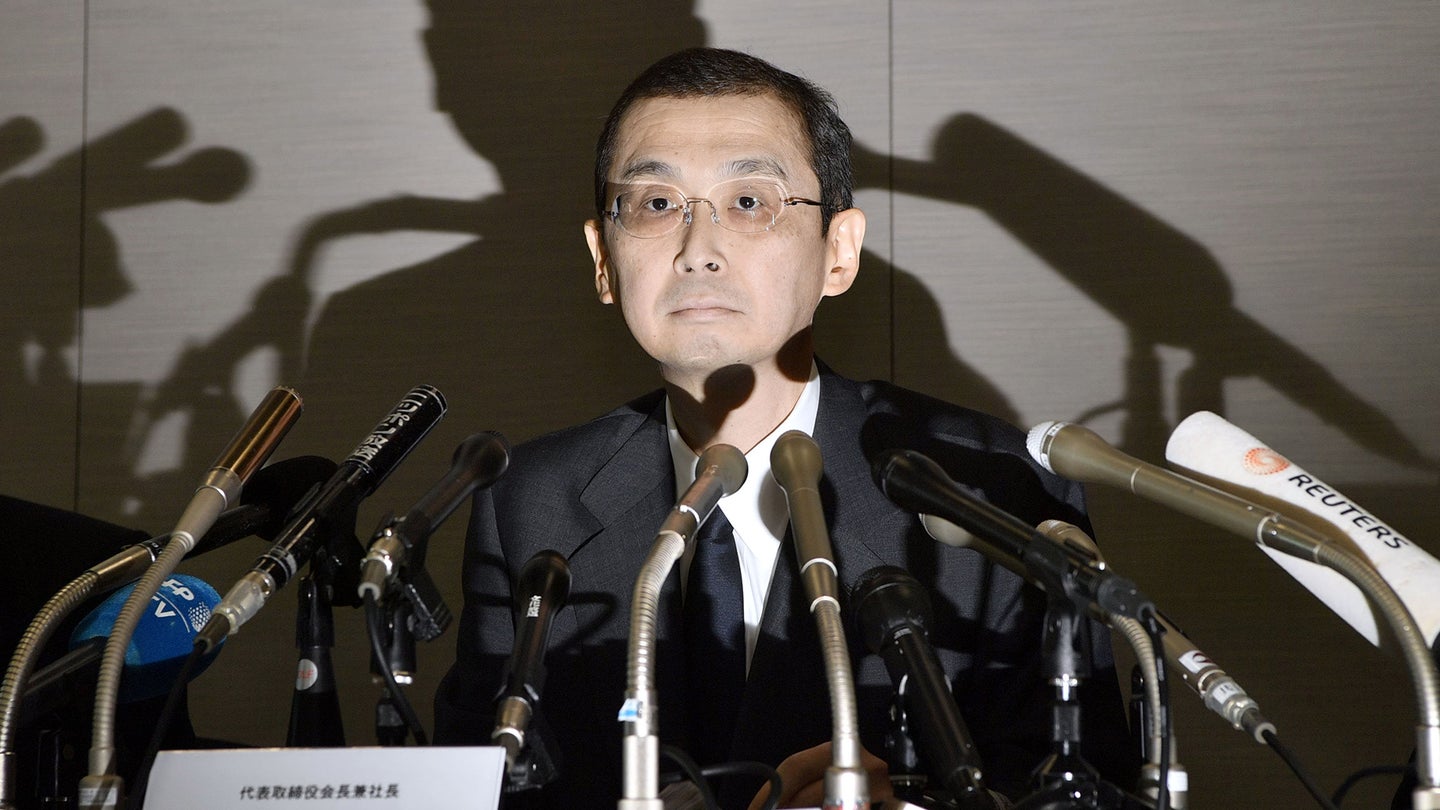 It finally blew up in their face. Troubled Japanese airbag manufacturer Takata filed for bankruptcy early Monday in a move that had been widely expected for some time, as the scale of its enormous airbag recall that has been tied to at least 16 deaths brought it down.

In a Tokyo press conference, CEO Shigehisa Takada (pictured above) said the company had no option but to sell off the company's assets in order to find the cash to deal with the mounting pressures and responsibilities of the worldwide recall, according to Automotive News.

"If things are left as is, we are aware of risks that we may not able to raise fund and to continue stable supply of products," Takada said, AN reports. "In light of the management environment we face, the state of negotiations with the sponsor candidate and carmakers, and the external expert committee's opinion, we have decided today to file for bankruptcy protection."

Michigan-based-but-Chinese-backed Key Safety Systems announced separately that it would work with Takata to develop a restructuring plan allowing the U.S. company to purchase the Japanese company's assets and operations around the world for $1.59 billion. The deal would cover almost all of Takata's resources, with the exception of items relating to the ammonium nitrate airbag inflators that prompted the wide-ranging recall of millions of vehicles. Those assets, Key Safety Systems said, would likely be run by Takata after the company's reorganization, and eventually wound down.

However, even that $1.6 billion infusion is unlikely to be enough to pay for the rest of Takata's airbag-related responsibilities. Independent reports have estimated that the company's potential liabilities could be as high as $10–15 billion, according to AN. As a result, automakers will be forced to deal with much of the financial burden for the recalls.

So far, more than 100 million faulty airbag inflators—which can explode with excessive force, sending shrapnel into a vehicle's occupants—have been recalled around the globe, according to the Associated Press. The recall involves more than 40 million vehicles in the United States alone. Many of those vehicles still remain a potential threat to their occupants; earlier this month, Florida senator Bill Nelson said only 15 million of them have had their faulty inflators attended to.

In February, Takata pled guilty to felony charges in U.S. court as part of a $1 billion settlement