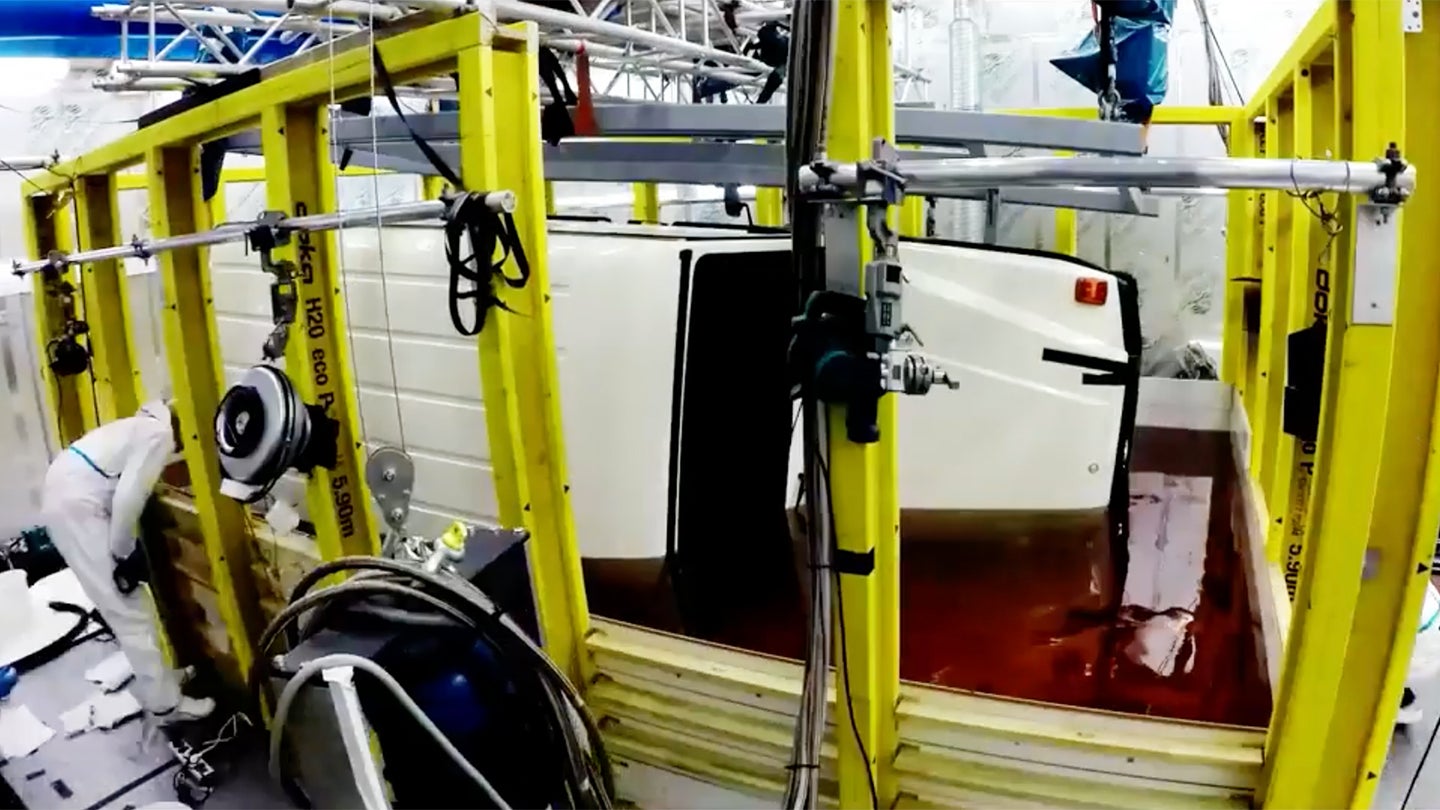 The original Mercedes-Benz G-Class was an extant dinosaur in automotive world, soldiering on mostly unchanged for nearly four decades after its introduction in the late Seventies. But with the all-new 2019 model evolving onto the scene, Mercedes wanted to celebrate and preserve its DNA in the most fitting way possible—by encasing an original 1979 Geländewagen in over 50 tons of amber-colored resin. Y'know, like a certain cane-topping mosquito.

"Stronger Than Time," as the project is titled, caused quite a stir when it was revealed at the 2018 Detroit Auto Show back in January. Some loved the Jurassic Park reference, others thought it was a waste of a perfectly good truck, but everyone wondered just how the company managed to suspend the G-Wagen in a perfect cube. Well, a new behind-the-scenes video answers all your burning questions.

Working in a facility that looks more like a dino-DNA lab than an art studio, the team hoisted the vehicle into the air, tipped it on its side, and suspended it in a large, cube-shaped chamber with open sides. Then the long pour began, with over 10,000 gallons of resin filling the space around the truck layer by painstaking layer as side panels were slowly built up around it to act as a mold.

Conditions had to be perfectly controlled to prevent lines and bubbles from forming, but after 90 days the cube was complete. Unfortunately, all this took place in Hamburg, Germany—around 4,000 miles from Detroit. So after a little spit shine, the team packed up the frozen Geländewagen and sent it across the ocean on a container ship. Unlike so many important packages, it arrived at its destination intact and crack-free, ready to be displayed.

The downward, off-kilter angle of the 1979 G-Wagen is meant to suggest it was caught in the middle of an off-road expedition, engulfed by a giant wave of synthetic resin and preserved for eternity. And if you're still sore about the loss of an irreplaceable truck, remember—they can always drill into this one, snag some DNA, and bring it back to life.

Fossilize Your Own Car Kit™. Just add more than 44 tons of resin!