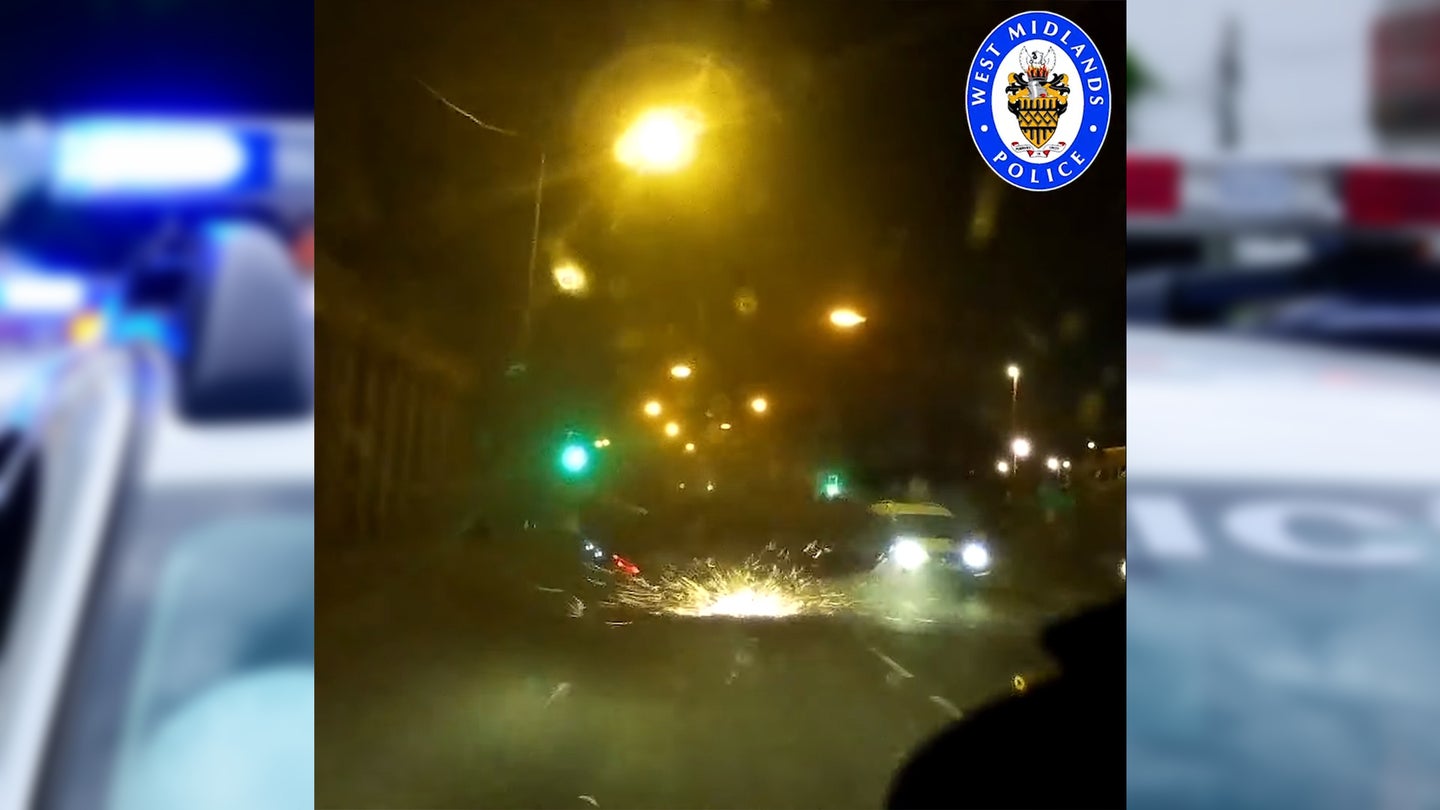 Dashcam footage from pursuing police car and an innocent motorist caught the moments when the driver of a late-model Mercedes-Benz C-Class lost control when attempting to maneuver around a couple of vehicles while fleeing police. As expected, the maneuver didn’t end well, as he clipped a center sidewalk divider and ricocheted off another motorist’s Ford Fiesta before coming to a rest.

According to the the West Midlands Police Department, the driver of the Mercedes-Benz is Jamil Khan from Birmingham, U.K. Local authorities released the video that captured the moments leading up to the accident, which includes an attempt to pull over the vehicle during a routine traffic stop just minutes prior.

According to police, officers originally spotted the 35-year-old racing a white BMW from a red-light intersection minutes earlier. Khan was also seen pulled over on the wrong side of the road, facing the wrong direction, seemingly dropping off another passenger in the middle of Birmingham’s city center. That’s when police attempted to approach Khan for the traffic stop. The C-Class is then seen speeding off into the distance with the police car in pursuit for a few minutes before the accident.

During the chase, Khan reportedly reached speeds of up to 90 mph through 30 mph zones before crashing.

Despite not wearing a seatbelt, Khan luckily survived the crash with just minor head injuries, according to police. Another passenger sitting in the front seat sustained only minor injuries, and luckily no other drivers involved were injured.

As a result of his poor attempt to outrun the police, authorities charged Khan and sentenced him to up to 26 months in prison and is banned from driving legally for the next four years.