The even had a custom foam jig which held all the phones simultaneously. 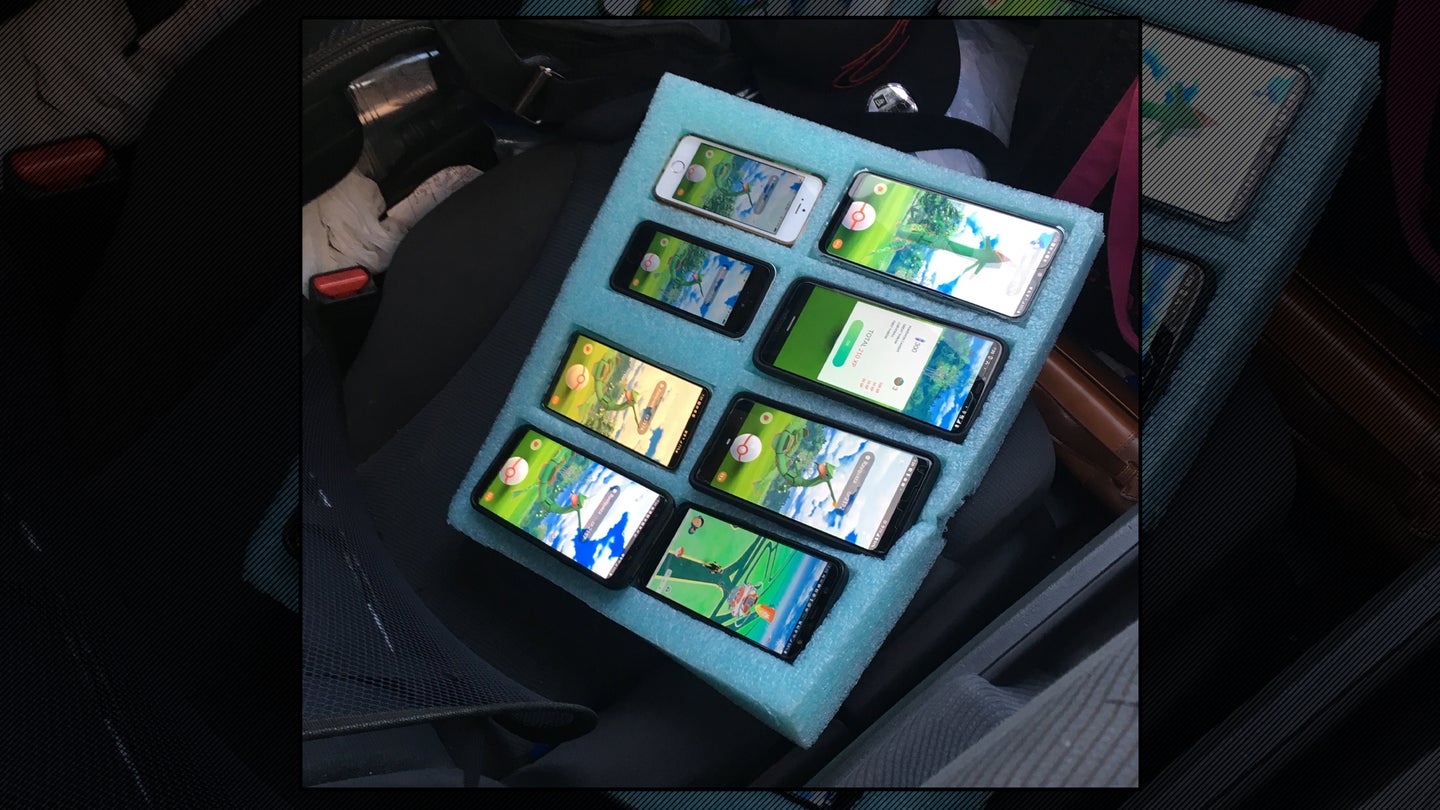 When Washington state trooper Kyle Smith pulled over behind a car that was stopped on the shoulder of a highway, he expected to provide aide to the driver of a broken-down vehicle. Instead, what he found was an individual behind the wheel of a car with eight phones, all of which were being used to play Pokemon Go simultaneously.

The officer reportedly walked up to the car and found an occupant in the driver's seat holding a blue foam block which was cut out specifically to hold each phone. Its sole purpose was to allow the person in the driver's seat access to each individual screen, and even easier access to the six Rayquaza he was attempting to catch.

Trooper Rick Johnson, a spokesperson for the troopers, tweeted a photo of the contraption late Wednesday morning.

According to the tweet, the driver agreed to put the custom jig into the back seat of the car and continue about their commute without any further distractions. Trooper Smith reportedly did not issue the driver a citation for the distraction, as the car was not observed to be moving while the phones were in use.

This is, however, a reminder that the shoulder of the road should be reserved for emergencies—and catching Pokemon doesn't count as one.

Developer Niantic says that if a Gym or Pokestop are in an inappropriate or unsafe location (like only accessible from the side of a busy road), the public can submit a form on its website to request that the point be modified accordingly. In 2016, the company made its game confirm if a player is a passenger in a vehicle above certain speeds to curb playing while driving.

Research Suggests That Pokemon Go Is Behind Hundreds of Traffic Deaths

Purdue University professors link people playing the game while driving to a marked increase in vehicular damage, injuries and death.